An edited version of this feature was the cover story in the December 2020 issue of Goldmine. 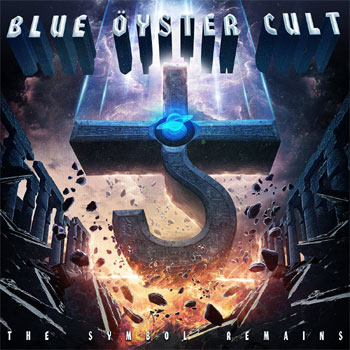 In the midst of a pandemic that has forced live concerts to disappear and the pace of album releases to slow to a trickle, one of rock’s most enduring acts is ending a long period of studio inactivity. Wickedly witty rock band Blue Öyster Cult released its fifteenth studio album, The Symbol Remains, on October 9. For fans of the group’s classic material, the collection of 14 new songs should prove to have been worth the wait.

Until very recently, rock fans whose primary exposure to music is albums – as opposed to live shows – may have held the mistaken impression that Blue Öyster Cult is no longer around. The Long Island, N.Y. rockers came on the scene in 1972, broke through in a big way in 1976 and again in ‘81. The band known for its hits “(Don’t Fear) The Reaper,” and “Burnin’ for You” and “Godzilla” released 14 studio albums between ‘72 and 2001. But then, it seemed, the music stopped.

But that’s not exactly what happened. The band – always a strong draw on the concert circuit – continued its heavy touring schedule. To date, reliable estimates place the number of live BÖC shows somewhere just over the 4000 mark; that works out to an average of about one concert every ten days for the last 48 years. Right up until early 2020 when stages across the country (and globe) went dark, Blue Öyster Cult stayed busy and on the road. But in an era when even the least prolific artists manage a new release every five years or so, fans hungering for new music from BÖC have seen their requests go unanswered for nearly two decades. 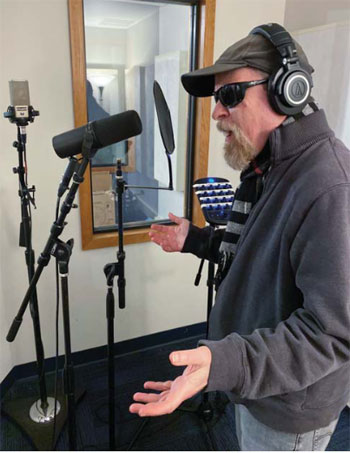 That all changed in October when the band roared back with The Symbol Remains, an album full of songs that display all of the qualities that fired Blue Öyster Cult’s 11-album chart run in the ‘70s and ‘80s. Hearing songs like “Box in My Head” and “The Alchemist,” it’s as if the band never left.

Lead guitarist and vocalist Buck Dharma (born Donald Roeser) fills in the gap concerning what might be thought of as the band’s years in the wilderness. “When we did Heaven Forbid [1998] and Curse of the Hidden Mirror [2001] for CMC Records, they weren’t commercially very well received,” he concedes. “So we figured, ‘Okay, we’ll just be a live act.’ And we were very successful at doing that, just playing gigs.”

Founded in 1967 as Soft White Underbelly (and known for a time as Oaxaca and then Stalk-Forrest Group), Blue Öyster Cult’s lineup would remain constant from 1970 through ‘81, a period that lines up neatly with its album-charting era. Guitarist Dharma was joined by lead vocalist and guitarist Eric Bloom, keyboardist Allen Lanier and the Bouchard brothers, Joe and Albert, on bass and drums respectively.

While core members Bloom and Dharma have been with the band from its inception as BÖC, the other members came and went. But the band’s current lineup has racked up quite a few live gigs in its time together: Jules Radino has been on the group’s drum throne since 2004, guitarist/keyboardist Richie Castellano has been on board since 2007, and even relative newcomer Danny Miranda has been playing bass in BÖC for nearly four years. But until the release of The Symbol Remains, the current lineup had never been captured on a studio recording.

“We didn’t feel any pressure to record new stuff,” concedes Bloom. “We were very busy on the road.” Noting that a great deal of effort went into making the commercial flops Heaven Forbid and Curse of the Hidden Mirror, he says with candor, “We didn’t really feel like working really hard to put out a product that nobody except the hardcore fans cared about. We figured, ‘Why bother?’” 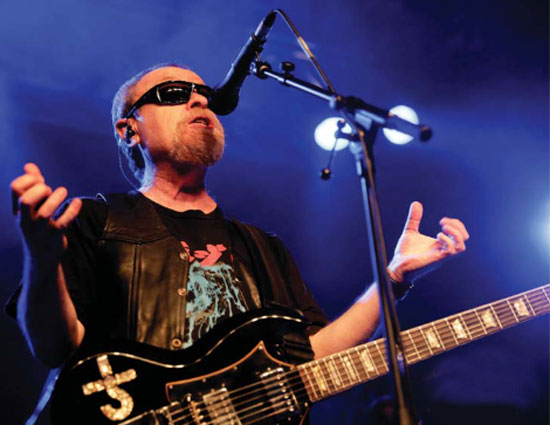 But Buck Dharma says that by early 2020, the time was right. “At some point, we realized, ‘This live band is so good now that we have to record it,’” he recalls. “And then it was just a matter of getting a record company to give us an offer that we found attractive enough.”

“Some people would just put out a couple songs on the ‘net,” observes Bloom. “But we were not interested in that. We make our living touring, so we wanted to have a label that had some interest and would give us some financial support so we could go off the road.” He says that in July 2019 Frontiers Records “took a gamble” and provided the funds BÖC needed to make an album. “Frontiers came to us with an attractive offer,” Dharma says, “and here we are.”