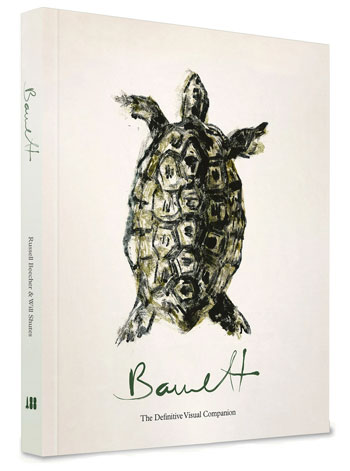 There have been quite a few books written about Syd Barrett. Some have emphasized the more lurid and sensational aspects of his story, including his drug use, mental illness, dismissal from the band he founded, and somewhat hermit-like post-Pink Floyd existence. Others have shone a light on his music. But few have delved with insight into the visual side of his creative expression.

First published in 2011, the superb Barrett: The Definitive Visual Companion sought to correct that glaring omission. Drawing both from the late musician/artist’s personal archives as well as from the largely unseen photographic catalogs of those near to him, Barrett helps not only to fill in the empty spaces in his story, but to collect art and correspondence that provide a different, more nuanced and ultimately more positive narrative of his life and creative output. 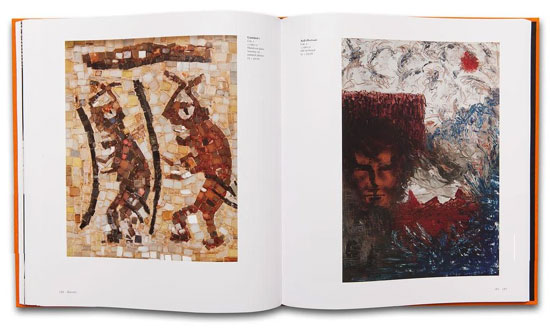 Billed as “the only official Syd Barrett book,” The Definitive Visual Companion is a stunning piece of work, filled to the brim with color and black-and-white photos, facsimiles of drawings, paintings, sketches and handwritten notes. Compiled and written by Russell Beecher and Will Shutes, the book stuffs an impressive amount of relevant content into its 270-plus pages. Beecher’s introductory essay provides the needed context for those new to the visual side of Barrett’s output, but does so in a way that remains essential reading for readers already familiar with Barrett’s talents.

And the images that make up the body of the book are appended with contextual text: who shot the photo, who’s in it, why it’s relevant to the story of Syd Barrett. Oftentimes the captions accompanying the images take the form of direct quotes from those who knew him: (Barry) Miles, Joe Boyd, Roger Waters, Nick Mason, the many splendid photographers who captured the early Pink Floyd on- and offstage, and so on. 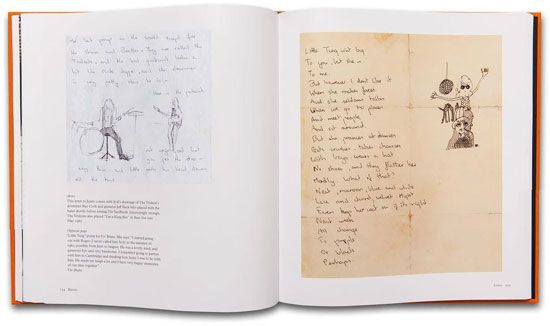 The handwritten correspondence – often including brilliantly-rendered and carefully thought-out doodlings – paint a picture of a more humorous and whimsical Barrett, one closer to the composer of “Lufcifer Sam” and “Effervescing Elephant” than the brooding, antisocial caricature too often ascribed to him.

At its core, The Definitive Visual Companion serves to humanize the mythical figure, making him less the tragically doomed Syd and more the resolutely mortal Roger Keith Barrett. Happily, the latter character is ultimately even more interesting than the former. 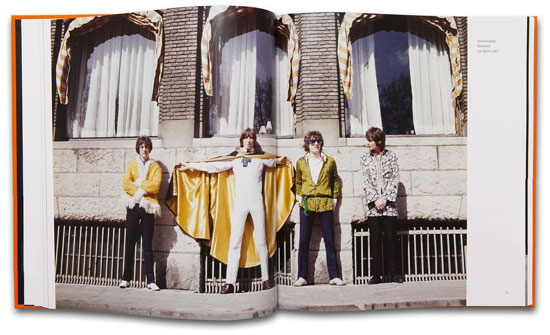 Copies of the original hardbound, limited-edition book from 2011 change hands for many hundreds of dollars. Happily, in 2020, publisher Rocket 88 has released a new printing of Barrett: The Definitive Visual Companion in both hardcover and softcover editions, placing it within the reach of those with an interest in exploring Barrett’s work without taking a second mortgage on their home.