Virginia and the Slims: Push on Through 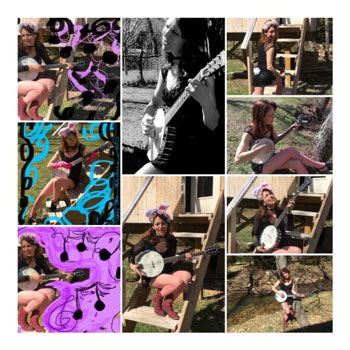 Sporting a name inspired by ‘70s era cigarettes marketed to women, Asheville-based Virginia and the Slims have endured a convoluted history. Musicians have come and gone – to the point where only one founding member remains with the jump blues/swing band – and with those changes came shifting musical perspectives. The current lineup of Virginia and the Slims celebrated the release of Busman’s Holiday with an October 23 show on the patio at The Asheville Guitar Bar.

Virginia and the Slims got their start in 2013 when vocalist Virginia DeMoss put together a group to play catchy, danceable blues. Sometimes considered the missing link between big band and rock ‘n’ roll, jump blues enjoyed its main period pf popularity during and after World War II. Small combos played scaled-down arrangements of swing jazz numbers, emphasizing a driving beat.

Though the group developed a loyal following, constant personnel shifts meant that the musical character of Virginia and the Slims would change as well. For a time, the band even shifted its focus toward Chicago style blues. Today, the group is fronted by Joanna Best and features founding member, saxophonist and primary songwriter James Kamp. The lineup is rounded out by bassist John Davis, drummer John Barrett and guitarist Howie Neal, who joined in September, just in time to lay down guitar parts for Busman’s Holiday.

Best believes that despite the revolving-door quality of the band, there’s a strong thread running through its history. “There’s an enthusiasm and curiosity about vintage jump blues,” she says. “Everybody who comes through wants to take that on and learn about it.” She dismisses any notions that a consistently changing lineup is a problem. “I don’t think that’s a bad thing. Each person brings their own little bit of expertise and experience, and that colors [the music] in a new way.”

Kamp composed seven of the ten songs on Busman’s Holiday. And while the songs are new, the vibe is intentionally vintage. “The song layouts came first: words, choruses, all that,” Best explains. “Then [the arrangements] are tweaked with the stylistic aspects.” The result balances modern musical sensibilities with the retro quality of classic jump blues and swing. 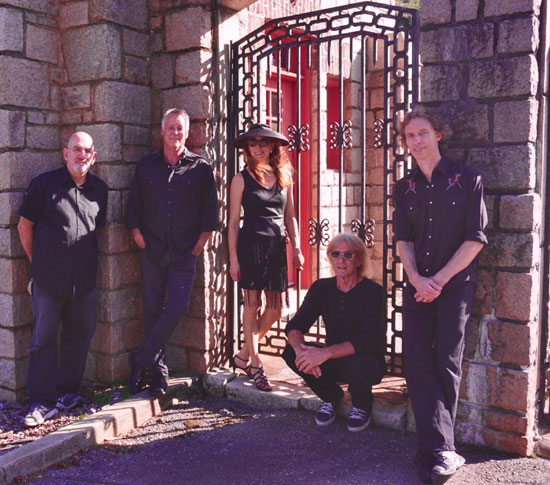 A highlight of Busman’s Holiday is “Let it Go,” a tune composed by Kamp. With a saucy melody and a familiar blues structure, the song showcases the straightforward simplicity of Virginia and the Slims’ current configuration. But the song itself has been in the band’s repertoire for some time. “You can see and hear us playing it at the 3rd Annual Brevard Blues and BBQ Festival in 2016,” Best says. The new recording takes the song at a faster tempo, and showcases the lead guitar work of the band’s brand-new member.

Live onstage pre-pandemic, Virginia and the Slims’ repertoire favored classic covers over band-written tunes. But the album release party’s set list will feature Busman’s Holiday in its entirety. And that may point toward the group’s post-pandemic future: “I wouldn’t mind if it got to where [we played] two originals to one vintage song,” Best says. “But we’ll see what happens.”

Tags:asheville, virginia and the slims