And here’s the last of this current run of hundred-word reviews covering new releases. Soul, powerpop and blues; something for most tastes. All worth your time. 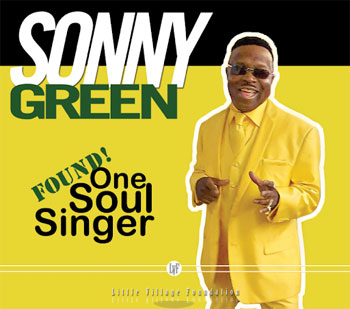 Sonny Green – Found! One Soul Singer
Don’t let the cheesy, lurid, chartreuse album art dissuade you from the contents: this is the real deal. Sonny Green is one of those artists who has been toiling in relative obscurity for a long time (he cut a string of singles around 1970). Deep-groove soul with extraordinarily gruff vocals, beefy horn charts and a sizzling rhythm section are the basic ingredients, but the song selection – well-chosen covers and several tunes written for the album – puts Found! One Soul Singer over the top. If you need further convincing, guitar whiz Kid Andersen produced the album’s sessions at his Greaseland Studio. 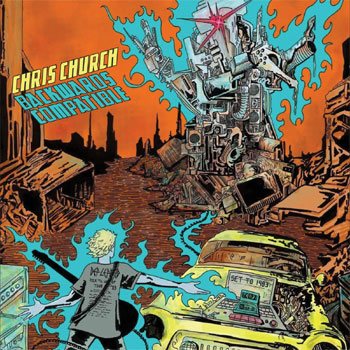 Chris Church – Backwards Compatible
It’s the rare artist who can create real, authentic music in multiple unrelated genres. Chris Church is such a musician. In 2014, fronting death metal band Däng, he wrote, played and sang some of the most appealing music of its kind that I’ve ever heard. Unexpectedly, he’s equally skilled in the powerpop idiom as well. His latest release, Backwards Compatible, is nominally in that genre, but it transcends powerpop. Don’t even try to resist the charms of melodic rockers like “Someday’s Coming Fast.” Expert help from the likes of Bill Lloyd and Lindsay Murray makes an excellent album even better. 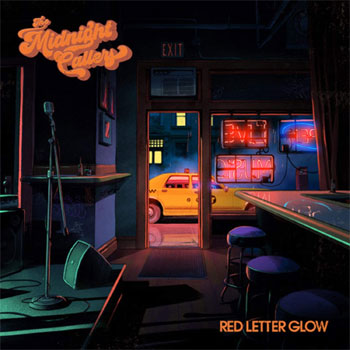 The Midnight Callers – Red Letter Glow
My first exposure to the music of The Midnight Callers was quite recent: their participation in a John Lennon tribute album. As fine as that was, their original material shows the band to better effect. There are Beatles influences, but the high energy tuneful roar of this NYC group has more in common with Cheap Trick. The songs rock hard, but never at the expense of melodic content. There’s exuberance tempered with a worldly-wise outlook. The vocals harmonies soar, but they still fit together seamlessly with a full-powered rock assault. Ten originals plus a reinvention of Bill Withers’ “Use Me.” 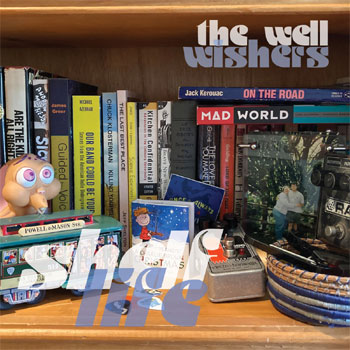 The Well Wishers – Shelf Life
What does Jeff Shelton have in common with R. Stevie Moore, Martin Newell, Buckethead and Robert Pollard? He shares with those fine artists a prolific nature and a prodigious output. But unlike two of them (guess which), Shelton’s output is consistently top-notch. I’ve lost count of how many albums he’s released as The Well Wishers. One could merely say, “Well, here’s another one.” But while Shelf Life is indeed more of the same, there’s no reason to tinker with the formula when said formula yields catchy, timeless rock. In these unsettling and uncertain times, there’s power and pleasure in familiarity. 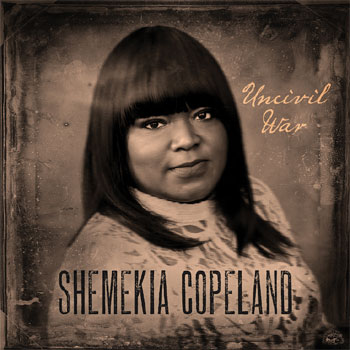 Shemekia Copeland – Uncivil War
Even though I was already familiar with her music and worldview, when I first interviewed blues-and-beyond vocalist Shemekia Copeland, I was struck and mightily impressed by her outspoken nature, her willingness to tackle touchy subjects head-on. And she brings that same quality to her music. On one level, she’s an interpreter, like a blues Sinatra or Ronstadt: Copeland doesn’t write songs, but the commissioned material fits her perspective. And her delivery is flawless. Backed by a top-flight ensemble, she’s on fire throughout the eclectic, topical Uncivil War. The well-chosen covers are wonderfully delivered, too. Jason Isbell guests on one track.