It’s Still About Chemistry: A Conversation with Semisonic’s Jacob Slichter 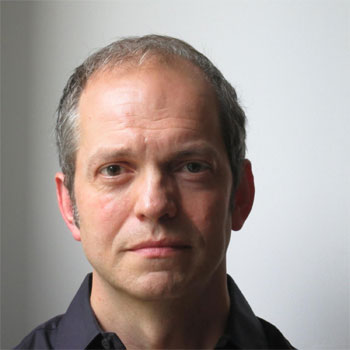 In my last feature, I shared bonus content from my interview with Semisonic’s Dan Wilson. That piece featured parts of our conversation that didn’t make it into the story I wrote for Goldmine Magazine. Today it’s more bonus content: the best bits from my conversation with Semisonic drummer (and keyboardist) Jacob Slichter. – bk

Your book [So You Wanna be a Rock & Roll Star: How I Machine-gunned a Roomful of Record Executives and Other True Tales from a Drummer’s Life] gets into the way that the music industry is sort of rigged against musicians, even million-selling ones. The new EP is being distributed by Megaforce, which is certainly more of an indie; it’s not A&M or MCA or anything like that. Do you feel that Semisonic is less susceptible to being taken advantage of in this new arrangement than you might have been in the past?

Well, honestly, I have no idea. But I think one bit of that experience that I can comment on is this: The illogic of show business penetrated my own thinking. Back in the 90s, you heard all of this language used in your presence all the time: “We Soundscanned X records last week. Our BDS numbers are up. Our BDS numbers are down, bla bla bla bla bla.” And after a while, it kind of turns you into – or turned me into – someone who thinks that way.

Writing the book was sort of coming to terms with that having happened to me, and I think the intervening time between now and then has really helped me sort of step out of that whole question and just think about the experience of making the music.

Even though Feeling Strangely Fine and “Closing Time” were huge hits, you write that Semisonic found itself in debt to MCA. How in debt was the band, and how did you work through that?

Debt with a record company is not debt such as what farmers, sharecroppers, people like that encounter. In the case of bands, your debt is merely the portion of your future profit that you won’t see. That’s why it’s called recoupable debt. So our recoupable debt – meaning the amount of money that MCA would take from any future sales out of our share – is something in the realm of a million and a half dollars.

In the early days of Semisonic, did you find it challenging or awkward to be in a band with two ex-members of Trip Shakespeare? And did you feel a need to help make Semisonic sound different from their previous band?

Well, it was definitely difficult. Dan and John [Munson] were already very well known. So our earliest shows, our very first shows, were packed. They were small clubs, but they were packed … with Trip Shakespeare fans. So I felt I was very much on stage in front of people who were wondering, “Well, who is this guy, and what gives him the right to be up there with Dan and John?” So that was awkward. And, in fact, it really occasioned a lot of pretty bad stage fright and panic attacks and stuff like that.

In terms of trying to make Dan and John sound different, we knew from the very beginning we were going to sound different. Actually, Semisonic – whose [original] name was Pleasure – was started as a side project to Trip Shakespeare. We were never setting out to replace Trip Shakespeare. We were just going to be something that Dan and John could do on the side. And the reason we named ourselves Pleasure was that Trip Shakespeare was legendary for rehearsing eight hours a day. Their arrangements were super ornate and complex, and that’s what people loved about them.

And Pleasure was going to be something different. It was going to be easier, more straightforward. We were definitely not going to rehearse eight hours. I mean, if we rehearsed 90 minutes that was kind of like [setting] a record then. We’d just go to the bar and talk about things. So I think that our sounding different was actually already just cooked into the band from the very beginning.

I remember seeing live Semisonic clips in which you played both drums and keys. How did that work? I mean, how challenging was that to do?

It took a little work, but it might help to consider that keyboard, or piano, is a percussion instrument. How I would do it is, I’d have a keyboard up over my ride cymbal on the right, and I would play keyboard parts with my right hand and play the drums with the other three limbs.

It took a little bit of sorting through, but I had actually done this as a songwriter. If I wrote something, I wanted to hear what it would sound like in a rock setting. I would drag a piano over next to my drums and start playing it. And one day Dan walked in on me doing that and was like, “Holy shit, what are you doing?” And I was like, “Just checking out this song.” And he said, “Well, that’s super cool. We’ve got to use that.” So we built that into a number of our songs, and we even recorded them some of them that way. “Singing in My Sleep” and “Made to Last” were recorded with the drums and keyboards being performed at the same time.

Yes. You don’t have to worry about the keyboard player’s left hand getting in the way of what the bass player’s trying to do.

Or really, quite frankly, his right hand. If he’s playing the drums, he’s got his work cut out for him. And it keeps the keyboard and drums well in the pocket together.

A lot of my influences as a drummer are piano players like Carole King. It just seems very natural to me that drums and keyboards would go together like that.

I asked Dan this yesterday, so here it is for you: the obligatory “Closing Time” question. Were you surprised when it took off?

I was surprised when “F.N.T.” and “If I Run” and “Delicious” didn’t take off. And when “Closing Time” did take off, I was perhaps a little more gunshy about how everything can go wrong. But that and “Secret Smile” were sort of two songs I thought, “Those are gonna go.”

“Secret Smile” didn’t go in the U.S., but it went in the UK and Ireland and Mexico and other places around the world, so I felt like I had a pretty good sense. I call it my Joe Six-Pack meter. And really what it is, is my own taste. My taste was so conditioned by listening to the radio as a kid that I felt like I just had an instinct that that was gonna be [big].
But you’re never ready for what it actually feels like. I mean, when we got up on stage at RFK Stadium for 40,000 people when the song was just hitting number one, and everybody sang along and jumped up and down, it was like, “Crazy!” So you do fantasize about that, but then when it actually happens, it is so beyond what you might have expected.