Bill Kopp: One thing that has always surprised me is the way in which Semisonic – and this was true for Trip Shakespeare as well – got lots and lots of critical acclaim, but you didn’t really explode into the superstar commercial realm. I certainly thought you should have. Do you have any thoughts on why?

Dan Wilson: I would have to say that all in all, I feel super-served by the world. You know, I don’t have any resentment about, ‘Why wasn’t the band any huger?” We were an indie rock band from Minneapolis. One of our songs is still current around the world decades later. We didn’t really get screwed.

But Semisonic was always about the art first, about the vibes of the recording and what to do in performance: “How long can we jam before we lose their attention?” None of us was gonna date somebody famous just because it’s the thing you’re supposed to do, you know? We were already kind of formed in that way when the band got rolling, and none of our problems were VH1 Behind the Music-ready. None of us was consumed by drugs or drink. We consumed those things, but we weren’t consumed by them. And none of us was excited by saying something snarky and insulting to an interviewer about each other or other musicians, which is kind of what you’re supposed to do.

We didn’t really play the game, and so basically the general sense that people got on a quick study, I think, was probably that we’re “a rock band that likes to read books.” 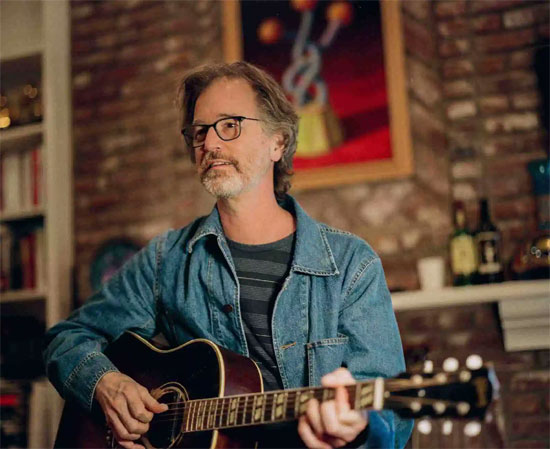 Yeah, I think so. But personally, I’ve never been charmed by “Minnesota nice” because often I felt that it can be a bit of false modesty, like, “Oh, you’re too good for us. Move away.”’ You know, that never felt cute to me.

[Years ago when] my wife and I had just got married, we were living in Minnesota. I saw this comedian named Dean Seal; he said that he was proposing a new Minnesota state motto: “Who do you think you are?” I thought that was so funny. And it hit me at a good time because I was like, “Oh my god, I do not want to be that guy.”

I think groundedness is one thing, but the thing that I appreciate about Semisonic and our ethic was that to varying degrees, we all wanted to make music that was going to compete with the artists that we absolutely admired the most. We all wanted the songs to be great: not good, but great. We were nuts but in a grounded way. I’m very neurotic, and I’m only grounded if you put me in a room full of recording artists and songwriters.

Here’s the inevitable “Closing Time” question. Were you surprised when that song took off? Or did you have a sense that you had something special with that one?

When we cut it, I thought it was gonna be the last song of our set for a couple years, and that was great. Then the more we worked on it and thought about it, and when it finally was mixed or rough mixed, I was talking with [producer] Nick Launay about it. [We were discussing] what the singles would be from the record, if there were any. And Nick said his favorite was “Never You Mind.” To him it was the most unique musical statement that we had made. It’s so relentlessly creative, and it’s got a vibe, and it rocks. And he just loved all that about it.

You mean the people who buy records? Those people?

Now see, Bill, that’s what I thought: “Hold up a second, Nick! Now my ears are perking up.” And then when the record was all completed, we had some time to think about it, because it was rejected by MCA as not having any singles! So we had three or four months of waiting to see if we were going to get dropped. I was listening to the record with my wife, Diane – we were talking about if we get a chance to put this out – and I asked, “What do you think the singles are?” She said, “Well, I think you have to go big.” And I said, “Okay, but what would that mean? What songs translate to ‘going big’?”

And she goes, “Well, that would be ‘Closing Time’ and ‘Secret Smile.’” Maybe that was her inner punter casting a vote, but she felt that song was for the wide world. That song was going big. It wasn’t for our niche fans; it was for everybody. And that really struck me as well.

So when it became a gigantic hit, we were all shocked. And then – fast forward to now – I’m still shocked. But we definitely had the inkling that it was the best thing – the closest thing we’ve ever done to a pop song.

It’s still great. And it’s worn really well. It doesn’t sound like an oldie, and that’s tough to do.

Yeah, there’s something about the way Jacob plays the drums and something about even the way the way the drums sound. It doesn’t sound like alternative rock records at this very moment, but it sounds like alternative records a couple of years ago and probably in two years. You know what I mean? Basically, that kind of documentary, amped-up-but-organic acoustic realness of the instruments … it’s hard to beat that for timelessness, it seems to me.