William Schmitt: We are the Wildflowers

When one hears a band name like William and the Wildflowers, images of folky, pastoral musical textures might come to mind. And a cover image of the artist sitting crosslegged on the bank of a mountain river – complete with crackling campfire – only reinforces that notion. 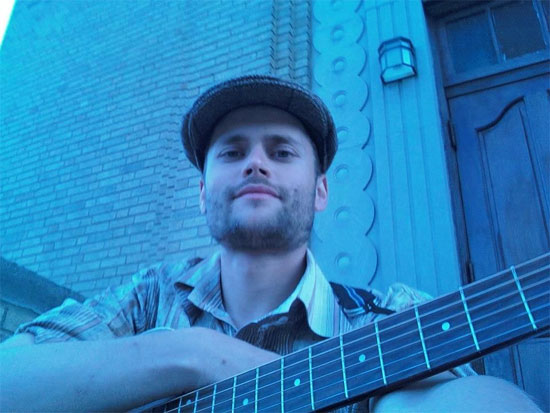 But those images only hint at a small part of what William Schmitt is all about. While there is a lo-fi, acoustic feel to his songs, Schmitt’s musical background shines through on the songs collected on Riches for Free, his latest album. “I led a punk rock band for ten years before I became a solo artist,” Schmitt explains. “And for me, the spirit and energy of punk rock is less a style of music and more a vibe of rebellion and social concern.”

There’s also a singer-songwriter’s sensibility to Schmitt’s music, one born of personal experiences. “I wanted to put an album together that walked through the grief process of losing my sister to suicide,” Schmitt explains. “Music is a cathartic way for me to heal and process. And it’s taken time to put that scrapbook together.” Now that he’s done s, Schmitt is ready to share those songs with listeners, both on record and in liver performance.

The eight songs on Riches for Free are connected by computer-generated narration. The robotic voice – distinctly familiar to anyone who’s seen or heard the late physicist Stephen Hawking, or Radiohead’s groundbreaking OK Computer album – provides a slightly unsettling connective tissue that unifies the songs.

At one point, that narrator speaks of the awakening of a new sense of social responsibility. And that’s at the heart of Schmitt’s songwriting. His extensive experience as a hiker – he’s covered the Pacific Coast Trail and numerous other challenging treks – informs his lyrics.

The mechanics of hiking force one to slow down, Schmitt explains. “Hiking focused my attention on things that I appreciate, things are good,” he says. “Community, wonder, and randomness.” Schmitt kept a daily blog when hiking the Pacific Coast Trail in 2015, and bits of that experience worked their way into songs he would eventually write.

While hiking can be a solitary endeavor, community is a significant part of its charm for Schmitt. “When I’m on the trails, people are introducing me to songs I haven’t learned,” he says. And that exposure seeps into his subconscious mind. “Songwriting is typically a wintertime, reflective activity for me,” he says. “I collect stories, and then when I hibernate, I turn them into songs.”

There’s another benefit of having a hiking background when one is a touring musician. The nature of being an independent artist often means couch surfing. But sometimes Schmitt ends up sleeping in his car, and he doesn’t mind. “I’ve converted my car into a little hotel suite,” he says with a good-natured laugh. And he puts his hiking knowledge into use in those situations. “Trailheads are safe places to spend the night,” he says. They’re quieter than Walmart parking lots and truck stops.”

While Schmitt hasn’t toured in awhile – he settled for a time in Oakley, N.C. but recently moved back to his native Iowa – he’s gearing up for an extensive run of dates in support of Riches for Free. In keeping with the take-it-as-it-comes aesthetic of hiking, he’s keeping a quality of spontaneity in his itinerary. “I would like to be somewhere warm and cozy for the winter,” he says, “but if that means living out of my car in Texas, that’s cool. I plan as far out as I can, and sustain it as long as I feel like it. And then I get back to another form of work while I recharge the batteries.”

The name William and the Wildflowers suggests a band; in reality, sometimes it is. And other times it’s not. Schmitt explains, “At the end of my concerts on this tour, I’ve been saying, ‘Thank you. I’m William. And we are The Wildflowers.” The “we” in this case is Schmitt plus the audience. “Everybody who is touched by the music is part of the Wildflowers,” he says with a warm smile.

Tags:william and the wildflowers, william schmitt