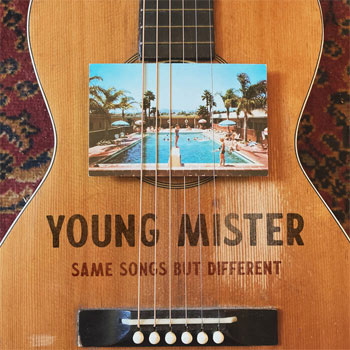 After nearly a decade toiling as a staff writer for Universal Music, Steven Fiore embarked on a solo career, releasing his songs himself. Branding his music under the banner of Young Mister, Fiore debuted with a self-titled album in 2016. Now, four years later and in the middle of a pandemic, he’s releasing his third album. As its title telegraphs, Same Songs But Different features new arrangements of the eight songs on his debut release.

The self-quarantine that came with the Covid-19 pandemic spurred Fiore to revisit his back catalog. “This pandemic has been this weird thing where all of us creatives feel like we’re in this fog,” he says. “One day, I just woke up and thought, ‘I gotta do something.’” He says that making Same Songs But Different “was a good way to take something I’d already done and make something new out of it.”

But at his home in Tryon – and at occasional performances throughout the Western North Carolina region – Fiore developed spare arrangements of those songs that fit better in the context of one-man shows. “I’ve been playing these songs solo for years now,” he says.

His new relationship with these older songs eventually led to the idea of recording new versions. And his concept was a simple as the new arrangements. “The only thing I really thought about the old songs when making Same Songs But Different was, ‘Make it sound completely different if you can.’”

Fiore succeeded on that score. The new recording of “The Best Part,” for example, may share the lyrics and chord structure of its 2016 counterpart, but its drops the rock arrangement in favor of a folk feel that emphasizes the wistful, romantic and melancholy qualities that lay at the song’s core.

“It’s almost like I was covering my own stuff,” Fire says. “Because when you do a cover, you should try to make it your own as much as possible. So I took on the mindset of someone [else] covering my songs.” 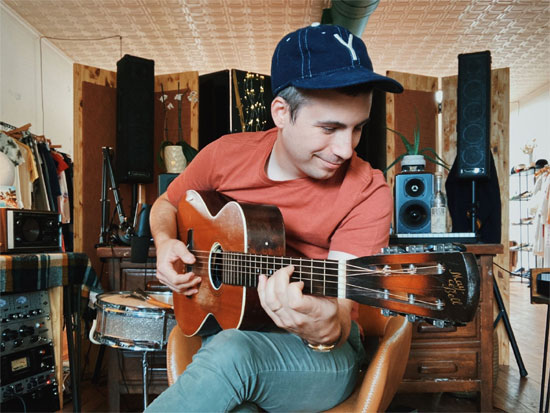 Even the full-band sounding Young Mister is completely a solo project. That’s a quality it shares with Same Songs But Different as well as 2019’s Sudden Swoon. In some ways, those are all a reaction to his years composing with artists like Grammy nominee Lori McKenna andpop singer/songwriter Ryan Cabrera. “I sort of burned myself out on co-writing,” Fiore says.

The fact that collaborating with other musicians is more challenging during a pandemic sealed the deal: like its predecessors, Same Songs But Different would be a solo album in the truest sense of the word. “One of the themes of the pandemic is self-sufficiency,” Fiore observes. “So I did it all myself, at home.”