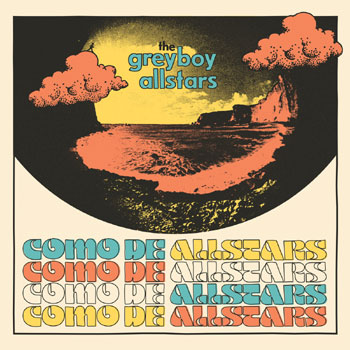 The Greyboy Allstars released their debut, West Coast Boogaloo, in 1994. That album, a collaboration with the great Fred Wesley, was reissued on vinyl this year. Now – more than a quarter century later, a period that included a seven-plus year break for the soul jazz ensemble – they return with their sixth album, Como De Allstars.

Members have come and gone since the early days, but four of the five founding members – Karl Denson (sax), Elgin Park (guitar), keyboardist Robert Walter and Chris Stillwell on bass — are still on board. The band’s sound hasn’t changed radically since ‘94, but that’s not a bad thing: The Greyboy Allstars excell at finding new and tasty grooves that operate within their chosen style.

The virtuosity of the players means that – like any jazz outfit worth its stripes – The greyboy Allstars can trade licks at will or give the spotlight to a single player for an entire tune. More often than not, they take the fomrer route, delivering memorable, powerful and deeply groovy melodic runs from Walter, Denson and Park (aka Mike Andrews).

When it comes to soul jazz, my own tastes lean heavily in favor of instrumental work. As such, cuts like “Warm Brass” don’t do al ot ofr me; that track dials back the qualities that make the group special in favor of a sound that’s … well, fine, but nothing special. Como De Allstarsis at its very best when the band focuses on their instruments.

The album’s musical focus is – as the title telegraphs – Latin-flavored. But those Afro-Cuban and South American flavors are worked into the band’s character in such a way that they never sound dilettantish. When Denson plays flute (or multiple overdubbed flutes, as on “Catalina”), the overall effect is reminiscent of some of Herbie Mann’s best work.

Fans of soulful, gurgling organ work will thrill to these tunes as well; Walter’s playing is never less than interesting, and it’s always tuneful. Park’s guitar work is sometimes understated, but it too never fails to impress. Como De Allstars is successful as a listening experience, but because of the joy that the musicians put into it, it’s really more than that.