Note: This story appeared previously in Bold Life Magazine in Fall 2019; the dates mentioned refer to 2019 shows as well as performances scheduled for 202 (but ultimately canceled in the wake of the Covid-19 pandemic).

In an effort to expand the breadth and depth of its cultural reach in Western North Carolina, the Hendersonville Symphony Orchestra has launched the “HSO Presents” concert series. Surveying musical forms well outside the classical idiom, the schedule of live performances showcases traditional styles, presenting them in a variety of locations beyond the concert hall. 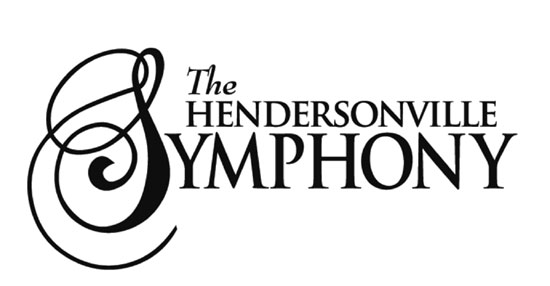 “We’ve been promoting orchestral music for 48 years in the community,” says Hendersonville Symphony Orchestra’s Director of Marketing and Special Events, Paul Conroy. “This year, we decided to broaden our musical footprint. We decided on including different forms of traditional music: bluegrass, Texas swing, jazz, and even a combo of mountain music and orchestra string quartet.” That the styles selected fit in with classical music. As presented, each genre educational and historic, and it feeds listeners’ musical curiosity. “And those are all the things we’ve been doing all along with classical music,” he says.

The concert series takes music to listeners, with shows scheduled in places like Triskelion Brewery (hosting a three-band trip through jazz history in October) to the Bo Thomas Auditorium in Flat Rock (for now-canceled] shows scheduled for in March and April 2020). “We think that broadening our appeal different to genres will bring in a bigger audience,” Conroy says. “And we’ll be able to feed that entertainment buzz that’s needed out there.”

In their own ways, the traditional forms of music featured in the concert series are as anchored in history as classical music. Conroy mentions the October 26 jazz showcase featuring the Conor Law Trio, Hot Club of Asheville and Queen Bee & the Honeylovers. “It’s music from the ’30s, ’40s, and ’50s,” he explains. “It’s very pure: what being presented is exactly what you would [have seen and heard] 90 years ago.”

The bluegrass-focused show – scheduled for April 18 in Flat Rock – features the Kruger Brothers. “When we approached them, they said, ‘Bring your string quartet, and we’ll do it together!’” Conroy says. “We immediately felt we had a good connection. We’re not only reaching out to a new audience, but we’re crossing over with our classical audience.”

That crossover approach is a creative one, but it also speaks to the realities of today’s musical marketplace. “If you look at classical music in the 21st century, it has an aging audience,” Conroy acknowledges. “A lot of symphony organizations around the country are closing their shops and not doing concerts anymore.” He says that by expanding their musical menu to include other styles, they can bridge the gap. “We’re hoping that this concert series will blend with the core audience we have now. And we think that it’s a good fit, musically.

But the HSO isn’t leaving that core audience behind. The HSO Presents concert series also includes a number of classically-focused concerts that seamlessly combine the traditional and the modern. “Each one has a theme,” Conroy says. September’s “American Icons” presented music from the Great American Songbook, works by acclaimed 20th century composers George and Ira Gershwin, Duke Ellington, Cole Porter, Rodgers and Hammerstein and more.

The October 12 concert at Blue Ridge Community College’s concert hall will center around music form Vienna, Austria. A December program will feature holiday music, and March 28th’s “Once Upon a Time” will showcase music associated with classic storytelling: Tchaikovsky’s “Sleeping Beauty Suite,” as well as selections from “Beauty and the Beast” and Berlioz’s “Symphony Fantastique.”

The Hendersonville Symphony Orchestra’s season closer will be a musical salute to the joys of food and drink. “The possibilities are endless there,” says Conroy. “Especially with us being in a such a foodie area.” The program will feature Bach’s “Coffee Cantata” along with other culinary- and gastronomically-themed classics.

Conroy believes that the musical variety offered by HSO’s concert series is unique. “Asheville is so rich with great music venues,” he concedes. “But if you come down the mountain a little bit, there’s not much else like what we’re putting on. So we hope to turn some heads.”