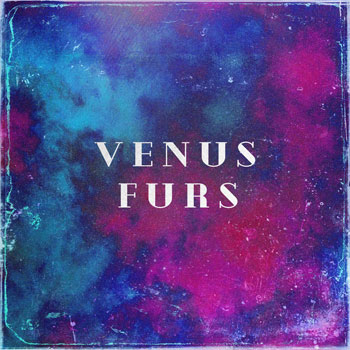 If you’re going to launch a musical project that evokes memories of a Velvet Underground song (“Venus in Furs” from 1967’s The Velvet Underground & Nico) you had better deliver the goods, or at least be prepared to get called out for not doing so. The plain fact is, while Venus Furs is quite appealing, the name is something of a red herring. Led by Montreal, Québec-based Paul Kasner, Venus Furs actually has more to do with the sound and sensibility of the ‘80s paisley underground revival than the dark, seedy underbelly of the late-sixties scene. In that sense, it’s psychedelia twice removed.

That’s not to say the music isn’t effective. With a hypnotic shoegaze vibe, tunes like the opening track “Chaos and Confusion” mine familiar melodic territory in an inviting manner; with a gauzy mix and a slightly faraway vocal vibe, here the band sounds a bit like Dream Syndicate.

Turning the gauze up to 10 on “Friendly Fire,” Venus Furs evokes memories of early Jesus and Mary Chain crossed with My Bloody Valentine; the melody is in there, but by design it’s buried deeply. Yet Kasner makes sure that he can’t be cornered musically: the single acoustic guitar and wobbly vocal that anchor “Guards in the Garden” are miles away from shoegaze. Even though its guitar work is based more upon chords than a melodic line, a signature melody shines through. Oddly, its catchy lead guitar lick is laid atop an arrangement that also features a goose-like horn line.

“New Inspiration” applies arena rock character to a dreamy tune. The track begins with an insistent cycle of three chords in succession, and the melody subtly unfolds as the song progresses. Here, Venus Furs has the sound of a band that’s playing extremely loudly but a few blocks away from the listener. As the song nears its end, most of the instruments recede, leaving behind a forlorn piano that – if it was there before – would have escaped the notice of most listeners.

“Paranoia” features sheets of reverbed and feedback-drenched guitar chords, all in the service of an arrangement that’s equal parts energy and somnambulant character. “Fire in Her Eyes” introduces a skittering drum patter, funereal organ and a Sergio Leone “spaghetti western” vibe along with a whispery vocal. But “Living in Constant” largely peels away the shoegaze elements, leaving behind a spare modern-garage feel that bears similarities to Black Angels and Black Mountain.

The first few minutes of closing track “Page Before” feature nervy guitars and a more energetic vocal. The song’s catchy melody, strong lead guitar work and the song’s overall clean mix suggest Stone Roses or The Cure more than Slowdive or Ride. Yet, halfway through the lengthy track Kasner delivers windy squalls of guitar noise atop a hypnotic, three-chord vamp. And in doing so, he neatly ties together everything about the album into a tidy track. If one song displays all of the qualities and virtues of Venus Furs’ debut album, it’s this.