For Orgatroid, The ‘Future’ is Now 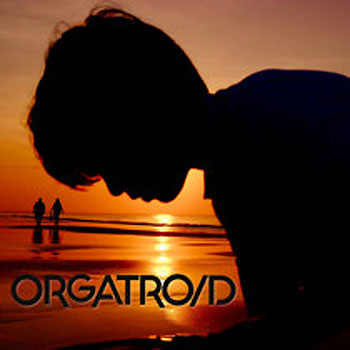 Electronic music is sometimes unfairly characterized as cold, sterile and lacking in emotion. But the music of Orgatroid – an Asheville duo of Jason Daniello and Jeffrey Richards – is none of those things. Created almost completely from electronic elements, the music benefits from the very non-electronic backgrounds of the pair of musicians who make it. Orgatroid has just released its debut, the Future Youth EP.

Multi-instrumentalist Jeffrey Richards played with Vic Chesnutt, and was later the drummer in Albuquerque-based alt-country band Hazeldine. He first met Daniello in New Mexico in 1995, and they played together for a time with Chimayo holy man Armando Ortega.

Daniello, who relocated to Asheville from Albuquerque in 2006, has long played as both a solo musician and as a leader or member of Asheville rock bands (Broomstars, Jason and the Argonauts). But his primary instrument is guitar.

The two reconnected after Richards moved to Asheville in 2009. Since that time, he has played in a number of bands with Daniello, usually on drums, guitar or bass; he only occasionally dabbled on keyboards. “But Jason started building up his little collection of keyboards,” he recalls. “So when we were practicing, I just started playing them, and I was like, ‘Damn, I actually have a knack for this!’” The more time he spent with the electronic instruments, the less mystifying they seemed.

Both musicians were keenly interested in pursuing a creative path substantially different from their previous projects; Orgatroid was born from that idea. Launched in 2014, Orgatroid – its name a neologism combining organic and android – relies on modular and keyboard-based synthesizers, sequencers and loops as its primary sonic elements.

In some ways, Orgatroid’s music hearkens back to ‘80s new wave and ‘90s darkwave, but more modern elements combine with the analog textures to make something that doesn’t feel tied to any particular style or era. “I think it’s our own thing and it has elements of everything,” Daniello says, though he admits an appreciation for dreamy trip hop/chillwave acts like Massive Attack and Air.

Richards concurs, though his wildly eclectic tastes cover most every style; he’s as likely to rave about an old, obscure middle eastern folk recording as he is to talk about a Van Der Graaf Generator LP. “I’m really into a lot of Italo-disco as well,” he adds. “I weird Jason out sometimes,” he says with a laugh. “But we meet in the middle.” 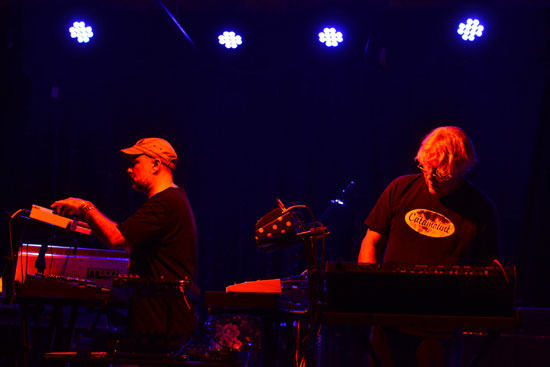 There’s nothing middle-of-the-road about Orgatroid’s songs, though. The lush sonic landscapes sometimes feature pulsing beats; other times the sounds are more airy and ethereal. But there consistently unifying elements are sturdy melodic lines and an emotionally evocative vibe. Daniello likens the collaborative creative process to sculpture. “You’re subtracting bits from the palette of the sound,” he says.

Richards – who is also an abstract painter – compares Orgatroid’s music to what he creates on an actual canvas. “However ill-defined it is, it is something, and then you run with that something,” he says. And eventually, “it starts evoking something a little more thing-ish. And you follow the path to it.”

Depending on the song, that path may be well-defined, or it may be blurry; the strange and often impressionistic videos made to accompany the songs emphasize the otherworldly feel of Orgatroid’s music. “We want each song to tell a story,” Daniello says with a smile. “But we don’t necessarily know what that story is all the time.” Richards describes the listener reaction he hopes for: “I don’t know where it’s going, but I’m going to go there with them.”