Album Review: Staring Into Nothing – Love 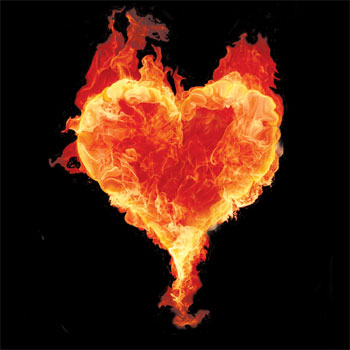 The album opens with an understated track (“Winter”) that’s not especially indicative of where things will go musically. It’s part of a four-song suite, and “Spring” is (perhaps as expected) more upbeat and textured. The music is straightforward rock, with subtle, understated sonic touches throughout. The band itself features multi-instrumentalists Steve Rogers and Kurt Barabas, but it’s the roster of players backing them that may well provide some useful touchstones as to the sophistication of the music. That list includes drummer Gregg Bissonette (Ringo’s All-Starrs, among many other credits), King Crimson touch guitarist Trey Gunn, and guitarist extraordinaire Mike Keneally.

But it’s red herring time: while those names might lead one to suspect that Love is a prog-leaning set, it’s really not. There’s a progressive mindset at work, especially in terms of the musicianship, but the songs are uncluttered and accessible. The album blows by quickly, but highlights include the single-worthy “Beautiful Delusion,” the catchy synth-pop flavored “The Ties That Bind” and the album’s most ambitious (and successful) piece, “Ashes.”

I had forgotten about this until moments before posting this review, but I reviewed an earlier Staring Into Nothing album in 2018. Power was, I am now self-reminded, the first in an album trilogy. Love is the second, and War is coming next (if you want it.)

Horns, violins, cellos and backing vocals – all real, by the way; not out of a box – help to make Love a finely textured, organic and enjoyable listening experience.