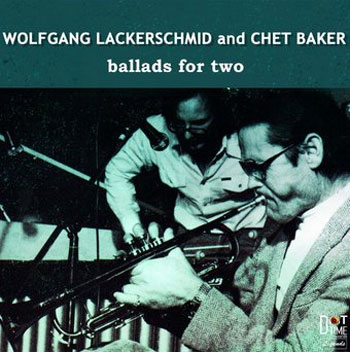 In an odd way, it’s entirely fitting that nowhere on the sleeve or label does Ballads for Two indicate when the album was recorded or originally released. It’s fitting because there’s nothing about this album that ties it to a particular place or time. The record is comprised of eight cuts featuring nothing more than the sounds of Chet Baker’s trumpet and the warm tones of Wolfgang Lackerschmid’s vibraphone.

The music is wonderfully evocative, deeply contemplative stuff. More intriguing than new age, more adventurous than “smooth jazz,” yet less experimental than the out-there fringes of free jazz, Ballads for Two is simply a delight. The pieces all but force the listener to stop whatever he or she is doing and just sit quietly with the music.

Some of the tracks feature memorable melodies; others are more impressionistic (and perhaps semi-improvised). But they all have a unity of purpose and atmosphere. There’s a musical kinship between the two players that expresses itself wordlessly through these compositions.

An exemplar of subtlety, it’s only nominally jazz; that said, I don’t know what else to call it. Ballads for Two has at least as much in common with the ambient works of Brian Eno as it does with the kind of jazz with which Baker is more often associated. That said, his tone is unmistakable here.

Ballads for Two was, I eventually learned, first released in 1979. This new release features different artwork, and it drops “Dessert,” a Lackerschmid/Baker co-composition – the only co-write on the original album, as it happens – in favor of an improvisation titled “Double O.”

The pair would get together again in 1980 to record another (very different) album; though titled Chet Baker / Wolfgang Lackerschmid, it also featured Larry Coryell (guitar), Buster Williams (bass) and drummer Tony Williams.

This new reissue on Dot Time Records features a new liner note essays by Lackerschmid, is housed in a super-sturdy sleeve, and is pressed in a very limited run of 500 vinyl LPs. 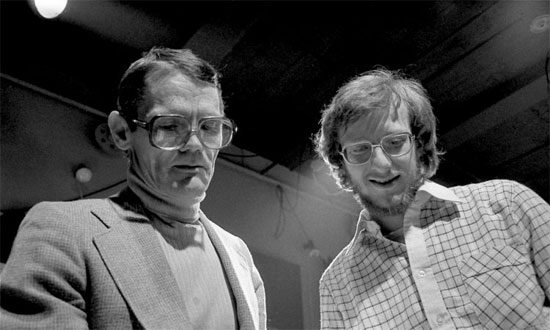