Second Verse, Better Than the First: The Choir Reunites (Part 2 of 3) 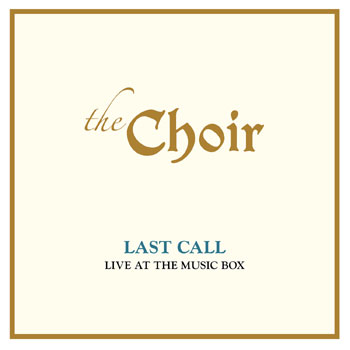 The Choir certainly knew how to rock hard; the group’s cover of The Kinks’ “David Watts” made that plain. But the musicians were at their collective best digging into more complex material. Few bands then or now would think to cover The Nice’s arrangement of Leonard Bernstein’s “America.” But The Choir could faithfully channel the pyrotechnics and intensity of Keith Emerson’s thrilling keyboard runs. And that was just the beginning. “I’m still scratching my head trying to figure out how we did ‘MacArthur Park,’” Bonfanti says with a chuckle. “We had piano and organ, but we didn’t have strings!”

But somehow they managed. “It went over so well,” he recalls, “that it became almost our theme song.” And the fans remembered: When The Choir first got back together in November 2018 to play Cleveland’s Beachland Ballroom, quite a few people approached the band to request “MacArthur Park.”

Initially, Bonfanti says, the answer was no. “We had so much to do, that we decided, ‘No, we’re not going there.’And we stayed away from it.” But by the time of the Music Box performance ten months later, The Choir had decided to up the ante. The band worked out the complex arrangements for the multi-part song. The results can be heard toward the end of the second disc on the new Last Call album.

But interesting as they are, the covers in The Choir’s live set shouldn’t overshadow the band’s original material. The group is equally impressive when it brings to life songs from its 1969 demo, tracks first heard on the posthumous Artifact collection released in 2018. With its strong melody and soaring harmonies, Phil Giallombardo’s “Anyway I Can” sounds like a hit, and wouldn’t have sounded out of place on a Raspberries album.

And though The Choir didn’t manage to land a record deal in 1969, the group boasted not one but three songwriters. Each had his own strengths. Bonfanti says that Giallombardo’s writing shows a jazz influence. “Kenny’s got that soulful voice, and he writes that way,” he says. And Bonfanti praises the pop sensibility of bassist Denny Carleton, as showcased on songs like “If These Are Men” and “Mummer Band.”

In light of the uniformly high quality of The Choir’s songwriting and impressive musicianship, it’s fair to wonder why the band didn’t have any luck getting a recording contract. “We just weren’t lucky,” Bonfanti says today. “I don’t think it was because the material didn’t hold up; I think we just didn’t get the break.” He makes the point that in the music business, “who you know” is often the deciding factor. “That’s what it comes down to,” he says. “It’s that one person who knows the other person who knows the other person who gets you there.”

Bonfanti says that The Choir didn’t have connections outside of Cleveland. “We had people who tried,” he emphasizes. “But they didn’t have enough to get us where we needed to go, to get that [demo] in front of the right person.” He does think that had the group scored such a break, “Anyway I Can” could have been successful. “A couple of those songs could have been really big hits. I think it was just timing, the luck of the draw. And more bad luck than good luck.”

Klawon agrees, but shares a slightly different perspective. He looks upon the late ‘60s as a time when record companies were reasserting control over the musical landscape. “Earlier, in the ‘60s, you had more artist creativity,” he says. “Then as the music business evolved, the record companies started exerting their influence, to make hit records, to make it [more of a] business.”

But at the same time, Klawon believes, those record companies didn’t really know what they wanted. “It was a hit and miss thing,” he says. “Everybody wanted to go in and make demos and sell them to a record company, but who knows what they were looking for at that time? He recalls that when The Choir recorded its album-length demo, Jeff Beck Group’s Beck-Ola had just been released. “And Sly and the Family Stone just came out,” he says. “There was an evolution going on, I think, taking away the power being with the bands. The record companies were going with established artists.” Whatever the reason, The Choir didn’t break out of Cleveland.

Bonfanti understands that most modern-day listeners know of The Choir thanks to its connections with The Raspberries. But that doesn’t necessarily mean that they like what they hear. “Some of our Raspberries fans are very diverse in what they like to listen to musically,” he says, “but some of them are pigeonholed: If it isn’t ‘Ecstasy,’ then it’s crap, you know what I mean?”

But he emphasizes that for those interested in the hit-making Raspberries, The Choir is the beginning of that story. “Eric [Carmen] was at the last show we did in 1969,” he recalls. “He was always a fan of The Choir, particularly the early, British Invasion version.”

When the band finished its set that night in December ‘69, Carmen approached Bonfanti. “He asked me about putting a band together, because he knew we were breaking up,” says the drummer. “And I told him no. I said, ‘No, I’m done. I’m not playing. I’m hanging up my rock and roll shoes.’” With a laugh, Bonfanti delivers the punch line: “And for four months, I did. I quit playing.” After that brief pause, he got back in touch with Carmen and started The Raspberries.

When The Choir ended, the various members went on to other pursuits. In the ‘70s, Klawon moved to California for awhile. And Bonfanti was busy with The Raspberries. But fans in Cleveland didn’t forget about The Choir.