This feature appeared previously in Synth and Software. — bk 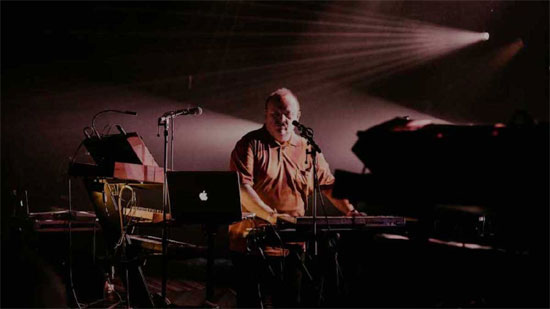 This pioneering synthesist has worked with Bowie, Dolby, Deep Forest, and Kraftwerk’s Florian Schneider on what could be his final project.

Daniel Lacksman was one of the first musicians in Belgium to own a synthesizer; he bought an EMS VCS3 in 1970. As a studio engineer, he had an early fascination (and a corresponding aptitude) for the technical side of making music. Inspired by the pan-European hit “Popcorn,” it seemed that suddenly every musician wanted some synthesizer textures on their recordings. Lacksman found himself in demand. “I went from studio to studio with my little VCS3 doing overdubs,” he recalls.

Around the same time, Lacksman made and a released a recording of his own, a track called “Coconut.” “It was a big hit in Spain,” he says with a laugh. The profits from its sales allowed Lacksman to buy a Moog modular Model III. He released a string of albums, variously credited to Dan Lacksman, Electronic System, Electronic Butterflies, Electronic Hit Computer, and other variations. Real Gone Music has scheduled three of the rarest among those albums for reissue later this year. 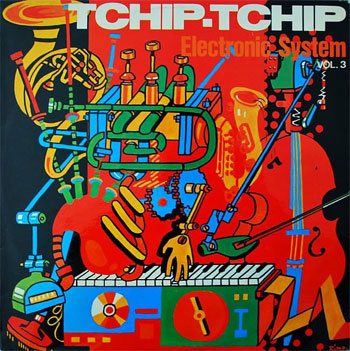 Bringing Technology to Pop
Straddling and occasionally falling into the gap between innovation and novelty, Lacksman’ albums of that era sometimes display a kitsch factor, placing him in a category that includes Dick Hyman (The Age of Electronicus), Gil Trythall (Switched on Nashville/Country Moog), and Jean-Jacques Perrey (Moog Indigo). But there’s no denying the influence of a track like “Skylab,” a 17-minute instrumental from Electronic System’s 1974 LP, Tchip Tchip (Vol. 3). It’s a safe bet that Nicolas Godin and Jean-Benoît Dunckel of Air heard the track; it presages the French duo’s sonic approach by more than two decades.

Though some of the Electronic System albums featured synthesizer overdubs atop prerecorded tracks of a conventional pop band, by 1977 Lacksman had moved toward all-synthesizer recordings. “On the last album I did with Electronic System, Disco Machine [1977], every sound, even the drums, is generated with the Moog,” he says.

By the late ‘70s, Lacksman had formed a synthpop trio, Telex, with Marc Moulin and Michel Moers. Telex continued that synths-only ethos. The group combined humor and analog synthesis—prominently featuring the Polymoog—on tunes like a cover of Les Chats Sauvages’ “Twist à St. Tropez” and a deadpan, Dada reading of “Rock Around the Clock.” Though the trio had a definite Eurodisco flavor, Telex exemplified the same mischievous, slightly warped aesthetic of kindred spirits Devo, the Flying Lizards, and Sparks. (Underscoring their creative alignment, Telex and Sparks teamed up on several occasions.) 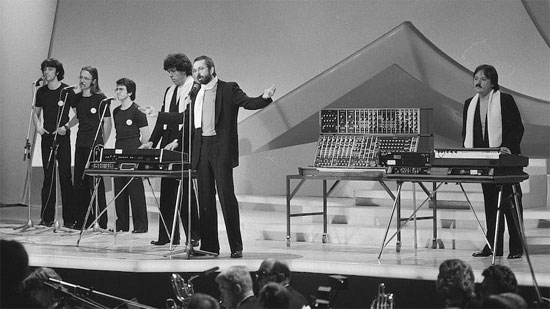 Busy in the Studio
MIDI technology and user-friendly sequencers were still just over the horizon in the Telex days. That presented a challenge for the drummerless group. “We didn’t use click tracks, so the tempo [was] moving all the time,” Lacksman says with a chuckle. “With Telex, we never measured a tempo.” The rudimentary equivalent of a sequencer at the band’s disposal was nothing more than a knob. “You turn the knob and there is no indication of the tempo,” he says. “So we were just [setting] the tempo and saying, ‘Okay, that’s good,’ but not knowing if it was 130 or 125 bpm. We didn’t know!” 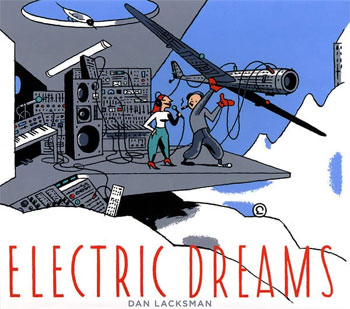 Actually, he had a better grasp on things that that explanation might suggest. “In those pre-MIDI days,” he says, “I was usually using a 1/8th-note audio click on one track, from which I was triggering the drums and the sequencers.” Another prime example of Lacksman’s facility with the technology available to him is the 1978 single “Born to Be Alive” by Patrick Hernandez. The song was a huge hit of the disco era with 14 million copies sold “I did the sequencer [part] when the drums was already recorded,” Lacksman recalls. “Happily, as in most disco tracks, the bass drum was playing every 1/4 note, and the drummer was very regular!” He used the bass drum to trigger the sequencer.

Concurrent with his studio recording projects—with rare exceptions, none of his bands played live—Lacksman continued to produce and engineer, mostly at Synsound, his Brussels studio. He engineered Thomas Dolby’s The Flat Earth and has worked with artists as diverse as David Bowie, Deep Forest (with whom he scored a Grammy Award nomination), Plastic Bertrand, and Florian Schneider of Kraftwerk. Lacksman released a synthpop album, Electric Dreams, in 2013. A catchy, dance-oriented set, that record prominently features Lacksman’ modular Moog.

A recent project involves Lacksman working once again with an old friend, Bertrand. “For his new album—it will be his tenth—he wanted [a sound] like in the ‘70s and ‘80s, to use the synthesizers,” he explains. “So I did a lot of electronic sounds: vocals and [synthesizer] tom toms. I had fun doing it.”

The Kraftwerk Connection
Another of Lacksman’ most intriguing and as yet unreleased projects results from an ongoing collaboration with Florian Schneider. Although the Kraftwerk founder’s passing in April 2020 would seem to have spelled the end for the project, Lacksman says that’s not the case.

The pair had already worked on four or five music pieces, including one that was released in 2016, “Stop Plastic Pollution.” “We had been working maybe since two or three years; he was very slow,” says Lacksman. “He didn’t like to rush things.” He says that he would hear from Schneider every few months.

We had a project, not a complete album,” Lacksman emphasizes. “Florian was really happy with it. He should’ve come to finish it, but he called me in February to say that he was really ill. He was speaking French, which he liked to do: ‘Dan, I’m sorry…I’ve discovered cancer, and I will go through a lot of medicine so I will not be able to come.’” But Schneider had a plan.

He had already thought about it,” Lacksman says. Schneider had arranged for a technician who worked with Kraftwerk to help Lacksman finish the recordings. “It’s very good, but it’s not Kraftwerk-like,” he says. “He didn’t want to make ‘new Kraftwerk.’ Of course you can hear the influence, but it’s something different. And so I’m very happy and proud to know that we will finish this, because I think it’s great, and I think it will be a very good [tribute] for Florian. So there will be more stuff coming, but I don’t know when.”

The Future is Analog
While today Lacksman works extensively with Pro Tools plug-ins, virtual synths, and all manner of modern digital technology, analog synthesis remains his first love. His studio is filled with vintage instruments, including a Moog modular and that original VCS3.

Lacksman also leads an analog synthesizer master class, helping to demystify the intimidating world of synthesis. “And the master classes I always do with modular,” he says. “With an oscilloscope I show them what they hear. I show the oscillator without filtering, then I go in the filter and they see the shape of the sound, the waveform changing, and so on. It’s my passion.”

Lacksman also teaches classes for the SAE Institute, an independent school for audio engineering. The international concern has a school in Brussels. “Sometimes they ask me to do a course, and I do,” he says. “And my thing is analog synthesizers. I go there and I explain, with examples from the modular. So one way or another I always am with analog synthesizers, almost every day. And I want to do more stuff.” 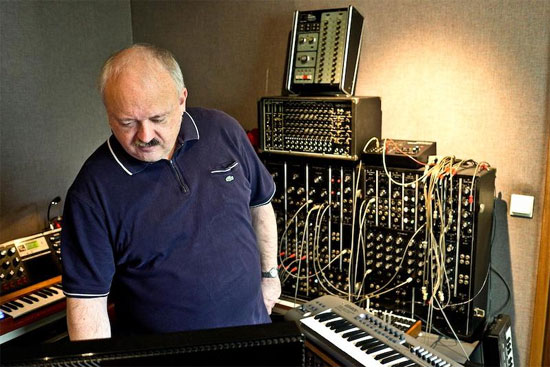