Yes’ ‘Drama’ at 40: A Critical Look Back at the Band’s Most Controversial LP 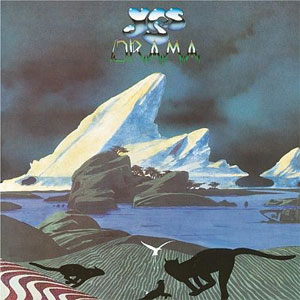 It’s accepted conventional wisdom now that the 1980s were a tough time for progressive rock. The subgenre enjoyed its heyday – commercially and critically – beginning in the very late 1960s and continuing into the mid- to later part of the ‘70s. And while the revisionist notion that punk “killed” prog is wildly overstated – punk was never a serious commercial force – tastes had indeed changed by the end of the 1970s, and progressive artists found themselves decidedly out of fashion.

And not altogether without good reason did prog stumble. Emerson Lake & Palmer’s 1978 album Love Beach isn’t quite as terrible as its reputation suggests, but viewed by the standards of Trilogy (1972) and Brain Salad Surgery (1973), it’s pretty weak stuff. King Crimson folded (for good, or so it seemed) after 1975’s Red. By 1978, Genesis had long since lost Peter Gabriel, subsequently dialing down the progressive textures in favor of a more conventional kind of pop rock with the Platinum-selling …And Then There Were Three in 1978.

Yes had fared quite well through most of the 1970s, scoring commercial smashes and earning critical acclaim. But by the late ‘70s the group seemed to be running out of steam, creatively adrift. The band’s 1978 release, Tormato sold well, but critics weren’t as kind as they had been. Internal dissension caused a rift in the group, and while (in and of itself) the March 1980 departure of keyboard master Rick Wakeman might not have spelled the end of the group – he had left before, after all – the loss of lead vocalist and focal point Jon Anderson presented a serious challenge.

The details, of course, are much more complicated and nuanced. But the end result of it all was that as the 1980s began, Yes was functionally dead. Meanwhile, another group under the same management (Brian Lane) was at something of a crossroads.

The Buggles had released their debut album, The Age of Plastic, in January 1980. The duo of Trevor Horn and Geoff Downes was nominally new wave/electro-pop, exemplified by the singles “Video Killed the Radio Star” and “Living in the Plastic Age.” But those songs – and others on the LP – displayed an ambition that far outstripped both the stripped-down, skinny-tie rock of new wave and the po-faced synthpop of groups like Human League. If one listened closely, there was something faintly, shall we say, progressive about those Buggles.

So while at the time the idea of Horn and Downes joining forces with guitarist Steve Howe, drummer Alan White and bassist Chris Squire seemed like heresy (to prog and new wave fans alike), with the benefit of hindsight it makes a kind of sense. And the fruit of that group’s labors would be 1980’s Drama.

Opinions were mixed at the time of Drama’s release in August 1980. Prog listeners unfamiliar with The Buggles couldn’t be quite sure if Horn was trying to sound like Jon Anderson. And Downes’ keyboard textures owed much more to modern machines rather than the Moogs and Mellotrons favored by Rick Wakeman.

But there was definitely a sonic thread running through Drama’s tracks, one that both connected them with the band’s earlier material (most notably the high water mark of Close to the Edge) and seemingly pointed the way toward a future. This new Yes was somehow more musical and streamlined than the group that had made the occasionally meandering Tormato. Even the album’s sleeve art – by longtime Yes associate Roger Dean – telegraphed the idea that Drama was picking up where prime era Yes had left off (1974’s Relayer) as well as aiming for the future.

Drama opens in breathtaking fashion with “Machine Messiah,” a crushing number that combines Howe’s fleet-fingered guitar runs with massive-sounding keyboards and a riff that feels like a pop rethink of Red-era King Crimson. And Horn’s stacked-overdubbed vocal spar with Squire’s trademark muscular bass guitar work. The song displays Yes’ strongest assets, combining them with the inventiveness of the Buggles. It’s a breath of fresh air and complex enough arrangement-wise to compare favorably with previous long-form tracks like “And You and I” and “Yours is No Disgrace.” Geoff Downes may or may not give Rick Wakeman a run for his money skill-wise, but there’s no denying his ability to create memorable keyboard lines and play them at dizzying speeds. He spars with Squire’s bass, runs in unison with Howe’s guitar and then leads the band through some supremely metallic passages. The song alternates between hard and soft, loud and quiet, fast and slow, but it does all those things in a manner far more accessible than standard-issue progressive rock. On hearing “Machine Messiah” in 1980, there was clearly something gleaming and modern about Yes.

The exceedingly brief “Man in a White Car” is a classically-tinged linking track that sounds more like the kind of thing ELP might have done. It’s lovely – also recalling Jon Anderson’s style – and leaves the listener wanting more.

Chris Squire’s thundering bass and Alan White’s roto-tom-led drums introduce “Does it Really Happen?” The song is another successful synthesis of Buggles and Yes aesthetics, with a stuttering, knotty beat that should satisfy the prog-leaning listener. Steve Howe’s slide-runs up and down the fretboard add a sharp edge. On the choruses, Horn’s vocals are followed closely by (one of) Downes’ (many) keyboard part(s). Perhaps more so than “Machine Messiah,” the song’s lyrics fit into what longtime Yes fans might consider the band’s style. The song false-ends with a taut finish, followed by an extended instrumental outro that brilliantly showcases Squire’s lead bass work. 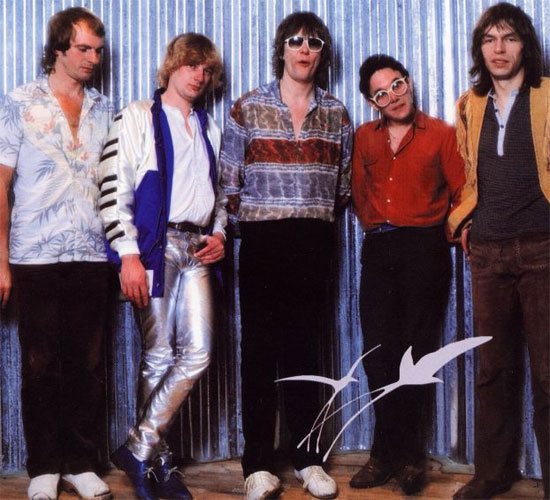 Squire is again the musician who leads the band into its next track. “Into the Lens” features a choppy single-note line, answered by Downes’ keys, with White offering taut support. As Howe’s keening guitar line soars over the entire affair, the tune launches into a melancholy ballad, with Horn singing a plaintive line, accompanied by Downes on grand piano. Then the band blasts back in, with a tick-tock beat supporting Horn as he intones the phrase “I am a camera.” Steve Howe’s lightning runs are at their best here, adding interest to an already complex and highly inviting piece of music. The album is, after all, titled Drama, and “Into the Lens” is Yes at its most dramatic.

With its plucky renaissance fayre-styled guitar work and skittering piano and drums, “Run to the Light” steers Drama the closest to its old sound. Squire even plays some fretless bass, while Horn’s vocal carries the melody. The song rocks in places, though slightly less convincingly as elsewhere on the album. The individual elements are all there, but they don’t seem to come together quite as cohesively as intended. By no means a weak track, “Run to the Light” is nonetheless the least impressive track on the LP. In its favor, the track features Squire’s (underrated) vocals more prominently than is customary.

As musically fulfilling as Drama has been up to this point, Yes saves its strongest new number for the closing spot. Simply thrilling in its execution, “Tempus Fugit” sounds a bit like Rush. With its lengthy bass melody as its signature riff, “Tempus Fugit” skillfully folds in phase shifters, Vocoder, stacked vocals, breakneck-pace guitar licks, arena-size keyboard sounds and a spirited and emphatic vocalization of the band’s name: “Yes!” Yes … and yes indeed.

For all its virtues, Drama was – by Yes standards – a relative commercial disappointment. The album reached the #2 spot on the UK charts, and #18 in the United States, and the single “Into the Lens” made it to a desultory #104 on the U.S. charts. It didn’t chart anywhere else in the world, nor did a second single, “Run Through the Light.” A brief tour in support of Drama was poorly received by prog fans who missed Anderson. By early 1981, the group had broken up.

Yes’ subsequent history would continue to be knotty and convoluted, but it’s worth noting that the Drama-era lineup would reconvene (with short-stint vocalist Benoît David) in 2011 to make Fly From Here, easily the best offering from Yes in many years. The album’s title track and centerpiece actually dates from the Drama era, and an embryonic arrangement of it figured into the live dates in 1980. And as Yes embarked on a succession of “classic albums” tours, they came to terms with the Drama era by performing the album in its entirety.

A recorded document of that tour, 2017’s Topographic Drama: Live Across America demonstrates the power of the Drama music in a live context. Set against the backdrop of the group’s body of work as a whole, today (and on that 2017 tour) Drama doesn’t sound like an anomaly. In fact stands favorably alongside The Yes Album, Fragile and Close to Edge as part of the group’s strongest work.

You may also enjoy: I’ve written a lot about Yes, and interviewed several of its members including Steve Howe, Rick Wakeman, Jon Anderson, Alan White, Geoff Downes, Patrick Moraz and Billy Sherwood. This link will lead you toward those and other pieces.