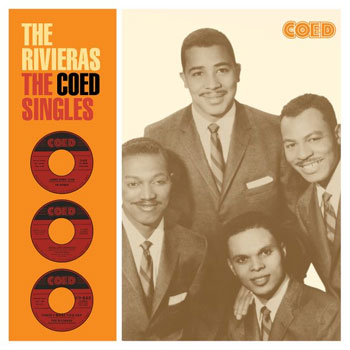 Doo-wop – or r&b vocal, if you prefer – is an important part of the rock and roll story. The style began just after World War II, and doo-wop enjoyed its heyday in the early (read: pre-Beatles) 1960s. Doo-wop was primarily an African-American phenomenon, but many white groups got into it as well (and there were mixed doo-wop groups, too, including The Viscaynes, a group that counted Sylvester “Sly Stone” Stewart among its members).

Something of an urban phenomenon, doo-wop had as its centers of gravity major American cities like Philly, Washington D.C., and of course New York City. And Manhattan’s famed Brill Building was home to Coed Records, one of the labels focusing on doo-wop. As part of its ongoing and important work to rescue and curate the catalogs of small American labels, Omnivore Recordings has acquired the music of Coed Records. Five new releases chronicle the riches found within that catalog.

The Rivieras – The Coed Singles
New Jersey-based vocal quartet The Rivieras (not the same-named Indian combo that gave us “California Sun”) would release eight singles between 1958 and 1961. All 16 of those plus two tracks that appeared on long out-of-print compilations, are collected on the superb-fidelity The Coed Singles. Romance and fun are the primary subject matter here, rhough “My Friend” is a subtly devotional nmber. Among the most intriguing and unusual recordings her is “Refrigerator,” the b-side of the group’s final single form 1961. The vocals deliberately fade in and out of the mix, and the singers seem to have done that “manually” rather than via studio trickery. 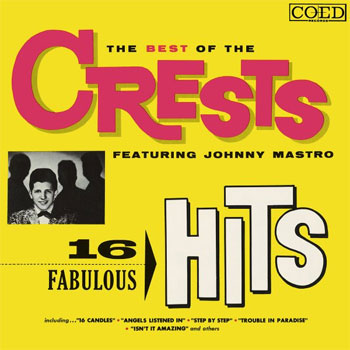 The Crests – The Best of The Crests (featuring Johnny Mastro): 16 Fabulous Hits
The title tells you much of what you need to know; in contrast with the little-known (yet excellent) Rivieras, The Crests scored a half-dozen Top 40 hits on the pop chart, and three on the R&B chart. 1958’s “Sixteen Candles” would be the biggest hit for this multiracial quartet out of Manhattan. There have been other best-of sets from The Crests (including a 1990 collection) but – with a couple of exceptions – this CD reissue of a 1960 LP one centers on charting singles from the years (‘58-’60) when future Brooklyn Bridge lead singer Johnny Mastro was in the group. 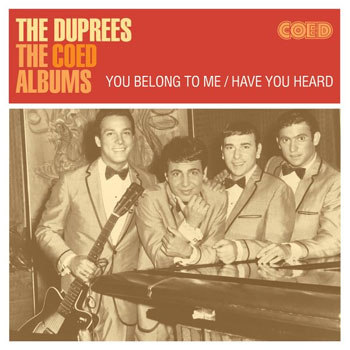 The Duprees – The Coed Albums
For the most part, doo-wop would be a singles music; the era of the album had not quite yet dawned. But there would be exceptions. The white Jersey City quintet The Duprees cut two LPs for Coed. Coming from the tail-end of the doo-wop era, those records – 1962’s You Belong to Me and 1963’s Have You Heard – are old-fashioned in style and delivery, and the material draws from standards (“As time Goes By,” “September in the Rain,””These Foolish Things (Remind Me of You).” Across the board, the vocals are top-notch and subtle instrumentation is just right for slow dancing. Little bits of electric guitar adorn the vocal-forward arrangements, and you’ll find less syrupy string work on these records than on the other sets in Omnivore’s Coed series. 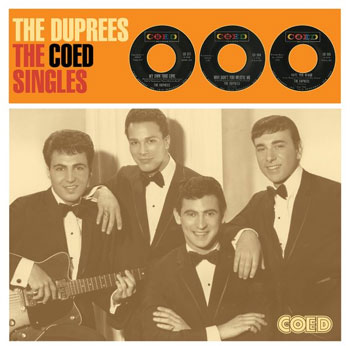 The Duprees — The Coed Singles
This collection seems largely redundant, as quite a few of its 26 titles are also on The Coed Albums (discussed above). If they are in fact different recordings, mixes or edits, that’s not immediately clear. 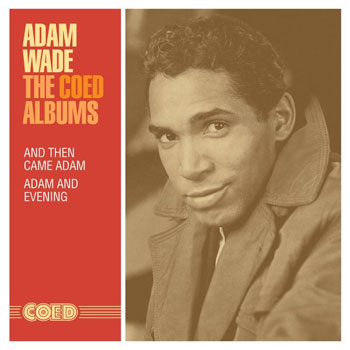 Adam Wade – The Coed Albums
One of Coed’s most popular artists, Adam Wade cut a pair of albums for the label as well. With a sweet and sonorous voice not unlike Johnny Mathis, Pittsburgh-born Wade released And Then Came Adam in 1960 and Have You Heard (aka Adam and Evening) the following year. More adult pop than doo-wop, these sides nonetheless have a timeless, elegant and refined air. There are upbeat exceptions, though. The thrilling “Just in Time,” “A Moment of Madness” and “Around the World” all swing Sinatra-style; though they sound like hits, none was even released as a single. And those three tracks appeared on the ‘60 LP; the follow-up has no uptempo material at all. Like all volumes in this series, Bill Dahl’s liner notes are well-researched and informative.