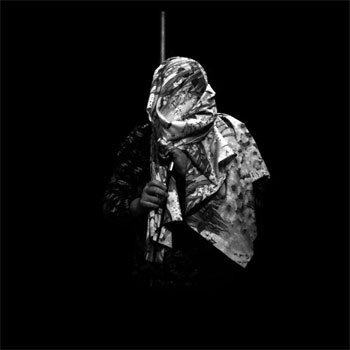 A global pandemic may have temporarily taken live music off the stage, but creative endeavors continue apace. Right on the heels of a live set released in March, Nest Egg will release Dislocation, its seventh album, on July 10. The primarily instrumental Asheville-based group draws a good part of its inspiration from German music of the early ‘70s.

But guitarist Harvey Leisure (aka Jamie Hepler) is careful not to make too much of the connection. While he describes krautrock in a way that can easily apply to his band as well (“a steady, kind of repetitive, rhythmic structure,” he offers), he emphasizes that in practice, the term allows for a wide stylistic palette. “If you go back and listen to the bands that fell under that category,” he says, “they’re all over the place.”

And in the best possible way, Nest Egg is all over the place as well. When the project began nearly a decade ago, Nest Egg was Leisure plus Los Angeles musician Cyrus Shahmir. But since 2013, the group has included the rhythm section of bassist Ross Gentry and drummer Thom Nguyen. Shahmir is still involved as well: “We don’t get a lot of face time these days,” says Leisure. “But he works on almost every recording that we do.”

Leisure admits that on the group’s early recordings, “there was kind of an intention to play Neu!-style kraut stuff.” But as Nest Egg developed a signature style of its own, the group incorporated more punk and post-punk musical ideals.

Nest Egg’s music comes forth through improvisation; its creative process is “completely spontaneous,” Leisure says. “We just play until we find something that we’re locking into, and then usually try to record a little bit of that.” And that’s just the beginning. The musicians then go their separate ways, each thinking about the music on his own. “When we come back, somebody usually has an idea about how to make it start,” Leisure says. “It’s a collaborative effort.”

That method of creation often means that the Nest Egg musical pieces continue to evolve. A listen to the group’s Live at Hopscotch Music Festival 2017 (released in March 2020) reveals versions of compositions that differ greatly from their studio counterparts on Dislocation. “And if you listen to the [2017] Mothlight recording we recently put on Bandcamp, there’s a totally different version of the album’s opening track,” Leisure says.

Nest Egg’s music twists like a corkscrew while simultaneously remaining relentless in its forward motion; it’s the musical version of a helix. And the group titled one of its songs in subtle acknowledgment of that dual quality. But the soaring, nine-minute-plus “Helix,” a highlight of Dislocation, sounded very different when Nest Egg released an earlier version – nearly double in length – on its 2018 cassette Blank Deeds. “Again, totally improv,” Leisure says. “They have the same bass line and drum rhythm, but other than that, they’re pretty different.” 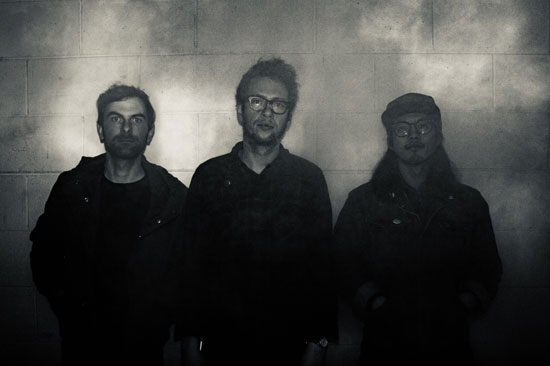 Though in some ways they’re oppositional concepts, for Nest Egg, repetition and improvisation go well together. The relentless motorik character of krautrock is one of Leisure’s favorite musical qualities. “But we also try to leave areas of the set where we can improvise a bit, and see how far we want to go with something,” he says.

To capture the improvisational nature of its music, the group tracks everything live when recording. “But we get pretty deep into the studio world when we’re in it,” Leisure says. “There’s a lot of focus on how we can manipulate sounds.”

One area that Nest Egg does not focus on is lyrics. Much of the band’s material is instrumental, but even when vocals are present, they’re not the centerpiece of the music. “I’m not a poet,” Leisure says with a laugh. “If somebody wants to get something out of [the lyrics], that’s fine, but that’s not really what they’re there for.”

Befitting a band built on improvisation, live performance is central to what Nest Egg does. The group has toured extensively in the Eastern U.S., and in 2018 the group did a run of dates in the UK and Western Europe. With the pandemic – and the likelihood that the EU will ban U.S. citizens for the foreseeable future – Nest Egg is staying home. “The world has kind of stopped now,” Leisure acknowledges. “So now it’s time to sit back, start writing a new record, and get some new things on the set list.”