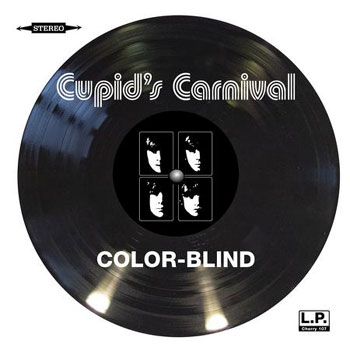 When it comes to certain substrains of powerpop (itself a subgenre), being derivative is a feature, not a bug. Do you sound like the Beatles, Badfinger, Raspberries? Success! And quote honestly, although the powerpop market is comparatively small, there’s a cottage industry for this kind of thing. So while the whole idea might put off a slice of the potential audience, the approach has its adherents.

And – when it’s executed skillfully – I’m one of those fans. Cupid’s Carnival does the whole Beatles-influenced thing, and they do it quite well. “Working All Day” evokes the ‘65 Fab Four, and “Yesterday’s Gone” hits the late ‘66 target. But Roland Skilton sounds quite a but like John Lennon*, and the harmonies are spot-on.

Despite song titles such as “Shine On” and “Baby Blue,” this group – seemingly from the UK, but they don’t tell us much about themselves beyond their names – Cupid’s Carnival doesn’t draw from Badfinger for influence. It’s all Beatles all the time. But to their credit, the group filters those influences through its own personality, so the result doesn’t come off as slavishly imitative.

In fact, for listeners who stick around (and they should), one of the strongest tunes on the album is the aforementioned “Baby Blue.” The sweet, midtempo ballad is the least derivative track on the album, and one of the best as well.

If one can get past the Beatleisms, it’s nigh on impossible to fault this music. It’s exceedingly well-crafted, superbly catchy and will bring a smile to the lips of most anyone who hears it. For what it is, the musical approach of Cupid’s Carnival has rarely been done better than what you’ll hear on Color-blind.

* Spend some quality time with this album and Skilton’s voice beings to take on a quality closer to Liam Gallagher. “Looking for Rainbows” would fit seamlessly on (What’s the Story) Morning Glory?, and that’s meant as a compliment. The direciton that song takes toward its end suggests that Skilton and his band mates are aware of the similarity.