Album Review: Jimmy Sweeney — Without You 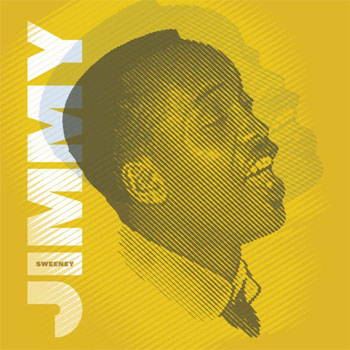 Another in the (happily and) seemingly endless stream of unearthed gems, Jimmy Sweeney’s Without You is a collection of songs by a singer who was all but unknown. His claim to fame lies in a story – possibly apocryphal but leaning toward being true – about a demo he sent to Sam Phillips. That disc was a recording of Sweeney singing “Without You,” and it was unlabeled, so Phillips didn’t know who had sent it. As the story goes, Elvis Presley heard it and was impressed, perhaps even intimidated.

Many years would go by before the mystery vocalist was identified. In fact, it wasn’t until 2017. Unfortunately, Sweeney died in 1992. He had gone on to some limited success, including writing quite a few songs for country artist Marty Robbins. Sweeney did score a minor hit, “She Wears My Ring,” in 1962.

Both the demo of “Without You” – which for many years was in the private collection of Sun Records’ Marion Keisker – and “She Wears My Ring” have now been collected on a vinyl LP, along with 17 other Sweeney recordings. Hearing “Without You” today, it seems exceedingly likely that Elvis drew influence from the track; it bears great similarity to the crooning style he’d adopt on some of his ballad material.

Sweeney’s own stylistic palette went beyond what he showcased on “Without You.” The songs collected on the new record – many of which are sourced from the original master tapes – feature him backed variously by r&b group The Varieteers, an orchestra, and a black pop group called The Rhythm Rockers. All of the sides are rare, and a few have never before been released.

The LP from ORG Music features an impressive booklet, with liner notes by Christopher Kennedy, the writer/musician who solved the mystery of the unlabeled demo. Filled with photos and memorabilia, the booklet’s centerpiece is Kennedy’s essay and background information on the tracks.