Album Review: Holy Hive — Float Back to You 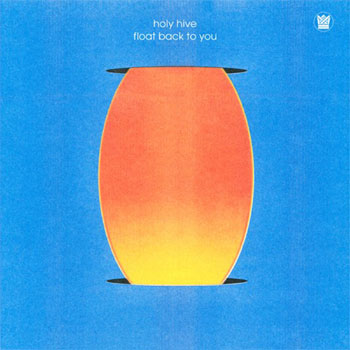 Combine crystalline, upper register vocals with a musical aesthetic that’s part Philly Soul, parts indie rock and relentlessly melodic, and the result – if it’s lucky – might sound a bit like Holy Hive. This Brooklyn-based trio has its roots in the music of folk singer Paul Spring, but the indelible, shimmering pop values of Holy Hive bear little connection to folk.

Imagine Hall and Oates at their very best, stripped of the slick veneer and given a smoky, intimate vibe that makes the listener fele they’re in the tastefully-lit room with Spring, drummer Homer Steinweiss and bassist Joe Harrison.

That word – tasteful – can sometimes be the kiss of death when talking about music. It might imply inoffensive, unassuming and the like. Alas, no: in the case of Holy Hive, it’s meant as a supreme compliment. And another word – consistency – can sometimes mean lack of variety. Holy Hive’s debut Float Back to You is indeed consistent, in that the tunes are of uniformly high quality. Each has its own character and mood. The group does define “laid back.” If Khruangbin had a superb singer (or, for that matter, one you could hear at all) it might bear some similarity to the Holy Hive sound. Additional sonic touches like flute (often played by Harrison), vibraphone and harp (not blues harp, understand) add flecks of texture to what were already carefully-formed songs.

The airy vibe of the songs on Float Back to You weaves the twelve songs together into a cohesive whole. The album is a kind of minimalist, 2020 take on the chillwave style, and is thus recommended in the strongest terms.