One Good Reason: Alan Parsons on the ‘Ammonia Avenue’ Boxed Set … and More (Part One) 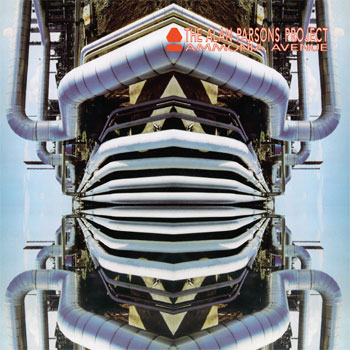 Alan Parsons is a unique figure in popular music; very few people go from working as a recording engineer and producer to becoming an artist in their own right. After working behind the scenes with the Beatles and Pink Floyd, Parsons formed his own Project (not, he explains, a group). Between 1976 and 1987, the Alan Parsons Project released ten albums of original music. Along the way, Parsons was nominated 13 times for a Grammy; he won his first with 2019’s Eye in the Sky (35th Anniversary Edition).

The Alan Parsons Project released its seventh album, Ammonia Avenue in 1984. That record charted worldwide, earning Gold certification in the U.S., Canada and Germany. Ammonia Avenue spawned three popular singes: “Prime Time,” “You Don’t Believe” and the hit “Don’t’ Answer Me.” A new and expanded boxed-set reissue of the album features the original record’s nine tracks plus an additional 44 tracks of songwriter’s demos and working versions.

In this recent conversation, Parsons looks back at Ammonia Avenue as well as the genesis and development of the Alan Parsons Project. He also provides a glimpse at future projects including a possible appearance in the upcoming documentary about the Beatles’ Let it Be.

Even though it was made during the height of the ’80s, Ammonia Avenue doesn’t sound as dated as some other records from that era. As a producer and a recording artist, do you make a conscious effort to avoid sounds and textures that are likely to end up being associated with a particular moment in time?

I always try to avoid fads and fashions. But you know, like everybody, I went through the “gated reverb” period. It was almost a necessary evil at the time. I’m well away from it again now, so it’s back to the natural drum sound.

Interestingly, during the period that Ammonia Avenue comes from, there was a fashion for a drum sound called Simmons. A Simmons box was usually triggered by the snare drum, and it made it have a sort of sinking sound, which was fashionable. It’s an interesting thing to compare the drum sounds on some songs between the old mix of Ammonia Avenue and the new mix. The Simmons sound is much more present on the old mix.

I have the original vinyl record; I’ll pull that out and compare it to the MP3 download I was sent …

Well, that’s not a format to make judgments on sound with.

Agreed. There’s often a concept – or at least, a thematic underpinning – that holds Alan Parsons Project albums together. Did those unifying concepts always come first, or was there ever a time when a song or songs came first and then you and your creative partner Eric Woolfson said, “Let’s build a concept around that”?

I think that happened a lot. “Ammonia Avenue” was a song that became the title track of the album. And I think Ammonia Avenue was one of the occasions where there really wasn’t a concept. “Ammonia Avenue” had its own concept, within the song itself. All the other songs are unrelated to it. Same on Vulture Culture [1984]. There’s no real link between the songs in any sort of conceptual form. Although, we always tried to have a nice flow between songs. Sometimes we made one song meld into another. That was just a production style thing.

The Hipgnosis art and packaging has long been a key part of the Alan Parsons Project albums’ character. Were you involved at all in the visuals, or did you give the artists a brief and then just let them run with it?

We were very involved with Storm [Thorgerson] in developing the artwork. I think the one exception was Eye in the Sky [1982], where he just came out of the blue with that Egyptian “eye” symbol. And we just said, “Yeah, it’s great.” But on all the other occasions, having heard the music, Storm would normally come up with seven or eight basic ideas as sketches. Then we would choose one of those ideas and develop from there.

Ammonia Avenue was released in the early days of digital recording and mixing. Having previously worked on completely analog albums like Abbey Road, Band on the Run, Al Stewart’s Year of the Cat and The Dark Side of the Moon, did you resist the digital approach?

No. I’m a digital convert; I’m happy with the sound of digital. I embraced it right from the start; Ammonia Avenue was probably one of the first albums to be mixed digitally. Vulture Culture was still probably analog multi-track with a digital mix. Then the subsequent albums were probably recorded digital multi-track as well as being mixed digital; Stereotomy [1985] was almost all certainly digital. And Gaudi [1987] was all digital, I think.

It was a real treat, actually, to get Ammonia Avenue multi-track tapes in high resolution digital files. The brief was just to do the 5.1 surround mix, but I got as far as doing that and said, “It’s crazy not to just mix it again in stereo,” because all the files were ready to go, as it were. So I did, much to the delight of the label … who didn’t pay me any extra.

Some things never change! The 1970s were an era in which most artists toured in support of their albums. I can only think of two major acts that managed to work outside that paradigm: Steely Dan, who did do a very few shows, and your Project. From the very beginning, was the plan to keep it a studio-only endeavor?

That was the way we wanted to do it. Eric in particular just wasn’t interested in the touring band vibe. Back in the early years of the Project, I probably would not have been confidently on a stage, to be honest. Although I did play the occasional bit of guitar and do the occasional backing vocal, my role in the Alan Parsons Project was as producer and engineer, not so much as a performing musician.

It just didn’t really seem a sensible thing to do for this duo, Eric Woolfson and myself, to gather up musicians and go out and play. If we had been brave enough to go out and hit the road, a substantial band would have been necessary, given the primitive technology available keyboard-wise at the time. I think we would have had to have at least ten to twelve musicians on the stage to reproduce everything.

And had we done it, I firmly believe that we could have been a huge act. I mean, we fitted into the prog rock category along with Yes, Genesis, Pete Gabriel, Pink Floyd. If we had put a live act together, I think we could have become a stadium act. It was a mistake not to, even though we weren’t inclined to do it that way.