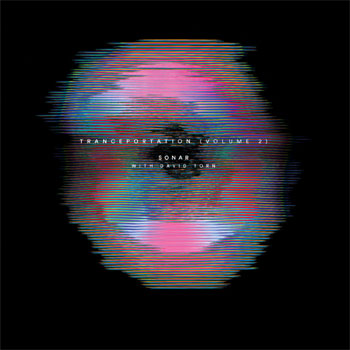 In my April 2018 review of Vortex, the first collaboration between Sonar and guitar master David Torn, I likened the music to ‘80s-period King Crimson at its most accessible, citing Crim’s “The Sheltering Sky” instrumental as a useful reference point. Between then and now I seem to have missed an album by this aggregation, because what I’m listening to right now is titled Tranceportation (Volume 2).

The smoldering, moody ambience of that first album comes slinking back for this release. In fact, the exact tone Robert Fripp used on “The Sheltering Sky” makes a fleeting appearance courtesy of David Torn, who, it should be emphasized, has plenty ideas of his own) around the ten-minute mark of this album’s title track.

Torn is credited with electric guitar and live looping; he’s supremely adept at the latter, as I learned when I first saw him in performance. The three strong-playing members of Sonar (two guitarists and a bassist) employ the historically controversial (theologically banned!) tritone scale for tuning. If from that you wonder if there’s anything sinister about it, well, just listen (Spoiler: yes.) And it’s much more tuneful than you might guess.

If you can imagine ambient music with a beat, occasionally topped with soaring lead guitar that may remind you of anyone from Joe Satriani to David Gilmour to Steven Wilson, then you’ll have some sense of what’s on offer here. The four tracks (more than 40 minutes’ worth of listening adventure) feature no vocals to trouble your blissed-out listening experience, but there’s more than enough going on to reward active listening.