Guitarist Laurence Juber Connects the Dots Between Classical, Folk and the Beatles 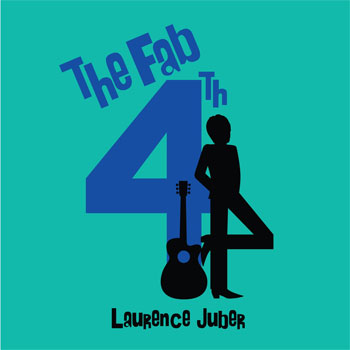 Laurence Juber was already an accomplished and in-demand session musician before he got the call to join Paul McCartney’s band, Wings. And although he was a member of the group for a comparatively short period – from 1978 until the band’s dissolution in 1981 – the influence of the former Beatle would loom large in his subsequent endeavors. But Juber moved beyond rock and pop in a significant way, going on to establish himself as a premier fingerstyle guitarist. His latest album, The Fab 4th, combines his enduring love for (and fascination with) the Beatles’ body of work with his dazzling technique on solo acoustic guitar.

Juber is a classically-trained musician who reads musical notation. And he says that sort of background isn’t as unusual as one might think among players in the pop music world. “You’d be surprised – especially when you start looking at studio musicians – how many have some level of musical training,” he says. Juber points to the famed coterie of session musicians that played on countless ’60s pop hits. “The Wrecking Crew did not appear out of nowhere; a lot of them were jazz musicians.”

Although he writes plenty of original music, on his series of albums exploring the Beatles’ music Juber applies his formal training to develop new perspectives on beloved and familiar songs. “The way that I approach playing solo guitar is to use an altered tuning as a tool to create textures and sonorities that aren’t necessarily typical of the way that the guitar will sound,” he explains.

In practice, that means that when Juber delivers an acoustic solo reading of a Beatles rocker like “And Your Bird Can Sing” (featured on 2017’s LJ Can’t Stop Playing the Beatles), it sounds like two or even three guitarists playing together. He says that his experience playing in rock bands and orchestras informs his approach. “When I’m playing, for example, ‘I am the Walrus,’ it gives me a context for emulating the cello lines, or the brass lines, or whatever,” he says. Juber re-imagines those instrumental parts and channels them through his guitar. 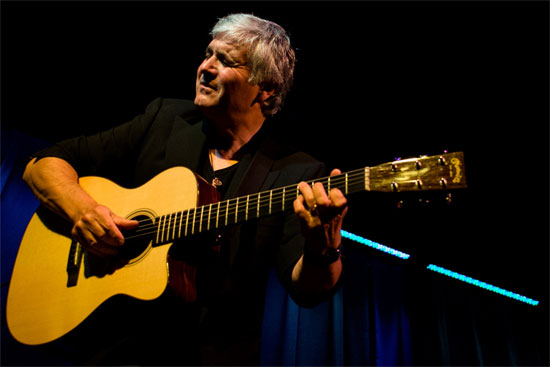 Folk music is another significant influence upon Juber’s approach to his instrument. He points in particular to British folk guitarists of the ’60s including Bert Jansch and John Renbourn (both of groundbreaking group Pentangle) and Davey Graham, a hero of the British folk revival of that era. Describing it as “folk baroque,” Juber explains that the style is informed by Elizabethan and Renaissance era lute music. “In a way,” he suggests, “that was their own version of what we now call twelve-bar blues.”

And it’s all connected: Juber says there’s a direct line connecting British folk to American musical traditions. “It’s rooted in the Kentucky thumb-picking tradition of Merle Travis’ and Chet Atkins’ style of playing,” he says. “When people ask me if I play country, I say, ‘Which country?’”

Those connections are the glue that celebrates the line between old and new. “Paul McCartney based his accompaniment to ‘Blackbird’ on a Bach bourrée that he and George [Harrison] learned from a Chet Atkins record,” he says. “It just goes to show.”

For his music, Juber draws from rich musical traditions, but he isn’t afraid to apply modern conventions when they make sense. While most fingerstyle guitarists use nylon strings on their instrument, Juber prefers steel, the kind favored by rock players. “I’ve worked with Martin Guitars over the last twenty-plus years to evolve an instrument based on my signature specifications,” he says. His considers his signature model OM Series guitar from Martin to be “about as close as you can get to a classical guitar, but with steel strings.”

To date, Juber has recorded and released more than two dozen solo albums. “I really learned how to make records as a producer from watching Paul [McCartney],” he says. Today he produces most of his own albums; wife Hope co-produces the Beatles-themed releases. In fact that musical direction was sparked by her. “People were asking me for an album of Beatles arrangements for solo guitar, and I kept saying no,” he recalls. “And finally, Hope said, ‘If you don’t do it for anybody else, do it for me.’”