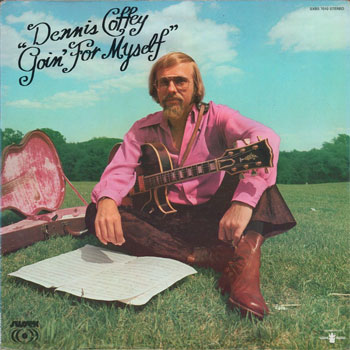 Goin’ for Myself (1972)
On its initial release, Evolution didn’t sell. “The album was out there,” Coffey recalls, “but for a year, it did nothing. So, Mike and I said, ‘Well, maybe the people aren’t interested in the guitar band thing.’ So, we went in the studio and said, ‘We’re gonna go back to horns and strings.’”

Almost half of the songs on Goin’ for Myself are covers—tunes from Carole King, Simon and Garfunkel and the Jackson 5’s “Never Can Say Goodbye.” Coffey explains, “I was still finding my way. Don’t forget, we thought Evolution had stiffed, and that had mostly originals on it. So, I said, ‘Well, maybe I need to do some cover stuff.’ You mix it up until you find something that works.” Theodore and Coffey’s lush strings and beefy horns add texture to the relatively streamlined rock ensemble, and Coffey’s sinewy guitar leads often engage in spirited dialogue with the brass and strings.

But halfway through the sessions, Coffey received a phone call from Ron Moseley, Sussex’s national promotions representative. “Look, the dance clubs are tearing ‘Scorpio’ up in New York,” Coffey recalls being told. “I thought the album had been stiff for a year. All at once, the fans found it. And Moseley told me, ‘Stop what you’re doing in the studio. We want more guitar band stuff!’ And that’s where ‘Taurus’ came from.” Coffey and Theodore ran the rest of the sessions without the horns and strings. With “Taurus,” Coffey scored his second Top 40 hit under his own name.

Goin’ for Myself made it to #37 on the R&B album charts, and #90 on the mainstream album chart. 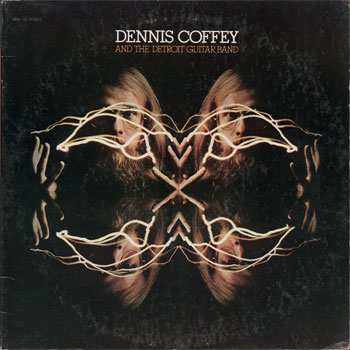 Electric Coffey (1972)
With the creative momentum shifting back toward guitar-centric arrangements, Electric Coffey was an unabashed attempt to capitalize on the success of “Taurus” and “Scorpio.” The guitar overdub technique of Evolution was applied throughout, and seven of the album’s nine cuts have astrologically-themed titles, the most blatant being “Son of Scorpio.”

Coffey freely admits that for him, the song titles are an afterthought, “a matter of convenience. When I write a song, they’re just numbers: song #5, whatever. Once the songs are finished, then I decide on the names.”

And Coffey says that he often writes on demand. “Any time that I know that I have a reason to write, I go down to my basement, I sit down with my guitar and start doodling around,” he says. “I can work on a schedule, and stuff will show up. Now, every so often nothing shows up. Then I say, ‘Well, let me stop this today, and I’ll do something else.’”

Reaching #189 on the album charts in the early months of 1973, Electric Coffey would be the last Sussex album Coffey would record in Detroit. The company had relocated to Los Angeles, and the Theo-Coff team soon followed. 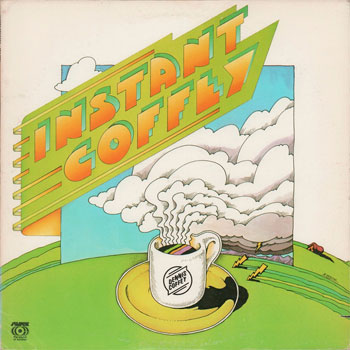 Instant Coffey (1974)
“Recording in L.A. is a whole different ball game than recording in Detroit,” Coffey says. “Detroit has a certain musical DNA, which is why the Funk Brothers were here—that’s part of Detroit DNA, and that’s what I missed the most when I was in L.A.” For his fourth Sussex LP, Coffey still availed himself of some of the finest players available, including keyboardists Joe Sample and Melvin Melvoin, conga player King Errison and Funk Brother James Jamerson on bass.

Instant Coffey found the guitarist and Theodore making greater use of strings, brass and woodwinds, giving the album a sound closer to the early sessions for Goin’ for Myself. But despite the inclusion of excellent material like “Outrageous (The Mind Excursion),” the positively cinematic “Sonata” and a reading of Lalo Schifrin’s “Theme from Enter the Dragon,” the album failed to chart.

Part of that may have been due to Clarence Avant’s business troubles at the time. “He was losing the Sussex label, the whole thing,” Coffey explains. “And he was kind enough to give me a heads-up about it.” Coffey negotiated a new deal with Armen Boladian’s Westbound Records. “I got the same kind of deal with Armen that we had with Clarence, but that only lasted about a year and a half. Then Armen’s deal with Atlantic crashed,” he says. “They let him go.” While at Westbound, Coffey released three albums, highlighted by 1976’s hit Finger Lickin’ Good, a record sporting racy, provocative cover art.

Coffey’s albums always did better with black audiences. He recalls a gig in Brooklyn, probably around 1972. “I’m playing at this hotel ballroom that had a capacity of 2,000 people, I hit ‘Scorpio,’ and suddenly there’s this huge conga line, everybody dancing. I was like, ‘What’s going on? This is bizarre!’”

Modern-day musical artists have mined the tasty licks found throughout Coffey’s Sussex-era catalog; “Scorpio” has been sampled at least 100 times by artists as diverse as Moby, Fugees, Public Enemy, Queen Latifah, the Prodigy, Run-DMC, Snoop Dogg, TLC, Bell Biv Davoe, Digital Underground and literally dozens of others. And Clarence Avant—with whom Coffey remains on good terms—helped make sure Coffey got the credit he deserved.

Coffey recalls Avant telling him, “Look, I’m gonna talk to the other label presidents. I know all these guys and I’m in New York. I will figure out a way where we start getting paid.” Avant believed that sort of preemptive action was preferable to a flurry of lawsuits. “So, I started getting part writing [credit] on the songs,” Coffey says.

Dennis Coffey remains as busy as ever today; his sizzling self-titled 2011 album paired him with a variety of today’s vocalists, revisiting classics that he played on back in the day, like Rodriguez’s “Only Good for Conversation,” Wilson Pickett’s “Don’t Knock My Love” and Funkadelic’s “I Bet You.” And he still plays live, with a regular Tuesday gig at the Northern Lights Lounge in Detroit.