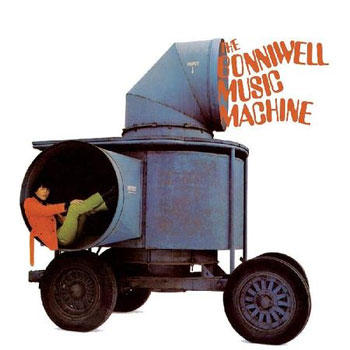 There’s an esteemed list of albums from the 1960s that didn’t get their due the first time around; the era was so rich with gems that plenty of great albums slipped by the public’s notice. For every Pet Sounds, Revolver and Days of Future Passed there’s an obscurity that – while it may not have exerted the influence of the aforementioned titles – has virtues that far outstrip its meager commercial impact. Happily, the CD era brought with it a rediscovery of some lost classics: The Zombies’ Odessey and Oracle is one; Love’s majestic Forever Changes is another.

Love’s third album represented Arthur Lee and his band mates’ move beyond the group’s earlier garage-punk sound toward a deeply textured, nuanced approach that should have won it universal acclaim. But (among other things) the band’s refusal to tour much beyond Los Angeles doomed it to obscurity until modern-day crate-diggers belatedly discovered its charms.

A similar case in point is Bonniwell Music Machine from 1968. Sean Bonniwell had led the Los Angeles-based group to great heights with “Talk Talk,” a proto-garage classic and a highlight of the band’s superb debut, 1966’s (Turn On) The Music Machine. But the group – including future hit producer Keith Olsen on bass – had splintered shortly after releasing that first album, and so when Bonniwell set about making a follow-up, he found himself working with unfinished band tracks and a cast of studio players.

Against that backdrop, it’s a surprise that he made a successful record at all. But the deeply idiosyncratic Bonniwell Music Machine is a minor classic all its own, with a character not miles removed from Love’s Forever Changes.

Some of the tunes on the band’s second (and final) album evoke the spirit and character of the debut. With its snaky and unusually lengthy signature riff, “Double Yellow Line” sounds today like the sort of thing that would have been a hit. (It wasn’t.) Bonniwell’s hoary, strangled vocals reinforce the sense of danger that the drop-tuning instrumentation provides. “Bottom of the Soul” is equal parts pop ditty and macabre, carnivalesque soundtrack.

But tracks like “The Day Today” feature baroque arrangements and soothing vocals that seem flown in from another album. And Bonniwell splits the difference on “Absolutely Positively,” with prominent harpischord and vocals that alternate between sweet and sinister. “Somethin Hurtin on Me” combines soulful horn charts and raunchy combo organ. “Soul Love” combines an instrumental acid freakout vibe with the kind of elemental punk the Stooges were making in Detroit. And other than for Bonniwell’s sandpaper vocals, “The Trap” could be a Forever Changes outtake.

As a lyricist, Bonniwell is at the top of his game here; the songs will satisfy both those who prefer petulant girl-done-me-wrong lyrics (“I’ve Loved You”) and listeners who appreciate his more philosophical, allegorical musings (“The Eagle Never Hunts the Fly.”).

Long out of print, Bonniwell Music Machine received a CD reissue (with bonus tracks) in 1995, retitled Beyond the Garage. Real Gone Music’s 2020 reissue (on olive green vinyl) is the first-ever LP re-pressing of this overlooked classic.