Album Review: Game Theory — Across the Barrier of Sound 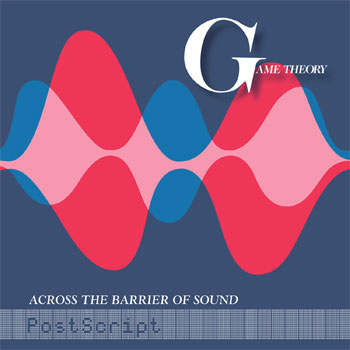 One of the larger projects that Omnivore Recordings has undertaken in recent years is the Game Theory catalog. The alternative rock band (there are other labels that might apply, but the group’s work is eclectic enough that none fits perfectly) led by Scott Miller released five albums and a pair of EPs during its time together, a period that nearly spanned the entirety of the ‘80s. And the group’s work ranks among the most notable of that period.

Omnivore has reissued all of those albums (the EPs Pointed Accounts of People You Know and Distortion were compiled as Dead Center), and friends and associates of Miller (who died in 2013) completed an unfinished project, released in 2017 as Supercalifragile. That would have seemed to be the end of the story, but Miller was prodigious in his output: his other band, The Loud Family, released nearly as much material during its time together.

As they say in advertising pitches, but wait: there’s more. Game Theory went through a number of lineups, with Miller as the sole constant. Aside from devotees of the band who worship every note that Game Theory ever recorded or played, many fans have a particular favorite era. (Mine happens to be the lineup that made The Big Shot Chronicles in 1985.) By the tail-end of the ‘80s, the group included only Miller and Gil Ray from that lineup, and Ray had switched from drums to keys and guitar. So essentially, that final Game Theory was a wholly different group. And that lineup – also featuring bassist Michael Quercio of The Three O’Clock and drummer Jozef Becker – never released an album.

Alas, they did record a fair amount of new material. And now Omnivore has compiled those tracks – fourteen songs, variously taking the form of home demos, remixes and a live tune – releasing them as Across the Barrier of Sound: Postscript. In fact the CD version of the release appends an additional ten cuts – more demos, more live material – packing the disc to its limit.

The songs included on this new compilation say a lot about Scott Miller’s (and his band mates’) interests and influences. From a spare vocal and electric guitar reading of the Beatles’ “All My Loving” to a cover of the Nazz underground classic “Forget All About It” to an Eno cover (“Needle in the Camel’s Eye”) to a live recording of the full band playing the Monkees’ deep album cut “The Door Into Summer” to Big Star’s “Back of a Car,” the album highlights the eclecticism that was a hallmark of Game Theory. In fact, the covers are easily the best things about the set.

The ragged demo quality of the performances is generally offset by the high recording quality, but Across the Barrier of Sound is most definitely not the place to begin a deep dive into the Game Theory catalog. Instead, it should probably be among the last thing one purchases from among Omnivore’s reboot of the band’s offerings. But that’s not to say that it’s inferior. If you’ve bought any of the label’s previous Game Theory sets and derived enjoyment from the second half (or in some cases, the second disc) of those sets, you’ll find these tracks equally illuminating and enjoyable.