A group as great as The Allman Brothers Band doesn’t simply burst forth fully formed. There has to be a back story. And while it’s true that the greatest bands are so often more than the sum of their parts, the creative artistry of Duane and Gregg Allman cannot be denied. Some years ago, the superb Skydog 6CD compilation provided a career-spanning look at the (tragically short) life and work of guitarist Duane Allman, from his early days as a session musician through his landmark work on those early ABB records.

That collection also drew from the projects Duane did with brother Gregg (keyboards and vocals), which took a variety of forms. Most of that material has been released before – sometimes many times – but most of it has been out of print for some time now. Some may dismiss this material because it rarely reaches the heights of Allman Brothers-period work, but to dismiss these early efforts as juvenilia is to deprive oneself of the opportunity to experience Duane and Gregg’s development as artists. Even though these records often don’t sound like the ABB, there are hints of the direction they’d pursue. And even when the music isn’t revelatory, it’s enjoyable on its own merits.

Newly reissued (by a Universal division called The Allman Brothers Band Recording Company) and available for the first time in many years, four albums cover this early work. 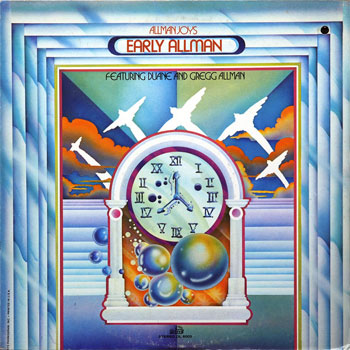 Allman Joys – Early Allman
Produced by John Loudermilk – whom the liner note tell us “discovered” the Allmans – this represents the earliest recording documented on the four new reissues. Recorded in Nashville in 1966, this session features a six (or seven) piece band tearing into material with a decidedly hard rock/garage character. Gregg’s “Gotta Get Away” would have fit nicely onto the Lenny Kaye-curated Nuggets compilation; there’s a vague hint of Southernness about the performance, but it’s closer to the 13th Floor Elevators than the future sound of the ABB. Gregg’s “Oh John” is a twangy rocker with some strange, percussive organ sounds sprinkled throughout; it has a character not unlike the Sir Douglas Quintet. There’s a melancholy vibe to “You’ll Learn Someday,” another Gregg original that shows the stylistic breadth of his artistry was evident years before the ABB. And while the group’s take on Willie Dixon’s “Spoonful” is just about what you’d expect from 1966 – lots of fuzz guitar licks that recall the Yardbirds – it’s more spirited and fun than Cream’s version. The youthful energy displayed on these tracks suggests a bright future. 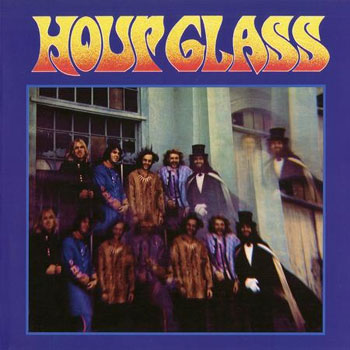 Hour Glass – Hour Glass
Recorded just a year later in Los Angeles, Hour Glass is a very different affair. Sunny, soulful pop of the highest order, this material holds up well alongside the AM radio hits of the day. With prominent horn charts throughout, tunes like “Out of the Night” have an uptempo exuberance that often sounds like a cross between B.J. Thomas and the black soul music that ruled the airwaves in the early, pre-disco ‘70s. Nearly all of these tunes sound as if they could have been cut at Stax, though the (superbly catchy) horn charts don’t have quite the same Southern feel. Imagine the ABB with a stronger pop sensibility and a commercial sensibility, and tracks like “Nothing But Tears” might be the result. Duane gets to take more solos here than he did on the ‘66 record, but his excellent taste shines; he never overplays, adding just the right touches to the songs. The quality that sets this material farthest apart from ABB songs has to be the care put into the vocal choruses that feature throughout. The intro of “Cast Off All My Fears” scores points for weirdness, but the song itself is a thrilling, undiscovered pop gem. It’s a testament to just how much good music was being made in those days that Hour Glass was somehow overlooked. 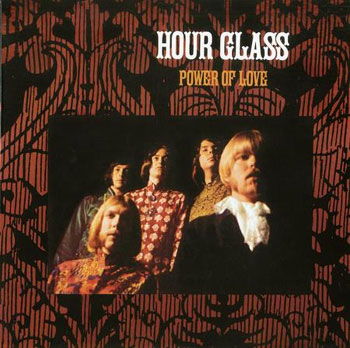 Hour Glass – Power of Love
Things went well enough with the first Hour Glass LP (though it didn’t really sell) that the band got a second shot in the studio a mere five months later, in January 1968. Whereas the cover art an photo for Hour Glass portrayed a shaggy bunch of ruffians who might remind some of the Grateful Dead, Power of Love’s cover features the band fronted by Gregg and Duane in their finest duds, dressed like Sgt. Pepper-era Beatles or the guys in Strawberry Alarm Clock. (The back cover looks like an Electric Prunes affair.) But the music is another superbly soulful set with a subtle country flavor. The title track features Gregg’s distinctive voice, and while the musical backing isn’t earth-shaking, it’s wonderfully evocative of its era. Again, a great deal of care went into the arrangements, especially vocals. It’s interesting to hear Paul Hornsby’s grooving Wurlitzer electric piano on the swaying “I Can Stand Alone.” And “Down in Texas” sounds more like an Allman Brothers Band tune than anything heard earlier. And in case listeners had any doubt as to when the album was recorded, Power of Love features an only-in-’68 reading of the Beatles’ “Norwegian Wood.” Coral electric sitar, electric piano and gurgling organ are highlights of this instrumental take, which is better than one might expect. Clearly, these guys had something going: the gushing liner notes of the ‘68 LP were penned by Neil Young (then of Buffalo Springfield) and “witnessed and approved” by Stephen Stills. 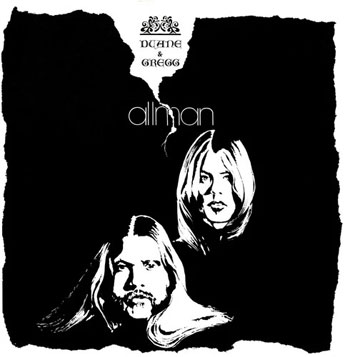 Duane & Gregg Allman – Duane & Gregg Allman
The last and latest in this series of pre-ABB reissues is both the oddest and the most well-known. After moving back east, Duane and Gregg cut these nine song in south Florida under the direction of Steve Alaimo, former featured cast member of Where the Action Is! The session was ostensibly a series of demos for the band 31st of February (featuring one Butch Trucks on drums) but hearing it now, it’s Allman Brothers through and through. The song selection reflects the tastes of the other participants (two songs penned by the band’s bassist David Brown, plus Alaimo’s own “Well I Know Too Well”) but a cover of Tim Rose’s “Morning Dew” shows that the ABB era was dawning. A more subdued and mature vocal is the presiding characteristic of Gregg’s original “God Rest His Soul.” Another version of Eddie Hinton’s “Down in Texas” shows that the brothers could take it different places (yet though it’s buried in the murky mix, Duane plays nearly the same solo as he did on the Hour Glass version). And Gregg’s delightful electric piano on “Nobody Knows You When You’re Down and Out” suggests that Gregg listened to a lot of Ray Charles. But it’s the band’s recording of “Melissa,” a tune Gregg co-wrote with Alaimo, that connects this set most firmly to the future. Here it still displays the melancholy character Gregg’s Laid Back version has, but it’s a bit more pop in its execution.

Ardent fans of the Allman Brothers Band will definitely want these discs, but they’re strong enough to be appreciated on their own, apart from the ABB legacy and as examples of the rich creativity that flowed in the U.S. in the second half of the 1960s.