Who Can It Be Onstage Now: Colin Hay

Note: This essay was written to preview a March 2020 Colin Hay show; due to the COVID-19 pandemic, the tour was cancelled (or at least rescheduled to 2021). 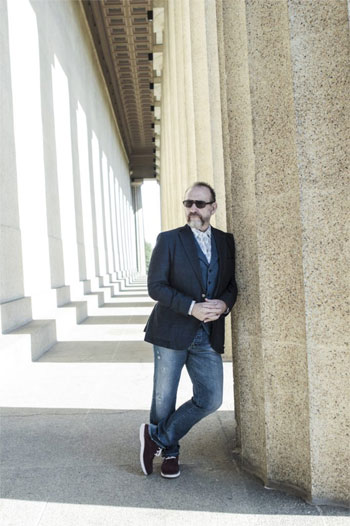 Men at Work scored international success with their MTV-era hit, “Who Can It Be Now.” That song was part of an impressive string of hits from the Australian band’s debut album, Business as Usual. Fronted by Scottish(!)-born singer and guitarist Colin Hay, Men at Work found worldwide success on a blockbuster level; the album reached the #1 spot on charts in Australia, New Zealand and the UK. In the united States, Business as Usual went 6x Platinum (six million units sold).

The group’s time in the spotlight was somewhat, brief, however. Men at Work’s followup album, 1983’s Cargo performed well internationally, spawning three hit singles, but by the time of Two Hearts in 1985, their star had faded; that album earned Gold certification (500,00 units sold). The band at that point featured only Hay and two other original members, one of whom left once the album was completed. As 1986 began, the group was no more, and Colin Hay commenced a solo career.

Hay’s solo albums didn’t set the charts on fire in the way that his old band’s records had done, but they did serve as vehicles to showcase his fine abilities as a singer, musicians and songwriter. Commencing with 1987’s Looking for Jack, Hay would release more than a dozen albums; one of the most notable among these is 2003’s Man @ Work. That record features new versions of songs from both Hay’s solo career and his Men at Work days. In 2014 the album was reissued on vinyl with a number of new tracks.

Along the way, Hay has appeared in a number of film and television projects; American audiences are most likely to have seen him in his appearances on the popular sitcom Scrubs. Hay has also been a recurring member of Ringo Starr’s All-Star Band, bringing his music to enthusiastic and nostalgic audiences. He has also taken part in tours with popular acts including Violent Femmes and Barenaked Ladies, as well as mounting solo acoustic tours. It’s the latter form that his current run of dates takes, with an engaging show that draws from both his solo records and his Men at Work era; audiences are almost sure to hear “Down Under,” Be Good Johnny” and of course “Who Can It Be Now.”

As the focus of international news lurches from one crisis and disaster to another – the latest being the very serious COVID-19 flu, it’s easy to forget about the recent and devastating wildfires that scorched a significant portion of the Australian landscape. That calamity killed or maimed untold number of animals, displaced people and inflicted serious damage – physical, emotional, financial and otherwise – upon the country.

In mid-January, Colin Hay announced that the proceeds from meet-and-greet events on his 2020 tour stops will go to benefit Australia fire relief. As he wrote on his web site, “People pay extra money to say hi and hang a little before the show. All the proceeds of these will go to the Cobargo Community Bushfire Recovery Fund.” That fund is a community-led fundraiser for the small village in New south Wales, Australia where Hay and his girlfriend bought property in 1976. He wrote “Who Can It Be Now” while living there.

Hay’s message continued: “So, if you’re coming along to a show, and you’re thinking about splashing out for the meet and greet, go for it. And know that your hard earned is going to support a great, honorable and brave organization, made up of people who risk their lives in the face of ever more furious fires.”