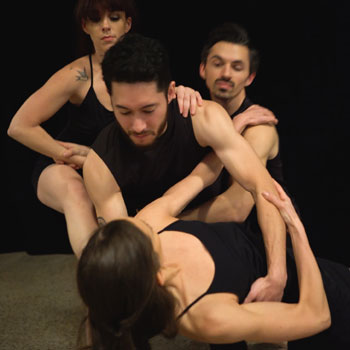 Some artists’ strength is expressed as consistency: listeners know what to expect, and they appreciate that familiarity. Other artists, however, chart a circuitous path, with each project quite different from the last. It’s that latter approach that comes to define the work of Asheville guitarist, singer and songwriter Ben Phantom, formerly known as Ben Phan.

“I just got tired of people misspelling and mispronouncing my name,” jokes Phantom, noting that in his father’s home country of Vietnam, Phan is a common surname. But then he provides a more thoughtful reply. “I’m trying to get outside myself, challenge myself and do things creatively,” he explains. “Having a moniker gives me the freedom to push my limits.”

Phantom’s earliest work had strong hints of Afrobeat and bluegrass. His more pop-leaning 2016 album, Dreams in Modern Folk features introspective lyrics written during a trek along the Pacific Crest Trail. And the title of his 2017 album emphasized Phantom’s adventurous spirit: Fear is the Teacher is more of a singer-songwriter album, but the finely-crafted release is immersed in the subtlety that cello, fiddle and upright bass can provide.

But along with changing his name, Phantom is steering away from the album paradigm. “Right now, I’m focused on putting out singles with music videos that tell stories,” he says. The first fruit of Phantom’s new multimedia approach is “I’ll Meet You There.” The video features Phantom working as part of a four-person modern dance ensemble.

The dancers provide a visceral, visual expression of the emotionally resonant song. “I see myself as a budding videographer almost as much as I do a musician or a producer,” Phantom says. His videos are less promotional tool than they are well-rounded artistic statements. “My goal with music videos is to make compelling artistic pieces in themselves,” he says. “I’ll Meet You There” was recognized at film festivals in Florence, Italy and London.

Phantom’s current project – scheduled for release May 1 – is his most ambitious yet. The multimedia work draws from hours of video footage shot during a trip he and his father made back to Vietnam. “It was my first time there, and his first visit in 42 years,” Phantom says. “The video is the story of him returning to Vietnam after all these years.”

With all live dates on hold during the pandemic, Phantom is focusing on completing the video and creating more exclusive content for his fan subscription-based Patreon page.