Sadler Vaden is Getting ‘Out There’ (Part One)

Guitarist Sadler Vaden has been a member of Jason Isbell’s 400 Unit since 2013. He’s part of the Grammy-winning team that made 2015’s Something More Than Free and the band’s 2017 album The Nashville Sound, both of which earned Album of the Year awards at the Grammys. Each of those albums spawned a single that would earn a Grammy for Song of the Year: “24 Frames” and “If We Were Vampires,” respectively.

Vaden doesn’t write songs for the 400 Unit; leader Isbell has that covered. Before joining that group in 2013, Vaden was a member of Kevn Kinney’s Drivin N Cryin. Vaden contributed to a series of four loosely thematic EP the group made: Songs About Cars, Space and the Ramones and Songs From the Laundromat (both 2012) and a pair of releases from 2013, Songs for the Turntable and Songs From the Psychedelic Time Clock.

All Drivin N Cryin releases feature group credit on songwriting, so it might seem difficult to judge from those just how much he contributed in terms of creative input. But as you’ll learn when you keep reading, Kevn Kinney made plain just how an important creative force the guitarist from the South Carolina guitarist was for the band.

That was clear, too, as Vaden launched a solo career in 2012 with Radio Road, his debut EP. He followed that up in 2016 with the full-length album Sadler Vaden. And even amid the demands of touring and recording with Isbell – as well as producing other artists – the 34 year old musician found time in early 2020 to record and release his second full-length, Anybody Out There? The years have only sharpened Vaden’s songwriting and instrumental capabilities. He’s managed to strike a healthy balance between providing musical support for top-notch songwriters and pursuing his own creative vision.

When I spoke to Sadler Vaden, he was gearing up for a tour in support of his album. No one yet knew that all of the live dates would be postponed or canceled. 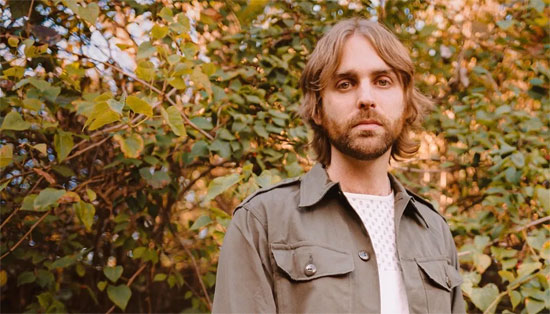 When I interviewed Kevn Kinney five years ago, he brought your name up. This is part of what he said: “This guy is a genius. We had him in our band, and I knew that this kid was going to be big. So I wanted to make as many records as fast as I could with the guy while he was with us. You’re going to hear about him for the rest of your career and his career.”

What did you learn about songwriting, performing, and just being in a band during your time in Drivin n Cryin?

First off, getting compliments like that from Kevn Kinney – whether they be true or not – that’s a high honor for me; that’s high praise. And his words mean a lot to me.

I learned about all of those things from being in that band. But I learned so much about the craft of songwriting. I learned how to be a little bit more free onstage, and how to let things happen musically that aren’t rehearsed. Not to say I didn’t know how to improvise before, but most nights, Drivin n Cryin goes out there every night without a set list. So, you’ve got a catalog of over 100 songs to be able to jump in and play.

And then, in terms of being in a band, it’s … what’s the word I’m looking for? I commend them for staying together for so long and making it work. And you see what their music means to people. So, I guess I learned that if your music means something to people, you can always go out and play it.

One thing that Kevn Kinney and Jason Isbell have in common is that they’re both great songwriters. What kind of things have you been learning as a member of Jason Isbell’s 400 Unit?

Well, I’ve put my tried-and-true method of serving the song into full play in that band, because Jason’s such a great songwriter. He’s also a great guitarist, great singer. You know, my role in that band is to be a part of a unit. A unit where there’s a lot of different pieces of the puzzle. I’m not the sole lead guitarist or the front man. So, I’ve learned how to really fulfill my sideman role.

You got your start in a power trio. Obviously, the dynamics of playing in a three-piece are very different from being a guitarist in a five- or six-piece band. When you first started playing with Drivin n Cryin, did you find that you had to modify your playing to “make room” for other players, or did that come naturally?

But I guess the difference is, when I joined a band that had more instrumentalists, when I wasn’t the only guitar player, I learned a lot about how to not play anything. I tell people that my favorite guitar effects pedal is the mute switch.

Right! Knowing when not to play is every bit as important as knowing when to play …

Do you feel the need to write and make your own music in a way that sets it apart from the kind of things that the 400 Unit does?