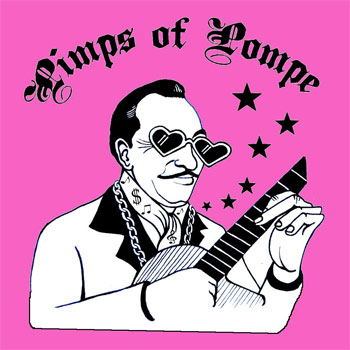 Asheville-based Pimps of Pompe has a unique musical approach. The band takes inspiration from modern hip-hop and rhythm and blues, bending those forms into the style of pre-World War II “hot jazz.” The group’s new self-titled EP showcases that process alongside original songs and selected jazz classics.

Songwriter, band leader and mandolinist Cynthia McDermott says that Pimps of Pompe allows her to explore her love of jazz and modern music at the same time. “I’ve been playing ‘trad’ jazz, swing and gypsy jazz for ten years,” she explains. “I love that music, but I felt like it could use an update to feel relevant to me and to audiences that aren’t necessarily exposed to a lot of older music. And I love hip-hop, and rap – music from the ’90s and 2000s. So I wanted to find a way to put all the things that I love together in one sound.”

Recasting songs like Beyoncé’s ‘Drunk in Love’ – a highlight of Pimps of Pompe’s new release – into the jazz idiom requires some creativity; for all its virtues, the original recording isn’t strong on melody. “I love hip-hop music,” McDermott stresses, “but that music isn’t necessarily very advanced harmonically.” But she points out the Beyoncé’s lyrics have a depth that’s sometimes lacking in carefree jazz age songs. “Putting together these two styles brought something that was, to my ears, missing from each style.”

Pimps of Pompe’s hybrid works aim to emphasize the best of both forms. The darkness and melodramatic vibe of ‘Drunk in Love’ is leavened by channeling it into a cheerful, upbeat jazz arrangement. And the group’s goal of having lighthearted fun is furthered through its uptempo approach. “I went through some times playing music professionally where I felt too serious about what I was doing,” McDermott admits. “Being lighthearted and playful is a focus of what this band is about.” 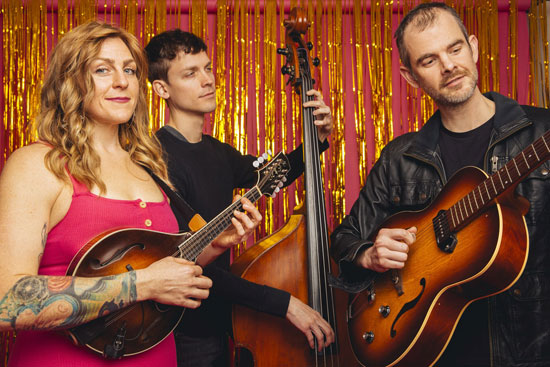 McDermott readily acknowledges that Scott Bradlee’s Postmodern Jukebox serves as an inspiration for what her band does. “It’s fun to create that jazz vibe for songs where the chord progression might not be very prominent,” she says.

Pimps of Pompe isn’t only about reinventions: the EP features a pair of McDermott originals and readings of songs by gypsy jazz guitarist Django Reinhardt. But for its live performances, the group puts primary focus on the hybrid form, with covers of Snoop Dogg’s “Gin & Juice” and Salt-N-Pepa’s “Shoop.”

McDermott says that the EP is designed “to express the range of what we do, but I chose songs that we can deliver with some kind of connection.”