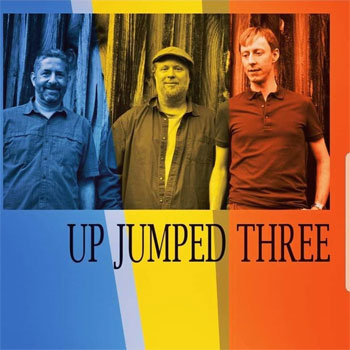 Rhythm is traditionally a key component in music. But especially within the jazz idiom, some groups craft a sound that doesn’t include a drummer. In the tradition of trios led by Art Tatum, Tal Farlow and other greats, Asheville’s Up Jumped Three makes original instrumental jazz with saxophone, guitar and upright bass. The trio’s latest release is a self-titled album.

As with any jazz group, rhythmically and harmonically, the center is the bass,” says Bryan White, Up Jumped Three’s bassist. “And one of the cool things about thinking about time in that way – everybody is responsible for it – is that we all take on that responsibility to keep up, keep rooted and keep moving.”

And Up Jumped Three’s music does move. Each of the three musicians – White, saxophonist Frank Southecorvo and guitarist Tim Winter – composes for the group. “We all write independently, but the arranging and the final coloring, so to speak, we do as a group,” explains White. “What really makes everything come alive is how we arrange [the music].”

Improvisation and the open-ended musical values of free jazz greatly inform the trio’s approach, but there’s a sense of structure at work as well. “We’re all influenced by more modern jazz aesthetics and even classical, in some cases,” White says. “We’ll sometimes write a fully composed melody section, and then have a separate set of changes to solo on, or we’ll have an unwritten melody section in the middle, where it’s like, ‘Okay, we’ve played the composed portion. Now let’s blow!’” 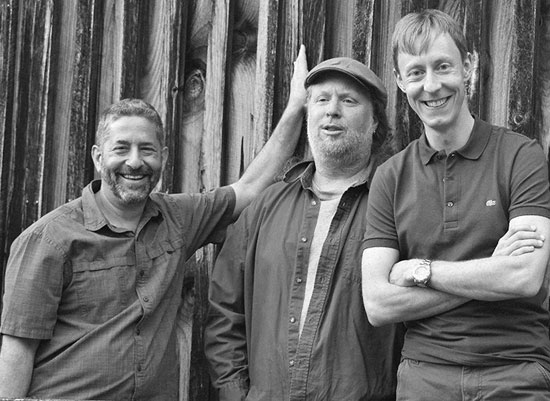 The 14 tracks on Up Jumped Three were all recorded live in the studio, with a minimum of post-performance fixes; that approach was essential to preserving the music’s organic feel. White says that a level of unspoken communication is essential to making the trio’s music work in a live setting. “It’s a balance between listening with your ears and ‘listening’ with your eyes,” he says. “The communication is musical, but it’s also multi-sensory in a lot of respects.”

The three musicians have been together as Up Jumped Three for more than five years. And White says that over time he and his band mates have become collectively more willing to experiment musically. “We’re more comfortable with deconstructing our early tunes and doing new things with them,” he says. “It’s amazing, the ease with which new things come together. New ideas spring forth, ideas you didn’t think about before.”