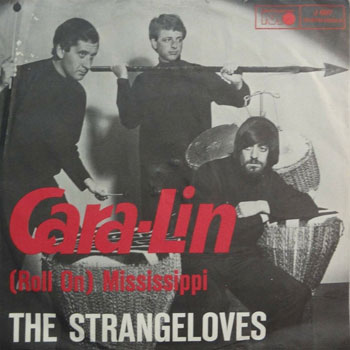 Onstage, the band was a mix of incongruous elements. The typical American audience member of 1965 wouldn’t have known that Australia had neither zebras nor African drums. And things got ever weirder when the Strangeloves went on television. “We were on Hullabaloo,” Gottehrer recalls. “We were introduced by Sammy Davis Jr., who did the boogaloo during our performance. And for some reason, they put us in an African hut! You can see it online, if you want a laugh.”

“Nobody in 1965 America really knew any Australians,” Gottehrer says with a chuckle. He recalls doing a TV interview in character. “The girl said, ‘Whoa, guys. You’re fantastic, but you know … you don’t look like brothers.’ And I remember saying something like, ‘Me mum’s spent time in the bush.’”

The Strangeloves’ live set also featured a tune written by Berns and Farrell. “It was called ‘My Girl Sloopy,’ Gottehrer says. “But we changed it to ‘Hang On Sloopy.’” The song’s history took a turn when the Strangeloves played in middle America. “We were on a Dick Clark tour, pretending to be Australian in Tulsa, Oklahoma,” Gottehrer recalls. The Dave Clark Five was on the tour, too. And when they heard “Hang On Sloopy,” they decided they liked it.

“We got off stage, and one of them said, ‘That was great. We’ve taped that,’” Gottehrer says. The British band announced their intention to cut their own version and release it as their next single. But the Strangeloves had already recorded their own version. So they got Randy Zehringer – lead singer from an unknown band Rick and the Raiders – to record a new vocal over their existing track. Released as the McCoys, the record beat the Dave Clark Five’s version to the marketplace. It reached #1 on the U.S. singles chart.

The Strangeloves would release only one LP during their time together; the twelve-song I Want Candy featured nine originals plus their original recording of “Sloopy” along with covers of Gary U.S. Bonds’ “New Orleans” and the Rolling Stones’ “Satisfaction.” The back of the LP sported a fanciful bio of the group, telling the tale of how the Strange brothers earned their fortune by developing a breed of long-haired sheep, suspiciously named Gottehrer Sheep. (The same essay also claimed that “Love, Love” was “one of Australia’s top hits of early 1965.” It wasn’t.)

While there have been some reissues of the original vinyl record in Germany and Japan, U.S. label Real Gone Music’ new limited-release red vinyl mono pressing is the first pressing from an English-speaking country since the album’s original release. 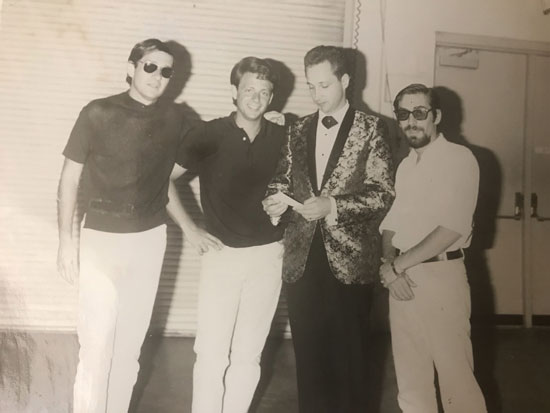 Because they hadn’t sought to become a touring band, GGF eventually enlisted other musicians to appear onstage as the Strangeloves. “As we were coming to the end of our time together, there was a band of young musicians who were integrated with the studio musicians to make the records,” Gottehrer explains. “So we allowed them to be the ‘road’ Strangeloves. We gave them the drums and the vests.”

Feldman insists that the Strangeloves were invited to appear on The Ed Sullivan Show. “Richard denies it,” he says with a laugh, “But I’m telling you the truth.” By his account, they turned Sullivan down lest Feldman’s grandmother find out he was skipping college classes for a career in music. “The dean at NYU Law School called up Richard’s mother and said, ‘Mrs. Gottehrer, is Richard okay?’ ‘Well, yeah.’ ‘He hasn’t been to school for three months.’ His mother said, ‘He leaves here every day for school.’”

Feldman pauses to deliver the punch line. “This woman never knew what we were doing until we put something like 20 or 30 grand in cash on her counter and said, ‘This is what we’ve been doing.’”

Gottehrer, Feldman and Goldstein went on to release other singles under the Strangeloves name (“Hand Jive” and “Honey Do” from 1968) and in other fanciful guises, but none of those singles cracked the U.S. Top 40. The team eventually split, though they remained friends.

Richard Gottehrer went on to work for Sire Records, and became an in-demand producer, working in the studio with the Go-Go’s, Marshall Crenshaw, Richard Hell and the Voidoids, the Fleshtones and others. In 1997 he founded a music and entertainment company, The Orchard. Jerry Goldstein worked behind the scenes as well, managing Sly Stone and Isaac Hayes and producing albums by War. Feldman retired to Florida, but kept the zebra vests and the African drums handy; he’s currently working on a book, I Want Candy: A Strange Love Story.

“We had our first appearance together in 53 years in December 2018,” Feldman says with pride. “With 18 minutes rehearsal.” The FGG trio reunited for what’s likely to be a once-in-a-lifetime event, wearing their trademark vests and pounding on the drums while Yo La Tengo backed them up. “You couldn’t fit another person in the place,” Feldman says. “They didn’t announce who the special guest was going to be,” Gottehrer says. “And then at midnight, here we go!” 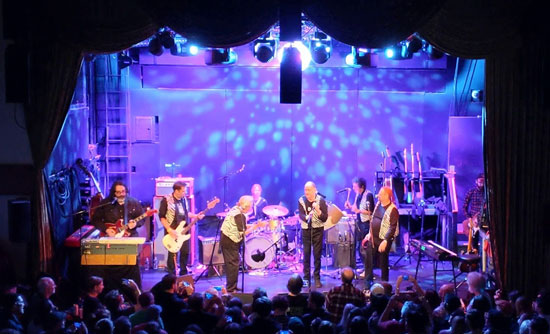 Because they were able to pick up when the pre-Beatles pop era ended, effectively becoming a group themselves, the trio of Feldman, Goldstein and Gottehrer managed to make a mark on music and pop culture. And with a boost thanks to Lenny Kaye’s Nuggets set and many cover version of Strangeloves songs, their music endures to this day.

Gottehrer points out that many of the artists in punk rock’s vanguard acknowledge a debt to the music of the Strangeloves and their contemporaries. “The emergence of punk music is very much rooted in music of the song-driven music of the mid- to late 60s,” he says.

“The Strangeloves were born out of necessity,” Feldman says. “But it’s been a blessing.”