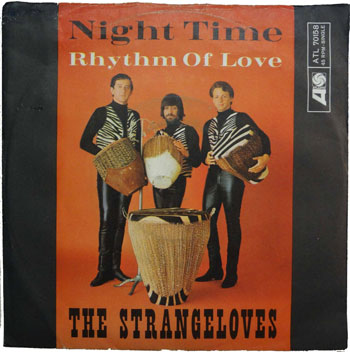 When it’s suggested that the story sounds like a scene straight out of a motion picture, Feldman agrees. “Listen, our whole career has been something out of a movie,” he says. A whirlwind of songwriting followed in the wake of those episodes. “We wrote songs on order for Chubby Checker, Dee Dee Sharp and others,” Gottehrer says. Snuff Garrett at Liberty Records was their next client. Feldman recalls, “He flew us out to California, put us in a hotel on Sunset Boulevard and said, ‘You don’t leave here until you got me at least two songs.’” They delivered.

Back in New York City, FGG scored their biggest hit to date with a girl-group classic, “My Boyfriend’s Back.” Feldman recalls how the song (#1 U.S., #50 UK) came about. “I was in a corner sweet shop having an egg cream, and there was a girl standing in the back, screaming. ‘My boyfriend’s back! You’re going to be in trouble. You’ve been saying things about me that aren’t true, and when my boyfriend gets a hold of you, he’s going to beat the shit out of you, asshole!’”

Feldman grabbed a napkin and a pencil and took notes. “I borrowed a phone, and called Richard and Jerry. I said, ‘Do me a favor. Do not leave the office tonight. I won’t even wait for the subway. I will take a cab to the city. I heard a number one song today.” When he got to the office, he and his partners got right to work. “The whole song was written that night,” he says. “Two weeks later, Richard came up with the key line, ‘If I were you, I’d take a permanent vacation.’”

Gottehrer says that the success of the Angels’ “My Boyfriend’s Back” meant that the FGG team started focusing on producing. The songs – many of them hits – kept coming at breakneck pace. “We learned to be producers by making demos,” he says.

But things changed quickly after the Beatles made their debut on The Ed Sullivan Show in February 1964; seemingly overnight, the market for the early ’60s style of pop dried up. “Nobody wanted our product,” Feldman says. We were talking about closing down.”

The songwriters realized they needed a new approach, a different angle. “The three of us were sitting around a table, smoking,” Feldman recalls. “We did a lot of cannabis in those days. So we decided we’d make one more record.” For this new disc, they’d adopt an exotic collective persona. “We couldn’t claim to be from Liverpool, because everybody would call us out in a heartbeat. So, I invented Armstrong, Australia. We were big fans of the movie Dr. Strangelove. So we were Miles, Niles and Giles Strange.” 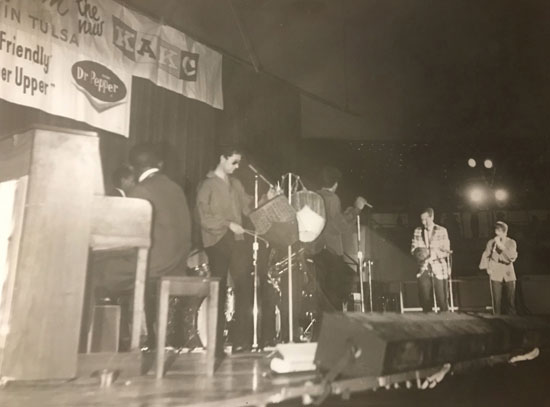 The “Australian” band’s first single, “Love, Love,” featured a mid-song spoken part from Goldman. “I did this half-assed recitation in an awful accent,” he says with a laugh. “I mean, awful.” The song – released on Swan Records – only reached #122 on the U.S. singles charts.

“But then we got a phone call from somebody called Gene Loving,” Gotteher says. “He was a disc jockey in Virginia Beach, Virginia, and he said, ‘If you guys come here and perform, I think I could make this number.” Gottehrer was interested; he and his songwriting teammates hadn’t planned on performing in public, but their skills were suitable enough.

Loving told Gottehrer that there was one small detail. “The only thing is, you told everybody you’re from Australia, and so you have to be Australian.” So with zebra-striped vests and rented African drums, the trio showed up in Virginia to play their songs. “And sure enough, he made the record [a local] number one,” Gottehrer says.

Back in New York, the group approached Atlantic Records in hope of landing a deal, but were angrily shown the door by the label’s talent development head, Jerry Schoenbaum. “He was screaming that we were just white dudes bastardizing rhythm and blues,” Feldman says. 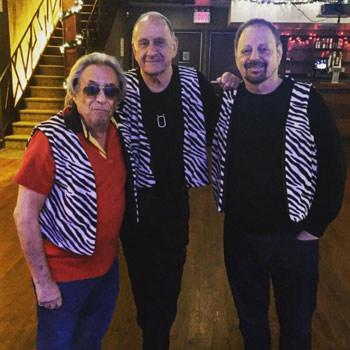 But on their way out, the trio encountered Ahmet Ertegun. “Listen,” he told them. “We’re starting a brand new company with Bert Berns, called Bang Records.” They headed over to Bang and met Bert Berns. He immediately invited the trio to collaborate with him on writing a new song.

“There was a big X-rated book by Terry Southern called Candy,” Feldman says. “So Bert came up with a song title, ‘I Want Candy.’” After providing a few lines of rhyme, Berns took his leave. “Listen, guys, my wife just gave birth to my first child,” he told them. “Use the office, and stay as long as you want. We’ll finish the song tomorrow.”

“He left,” Feldman says. “And we finished the song.”

Gottehrer says that when he, Feldman and Goldstein recorded the song, they sought to make it unique. “The record is layered on four track machine,” he explains. “It’s layered and layered with multi track vocals. There’s two full sets of drums, plus we were pounding on the African drums. And there’s that great guitar lead. The record was designed to be powerful, which I think we accomplished.”