New Yorkers in Sheep’s Clothing: The Strangeloves Story (Part One)

An edited version of this feature appeared previously in Record Collector. 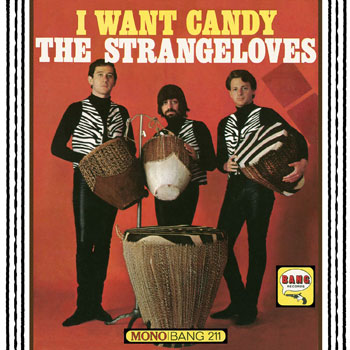 One evening in late November 2018, Lenny Kaye’s phone rang. The music journalist and (since 1971) guitarist for Patti Smith answered, and on the other end of the line was Todd-o-phonic, the disc jockey at WFMU. Todd told him, “You have to come to the Bowery Ballroom on December 4. Yo La Tengo is having a stand, and it’s a surprise.” Kaye was intrigued both as a fan of the Hoboken, New Jersey group and their habit of introducing unexpected musical guests. “I really didn’t know what to expect,” he recalls. “I thought maybe Ronnie Spector might show up.”

Kaye showed up at the ballroom, and was soon approached by his disc jockey friend. “He whispered to me and pulled me aside into the anteroom,” Kaye says. “He looked at me and said, ‘Voilà: the Strangeloves!’ And I cracked up; I thought it was the greatest thing.”

A reunion of the ’60s group that scored a 1965 hit with “I Want Candy” was a fairly unlikely event, and it was one that held special resonance for Kaye. Though the group – described as three sheep-herding brothers from Australia – had ceased to exist by 1968, their music was brought to a new generation a few years later, thanks to Kaye. The Strangeloves’ catchy, hard-driving “Night Time” (a minor hit at #30 on the U.S. single charts) was featured on Nuggets, the 1972 double LP curated by the journalist-musician.

A decade later, Bow Wow Wow released a cover of the Strangeloves most well-known song. Their remake of “I Want Candy” hit the Top 40 charts in seven countries, including a #9 showing in the U.K. And at least three more remakes – by Candy Girls, Aaron Carter and Melanie C – all did nearly as well around the world. That enduring appeal of the song built around a Bo Diddley beat is a testament to the appeal of the songwriting team of Bob Feldman, Jerry Goldstein and Richard Gottehrer (plus Bang Records head Bert Berns).

The Australian origin of the Strangeloves was a total ruse: in fact, they were three Jewish guys from New York City, Brill Building songwriters who had come together in 1962 as a production team.

Bob Feldman recalls how they started working together. “Jerry and I already worked as a publishing firm, Bob and Jerry Music,” he says. 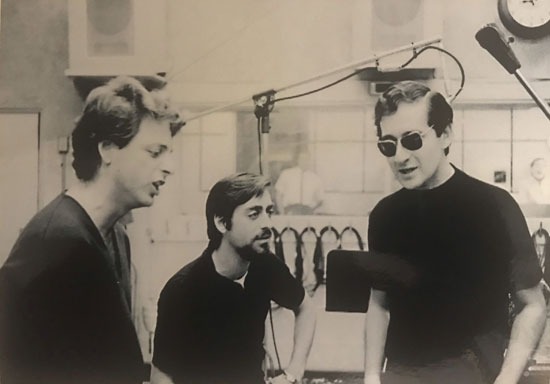 Back in 1959, when the plane carrying Buddy Holly, Richie Valens and J.P. “The Big Bopper” Richardson crashed,” Goldstein and Feldman penned and recorded “A Letter to Donna,” released as the Kittens. “We called a session on a Saturday, pressed the records on Sunday, and the record was released on Monday,” Feldman says. “It hit the charts the following week, and two weeks later it was off the charts.” They knew how to capitalize on events and trends.

In 1962, the duo got the opportunity to pitch some songs to Nat King Cole’s publishing company. “We had a 12 o’clock appointment, and we got there ten minutes early,” Feldman says. Also in the waiting room was a songwriter they didn’t know, Richard Gottehrer. “And he had an 11 o’clock appointment!”

As the clock stuck 1 p.m., the three songwriters were still awaiting their audience with the great man. “Bobby Lewis had had a hit already with ‘Tossin’ and Turnin,’” Feldman says with a laugh. “So we wrote ‘I’m Tossin’ and Turnin’ Again’ for him.” With two new songs to their credit, the three men decided to forget about their meeting with Cole. “We walked out the door, shook hands, and we changed Bob and Jerry Music to Grand Canyon Music,” he says. “We became partners that day.”

They walked over to nearby Beltone Records – home to Bobby Lewis – and immediately sold the freshly-written sequel tune. “The first two songs we ever wrote, both got cut,” Feldman says. They were given a desk at Beltone. “We became friends, and we became a writing team,” says Richard Gottehrer. “We stopped writing with other people; we just wrote with each other.” 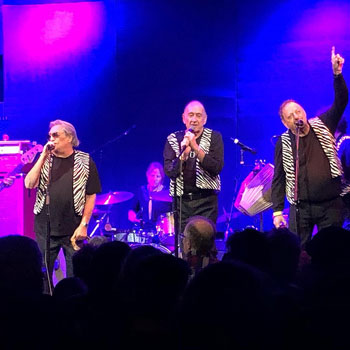 Two weeks later, Feldman was approached by “a very slick gentleman in a sharkskin suit” named Wes Farrell. Farrell was in the midst of a years-long hot streak; he eventually penned over 500 songs, many of them hits for the likes of the Animals, the Shirelles and Jay and the Americans. “I hear you’re the hot writers in town,” Farrell said to the trio. “How would you like to have the followup to ‘Palisades Park’?” Feldman and his partners were a bit wary; they weren’t sure Farrell could deliver on giving them the opportunity to write Freddy Cannon’s next tune.

Feldman vividly recalls his reply. “If you can get us the follow up to ‘Palisades Park,’ We’ll sign with you.” Farrell had a ready response. “I’m glad you said that, because we’re leaving for Philadelphia tomorrow morning to play them the song.”

The team now calling itself FGG Productions responded in unison. “What song?”

“The one you’re writing tonight,” Farrell coolly replied. So Feldman and his partners wrote the tune on the train from New York to Philly.