Ishmael: Art Looking to the Future

A thought-provoking Asheville-based visual artist is lending his skills in support of a fundraising event for a local nonprofit dedicated to helping students break the persistent cycle of poverty. The murals of Victor “Ishmael” Palenque are a prominent feature of the city’s defining visual iconography, and the message behind those murals dovetails with the goals of OpenDoors of Asheville. The nonprofit’s Art Affair: Look 2020 took place February 29.

OpenDoors celebrates and supports local students through its work, and the fundraising goal for this year’s fundraiser is $210,000, says Jen Ramming, the organization’s executive director. “All proceeds go to serve OpenDoors students and their families,” she says, “and 100% of food and art is donated, among tons of other goods and services that make the event possible.” 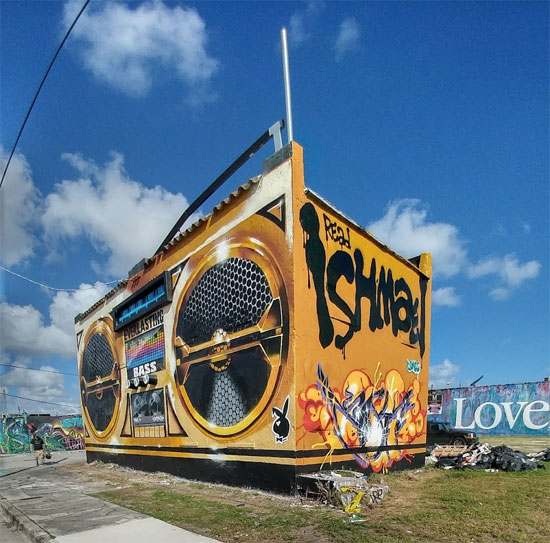 One of Victor Palenque’s murals in Miami

The Art Affair offers two ways to support the work of OpenDoors: a live auction for those in attendance, and mobile bidding that allows anyone, anywhere to get in on the action. A centerpiece of the items up for bid is what Ramming calls “an incredible, iconic piece” created by Palenque.

Victor Palenque is better known as Ishmael, the signature he affixes to his murals. Some of his work features the name as its central element. But nowhere does a mural explain what’s meant by the name; that’s intentional on the part of the artist. “ I knew that if I made it very clear, it wouldn’t cause that mystery,” Palenque says. “I wanted to make people look a little deeper.”

Looking deeper reveals that Ishmael is the title of a 1992 novel by Daniel Quinn. The award-winning book explores the author’s concept of “new tribalism,” with discussion of societal ethics, the threat of global catastrophe and hopes for a sustainable future.

“Instead of pointing to symptoms, Ishmael is pointing to the sickness,” Palenque says. That sickness is the manner in which food is made. “We’re starting to see how much industrial agriculture is the main culprit,” he says.

Palenque says that Quinn’s novel is responsible for bringing him back to art. “In ’98, I was going to work for Verizon Wireless,” he recalls. “I read the book, and kind of went crazy, back into being an artist. It was 1999 when I started to paint under that name.” His hope is that the enigmatic nature of his murals will lead people toward reading, understanding and acting upon Daniel Quinn’s ideas.

Victor Palenque shares the Ishmael author’s undercurrent of guarded optimism. “It’s time for adaptation more than stopping anything,” he says. “Now it’s time to adapt. And Quinn’s thinking is that it’s humanity’s next great adventure.”

That concern for the big picture combined with an optimistic spirit lines up with OpenDoors’ mission, says Jen Ramming. “Quinn’s books dig deep to offer solutions to huge global problems,” she says. “We hope to help our students and families do the same on a much smaller scale, always questioning entrenched societal norms and assumptions about what is possible and what their potential really is.” 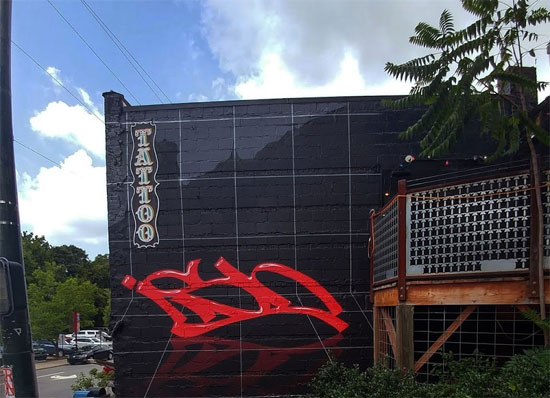 An example of Victor “Ishmael” Palenque’s street art in Asheville

Ramming says that OpenDoors uses education as a means of breaking the cycle of poverty. “And this is no small task, being that poverty stems from countless inequities and imbalances of power for children, especially children of color,” she says. “We take great inspiration from thought leaders, including local artists like Ishmael and author Daniel Quinn.”

Several student projects were scheduled to be showcased at the Art Affair. One, “Rocks in the Backpack,” involves youth working with Palenque to make stylized “rocks” representing the types of burdens faced by kids coming from under-resourced homes, Ramming says. “Each rock has words that help illustrate barriers like inadequate transportation, food deserts, undiagnosed dyslexia and violence,” she explains. “These giant artistic rocks will be carried around by performers for all guests to see.”

“Art has always been used like an antenna to communicate with the masses,” Palenque says. “As artists, sometimes it’s our job to try to tell the story of what we’re going through and what we see. We can bring some information to help the culture move forward, give options and open people’s eyes. So, that’s the way I’ve used art: as a tool.

“It’s not just pretty pictures. Sometimes there’s a story that needs to be told.”