Marinho’s Emotional Openness is on Display on ’tilde’ (Part One) 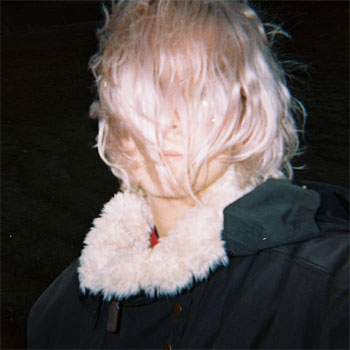 Serendipity is a beautiful thing. In September of 2019 I received a press release announcing the impending release of a new album called ~ (that’s pronounced tilde), the debut release from a Portuguese artist called Marinho. I listened to a bit of the CD that came with the press sheet, and I was immediately impressed. So I listened some more, and found myself drawn in by the folk-rock sound of this young woman from Lisbon.

As it happened, I had already scheduled a trip that included several days in the capital city of mainland Europe’s westernmost country. So I reached out to Marinho’s label representative; happily, we were able to schedule an in-person conversation to take place during my visit.

Filipa “Pipa” Marinho is a fascinating artist. I’m the first to admit that (ahead of my trip, at least) my knowledge of Portugal, its people and its music was quite thin. I do know a little bit about the fado musical tradition, a melancholy folk music that is as entrancing as it is complex (it has its own lute-like instrument, and the emotions it conveys lay beyond the reach of accurate translation). But as I would learn, Marinho’s cultural and musical foundation has as much – if not a great deal more – to do with American pop culture and music than anything she may have picked up growing to adulthood in Portugal’s largest city. And she certainly isn’t a fado musician.

In the final days of my European excursion, my wife and I met up with Pipa and Street Mission Records’ Dani Zinni. Our agreed meeting spot was the bustling, cross-cultural foodie nexus, Lisbon’s Time Out Market. But the eatery – a chef-centric re-imagining of the food court concept – was far too busy for a conversation. So at Pipa’s recommendation, we walked a block or two to a funky, relaxed-vibe bar called Pensão Amor. After situating ourselves in some comfortable chairs and ordering drinks, our conversation began.

One of the first things I wanted to ask Marinho was why she sings in English. Ahead of the question, I already had some ideas; her English is flawless, and only rare flashes of a Portuguese accent can be detected in her conversation. So I began instead by asking how she learned to speak English.

“By watching Cartoon Network,” she told me. As a child, Pipa Marinho consumed a steady diet of American-made animated programming. By the middle 1990s, the Atlanta-based cable channel had begun its own original programming; shows like Cow and Chicken, Dexter’s Laboratory, Johnny Bravo and The Powerpuff Girls may have put forth a somewhat skewed cultural representation of the U.S. (then again perhaps not), and the dada Space Ghost Coast to Coast was deeply weird no matter what one’s cultural perspective. But they were all English-language programs.

And it was by watching those and other shows that Pipa honed her English-speaking skills. More conventionally, perhaps, she learned how to play the guitar. But as to why she writes and sings in English … that still left me wondering.

“I started playing music at 14,” Pipa explains. “Of course I’m Portuguese, and I express a lot of my day-to-day emotions and life in Portuguese. But there are also a lot of feelings that naturally pop into my head in English.” She says that she earned her “emotional education” in English, so writing in the language is a natural progression. “Even when I’m writing a poem in my phone or in a notebook – even if the words aren’t meant to be in a song – a lot of the time they’re going to be in English,” she says.

Marinho has spent a fair time in the U.S. as well, so her creative output is colored at least in part by the experiences she had living and working several months in Los Angeles. At the time she was working for a Lisbon-based music startup (“kind of a Patreon for musicians,” she explains), and the company was in the process of expanding to North America. “I went for three months, she says. “But they ran out of money.” Still, the experience was a creatively fertile one, she says. While Pipa very much enjoyed the job, she admits that she was “very, very lonely for a lot of the time. You’re in a new place. You don’t know anyone. It’s a lot more expensive than your hometown, and all that stuff.”

So she bought a guitar.

For a few years prior, Marinho had stopped playing and writing music. “I was focused on other things,” she says. “I was focused on working in music, but doing other stuff.” But during her stay in Los Angeles, she found herself consumed by the need to write and play music. “I was going to a lot of shows. I was meeting a lot of interesting people. I was very inspired. So I bought a ‘baby’ Martin guitar from someone I met online. It’s the guitar that I still write and play with,” she says. “It’s a travel size guitar, but it has a big sound for what it is.”

Several of the songs on tilde were written – or at least begun – during Marinho’s L.A. experience. One of those is “Not You.” Its moody, snaky and alluring melody would have sounded perfect played over the speakers at Pensão Amor. “That one’s a collaboration with Monday, one of my favorite Portuguese artists. She’s also a folk singer-songwriter,” she says. With a wry smile, Marinho adds, “There’s not a lot of us in Portugal; about four or five.”

She says that several of the songs on tilde “were very much inspired by the people and the scene, and what I felt, while in the U.S.” While in California, Marinho got the opportunity to learn the ways in which its music scene is different from the one back home in Lisbon. “They’re completely different, but they’re not completely different,” she says. In Portugal, she explains, the music scene isn’t a self-sustaining industry. The Portuguese music scene “sustains itself out of passion, and not money. And it should be both, obviously. And in L.A., specifically, there’s obviously a lot of money,” she observes.

Except, she allows, when there isn’t. “There are a lot of DIY things happening there as well,” Marinho says. ‘But it is an industry.” She explains that if one is “making music in L.A. or Nashville or New York or even in Berlin or London – if you’re making music in this big creative hub of a city – it might be more difficult, because sometimes there’s more people making music.”