Prog in Disguise: The Buggles’ ‘The Age of Plastic’ at 40 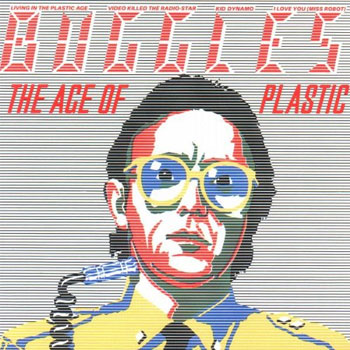 The late 1970s were an odd time for popular music. Today’s listeners know that punk made its mark in the middle ’70s, but it’s worth noting that from a commercial standpoint – especially in the U.S. – punk rock was a comparatively insignificant phenomenon. Instead, its effect was felt mostly in the ways in which it wold influence the music that followed in its wake.

Much of that music, loosely defined, would be described as new wave. Though a term so broad that it’s in danger of being rendered meaningless, new wave music in most of its forms shared a few core values. Though there were plenty of exceptions, it was comparatively stripped down, especially when considered in light of the progressive rock of the ’70s. New wave also often featured determined use of state-of-the-art synthesizers, then entering a new phase.

Just a decade earlier, synthesizers were massive machines with endless rows of knobs, switches and patch cords, and their keyboards were capable of playing only one note at a time. That all changed thanks to developments by American innovators Moog and Arp, British firms like Electronic Music Studios and – most significantly as the decade wound toward its conclusion – Japanese concerns like Korg and Roland. As the digital age dawned, features like polyphony (the ability for a synthesizer to play several notes at once), sequencing and arpeggiation opened up new frontiers for musicians. And MIDI Musician Instrument Digital Interface) technology provided a level of control heretofore unimagined.

While the progressive rock scene (and to a lesser extent the world of jazz fusion) had been home to most of the exploratory synthesizer work of the early and middle ’70s, it was a subgroup of new wave artists who would seem to have the most success with the new breed of machines. The term synth-pop is sometimes applied to these practitioners, due both to the artists’ building of their core aesthetic around synthesizer textures and to their focusing on relatively accessible melodic material.

And by the time that MTV launched in August 1981, there were enough synth-pop acts in existence that the nascent music video outlet could build its programming on a steady diet of that sort of music. Great Britain supplied many of them, including A Flock of Seagulls, Depeche Mode, Eurhythmics, Human League and Ultravox. And in fact the first music video played on MTV was a kind of clarion call for the new wave, The Buggles’ “Video Killed the Radio Star.” Though the song wasn’t composed to herald the dawn of MTV – in fact it was written a few years earlier – it served that purpose.

“Video Killed the Radio Star” would become a smash hit single in more than a dozen countries. And the group (duo, really) that created it would release its debut album, The Age of Plastic, a few months later, in January 1980. 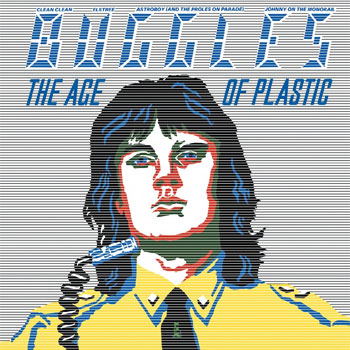 Keyboardist Geoff Downes and producer-vocalist Trevor Horn had written “Video Killed the Radio Star” and one other song, “Clean Clean,” with Bruce Wooley. The remainder of the record featured compositions by Horn and Downes. And although the Buggles would be lumped in with the new wave scene, their influences betrayed a mindset that placed them closer to progressive rock: Kraftwerk, Electric Light Orchestra and art-pop group 10cc.

Furthering the prog vibe, The Age of Plastic is a concept album, though it’s safe to assume that most listeners who picked up a copy of the LP didn’t consider it as such. Instead they likely enjoyed the science fiction-meets-synthpop feel of its eight songs. The musically ambitious “Living in the Plastic Age” has more in common with the sweeping, cinematic productions of 10cc and the complex arrangements of Yes (more on them forthwith) than the moody, stripped down synthesizer-based music of, say, Depeche Mode. And it’s that progressive rock feel that may have helped “Living in the Plastic Age” make it (however briefly) onto AOR playlists of 1980.

The shimmering pop of “Video Killed the Radio Star” suggests a futuristic glam-rock version of Elton John crossed with ELO at its most fussy, but with an irresistible beat and catchy chorus vocals that recalls ABBA. Downes’ multilayered keyboard work adds filigree to a straightforward pop song, but the arrangement is actually far more complex than it first seems. Though the sound and texture of the Buggles’ music may have been new wave, there’s an underlying progressive aesthetic at work.

The remainder of The Age of Plastic isn’t as memorable as its two opening cuts, but “Kid Dynamo” has a sweeping feel that suggests what Boomtown Rats’ Bob Geldof might have sounded like had he been backed by the cast of The Rocky Horror Show.

Trevor Horn’s bass work on The Age of Plastic rarely gets its due; he plays with a funk-disco feel, rendering the album suitable for dancing. Even now-dated textures like Vocoder (used extensively throughout the record) feel fresh and new in this context. “Clean Clean” is something of a mindless dance floor ditty, but it’s fun for what it is. “Elstree” suffers slightly for its strong resemblance to “Video Killed the Radio Star,” but considered on its own merits, it’s a catchy song with all the qualities that made “Video” a success.

“Astroboy (And the Proles on Parade)” employs stacks and stacks of synthesizers and programmed drum beats, but Downes’ silky grand piano work roots the tune in the non-electronic world. Save for Horn’s distinctive vocals, the song could have fit nicely on a Roxy Music album of the period. “Johnny on the Monorail” has a vaguely ’50s doo-wop feel, updated for the new wave set. Like “Elstree,” it sounds like a conscious attempt to score another hit. If so, it would fail in that respect, though it’s an effective set closer. 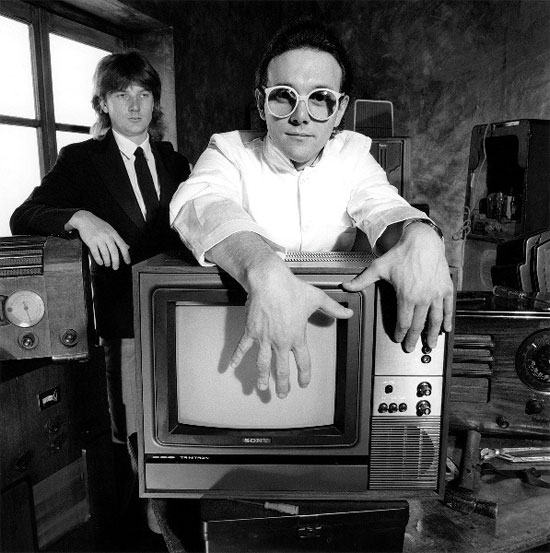 Horn and Downes’ progressive proclivities were never far from the surface. So – at least in retrospect – it shouldn’t come as a major shock that nearly as soon as “Video Killed the Radio Star” broke, they ended up replacing Jon Anderson and Rick Wakeman in progressive group Yes. They’d only last for one album, making the (then-maligned but later reassessed) album Drama. But their subsequent work demonstrated that for all their new wave bona fides, The Buggles were more of an art-rock project than a new wave outfit.

Horn went on to production (most notably Art of Noise), and Downes surfaced in another act that bridged a gap – this time between prog and arena rock – Asia. And many many years later, after Downes found himself once again a member of Yes, Horn came on board as producer, bringing along some superb Buggles leftover material. Those tracks formed the backbone of Yes’ 2011 return to form, Fly From Here.

In total, the Buggles were quite short-lived: one album, a break and a largely unheard followup with no Downes involvement, 1981’s Adventures in Modern Recording. But listening to their debut 40 years after its release, The Age of Plastic fits snugly into the creative timelines of both Geoff Downes and Trevor Horn, and reinforces the idea that they always had as much to do with continuing the, er, progress of progressive music, albeit working briefly in the pop-friendly context of new wave.