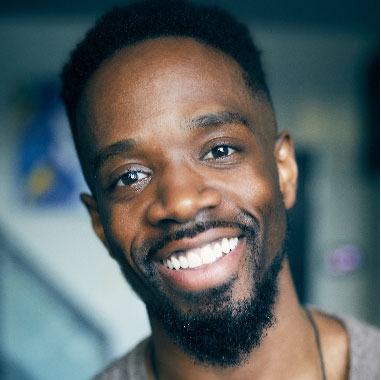 Shaun Boothe was inspired to create his Unauthorized Biography series after music icon James Brown passed away in 2006. “Brown was a big inspiration of mine, and a musical genius,” says the Toronto-based rapper and public speaker. “His musical contributions are unparalleled. But what most people don’t know too much about is that he was integral in the golden era of hip-hop. He’s the most sampled musician of all time.”

Boothe was working with a DJ, planning to rap a few bars over a mixtape. But he got the idea to do more. So he created a whole song in tribute to the Godfather of Soul. “And then came the idea to create a documentary style music video to go with the song that I had created,” he says. Boothe’s flowing, rapid-fire hip-hop rhyming compressed James Brown’s achievements and influence into a five-minute audiovisual feast. The resulting YouTube video was a success. “It was so well-received that we decided to do another one, and then another,” Boothe says with pride.

“I started off in the music industry as a hip hop recording artist,” he explains. “I had aspirations of getting a record deal and going that route. And these bios did kind of help to kind of get me in doors and build relationships.” He initially saw the videos as part of a way to make a name for himself. “If you didn’t know or care about Shaun Boothe the rapper, but you did care about, say, Bob Marley, that was a way in for me,” he says. But Boothe soon realized that he was onto something bigger than a hip-hop career. “So I created a business around it, and re-imagined myself as a speaker who also uses music in presentations.”

Today there are 15 videos in Boothe’s Unauthorized Biography series, highlighting the life and work of men and women from across the social, cultural and political landscape. He has created hip-hop videos spotlighting Muhammad Ali, Jimi Hendrix, Mahatma Gandhi, Rev. Dr. Martin Luther King, Oprah Winfrey, President Barack Obama and Canadian hockey superstar Terry Fox and several others. His live shows are an extension of those videos.

Many of Boothe’s chosen subjects are people of color, but that wasn’t a specific part of his vision for the project. “I just wanted to celebrate greatness,” he explains. “This is really a passion project. I started it because I loved it, it was creative, it was fun and it was meaningful to me. And then it just kind of turned into something.”

That something is a celebrated presentation series that finds Boothe traveling the world, bringing his profiles of greatness to widely varied audiences. “I started in schools about four years ago,” he recalls. “Teachers would invite me in to speak through the lens of black history or music education.”

He says that he fought quite hard to make sure his Unauthorized Biography performance didn’t get pigeonholed into what he calls the “Black History Month box.” Using his Muhammad Ali piece as an example, he emphasizes that “we can extract life lessons from his legacy that relate on an everyday level, one that’s applicable to not just black people, but to all people.”

The dynamic Unauthorized Biography presentation gets the audience involved. “Hip-hop artists are masterful at really engaging a crowd, and I’ve had a lot of fun integrating that into what I’m doing now,” Boothe says. He points to the call-and response nature of the show, and a question-and-answer period. “I’m a believer that we all have a voice that is worthy of being heard, and we all have a message that we want to get across,” he says.

Boothe believes we live in a time in which there’s value in celebrating greatness, wherever we can find it. “I’ve often asked myself, ‘When do I stop?’ he says with a warm laugh. “But I’m still going. When it starts to feel like I’m forcing it, then that’s when I’m going to gracefully bow out.”