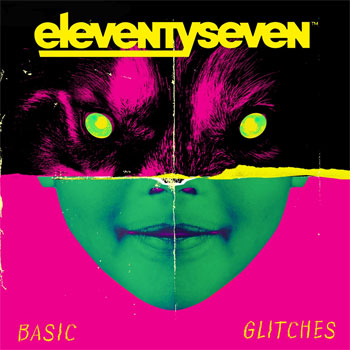 What a difference a couple of decades can make.

Eleventyseven got its start in Laurens, S.C. as a pop-punk band trafficking in Christian themes; one of its earliest shows took place when founding members Matt Langston and Caleb Satterfield were still in high school; that show was at a rally in support of sexual abstinence. After making a self-released album, the group landed a label contract with Flicker records. Growing in popularity, Eleventyseven released a string of albums; 2011’s Sugarfist came out in Japan on major label Sony. With a sound that crossed Green Day’s high-energy, radio-friendly approach with religious themes, the group seemed poised for greater success within the Christian music world.

Instead – and hinting toward Langston’s future – the group altered its approach radically, releasing an EP in the folk idiom, Attack of the Mountain Medley. A subsequent Christmas EP returned to the band’s original sound, but after a period of inactivity, the group disbanded in 2014. Langston then turned his attention back to his solo career under the name The Jellyrox. That Christian electropop project had previously released an album, 2012’s Heta Himlen, and a pair of EPs: a 2010 self-titled disc and 2013’s Embellish. Yet after 2015’s Bang & Whimper, Langston announced the reactivation of Eleventyseven.

But the re-launched Eleventyseven doesn’t sound at all like the Christian pop-punk band of old; instead its synth-heavy, dance-oriented rock feels much like an expansion of Langston’s Jellyrox work. In fact, from all evidence, the new Eleventyseven is a Langston solo project rather than a band. But as evidenced by 2017’s Rad Science, the new Eleventyseven did differ from Jellyrox in one key aspect: while sharing that project’s deep-groove electronic sound, it dialed back the religious theme. The single promoted from that album was “Microchip,” and its accompanying video focused upon uncharacteristically dark themes.

Like Rad Science, Eleventyseven’s latest, Basic Glitches, was funded through a successful Kickstarter program. And like its predecessor, it continues the project’s move away from Christian-oriented lyrics and toward a wider audience. A big production vibe and loads of synthesizers are the hallmarks of Basic Glitches.

The album’s leadoff track, “Killing My Vibe” is an exemplar of the new Eleventyseven. Catchy melodies, processed vocals and an insistent groove propel the song forward; individual instruments are less important than the overall sound, one with a decidedly electronic orientation.

Basic Glitches is packed full of insistent electroclash anthems like “Skip,” tunes seemingly designed as much for singalongs as to drive listeners onto the dance floor. Even midtempo compositions like the memorable “Letterman Jacket” are likely to keep that dancing going. “Cookie” is the kind of track one might expect to hear cranked out over the PA system at the local gym; it draws as much from the current iteration of urban hip hop/pop as anything else; perhaps even more so.

A cooing ballad, “Dizzy” is a reminder that Langston – who has long since shown his facility for working in whatever style he chooses – can craft a memorable introspective love song. The disc ends with a thumping dance tune, “Natsunoyo,” a lyrically upbeat note upon which to conclude the set.

But not really: in a nod toward early CD-era albums, the physical-media release of Basic Glitches features a pair of hidden, unlisted tracks. Wheatus’ “Teenage Dirtbag” had already been covered memorably by Scott Bradlee’s Postmodern Jukebox; Eleventyseven replaces the original version’s electric and acoustic guitars with synthesizers. A reading of DEVO’s “Girl U Want” is closer in both sound to the original, though the arrangement sands off the DEVO quirkiness in favor of a dance feel. And in that respect, it fits nicely onto a collection of Eleventyseven originals in that style.