Shot in the Dark: Utopia’s ‘Adventures in Utopia’ at at 40 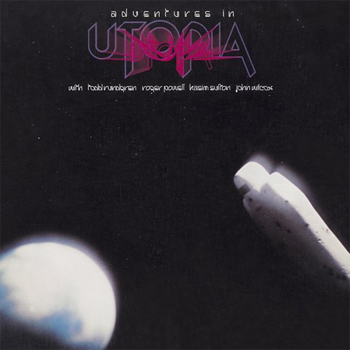 Utopia – or Todd Rundgren’s Utopia, as it was originally and would years later again be known – started out as one thing and became another. In its original form, Utopia was a progressive rock band modeled on a foundation similar to that of acts like Yes and Mahavishnu Orchestra. And while those two groups sounded very different from one another, at their best they shared a goal of pushing the boundaries of rock beyond the four-on-the-floor boogie of (great in their own way) bands like Uriah Heep and ZZ Top. And so it was with Rundgren’s group, a kind of side-project operated concurrent with his own (sometimes but certainly not always) more pop-oriented solo career

That early Utopia lineup went through myriad personnel shifts; a very early lineup – albeit one that never recorded – included Hunt and Tony Sales, sons of TV personality Soupy Sales; they’d resurface many years later in Tin Machine with David Bowie. A slightly more stable seven- or eight-man lineup made a self-titled debut album, highlighted by the sprawling masterwork, “The Ikon,” an ambitious piece that ran in excess of thirty minutes. (As a result, the grooves on the LP’s second side had to be cut close together to allow space for the side-long track; that meant a corresponding decrease in volume, something that led Rundgren to add turn-it-up instructions on later vinyl albums.)

Critics and concertgoers tended to appreciate Rundgren’s psychedelic-progressive work with Utopia, but record sales weren’t all that strong. As a result of that (and likely other factors as well), by the middle 1970s, Utopia was pared down to a quartet. This Utopia was meant as a songwriters’ collective, but the marquee value of Rundgren’s name – and the status that came along with it – meant that keeping a balance among the four musicians would always present a challenge.

The first release from the quartet lineup was 1977’s Ra. The centerpiece of that record was another lengthy piece, “Singring and the Glass Guitar (An Electrified Fairytale).” But fans who wanted something a bit less weighty could still enjoy some of the cuts on Side One, three of which actually clocked in at under five minutes each(!)

A mere seven months after Ra appeared, Utopia returned with Oops! Wrong Planet; that LP signaled an abrupt and major change in the group’s approach. With a dozen songs written by various combinations of members, it included pop songs (albeit pop songs of a rocking variety, like “Love in Action”) and even a ballad, the original version of Rundgren’s “Love is the Answer,” a hit when covered by England Dan & John Ford Coley.

More than two years passed before Utopia returned with its third album by this lineup, Adventures in Utopia. Released just after Christmas in December 1979, the album featured ten songs, eight of which made it in under the five-minute mark. As a collection of songs from a group with four writers, it was Utopia’s most balanced songwriting effort to date. In fact, it spawned a hit single that – for once – didn’t have a Rundgren lead vocal.

Time has dimmed some of the band’s recollections about the genesis of Adventures in Utopia, but there’s a general agreement that it was devised in part as a kind of audio answer to the concept of a television pilot. The group had recently built its own multimedia production studio in Upstate New York, and had hoped that the album would serve as a calling card for more work in that regard. A small credit inside the album’s gatefold liner notes read, “All songs originally performed for the Utopia video television production, Utopia.”

Those ambitions aside, Adventures holds together as a suite of songs. All songs are credited to the group as a whole, so it’s difficult to know who’s responsible for what. For the sake of simplicity we’ll consider the songs as chiefly the work of their lead singer.

Combining the synthesizer virtuosity of keyboardist Roger Powell with a strong melodic sense, anthemic tracks like “The Road to Utopia” had a fist-in-the-air kind of singalong appeal. That appeal was furthered by the ensemble vocals of the four, led in turn by one member (usually but not always the primary composer of a given song).

Drummer Willie Wilcox might have been the group’s most limited singer, but he could carry a tune credibly. He also wrote catchy melodies and straightforward, workaday (and occasionally wryly humorous) lyrics. The Roger Powell-led “Caravan” was one of the album’s most ambitious tunes, one that Rundgren would sing on his own solo tours for decades to come.

And Rundgren himself sang some songs that sounded quite radio-ready themselves: the swaggering and soulful “Rock Love” and the superb “The Very Last Time” rank with his enduring work.

But it was bassist Kasim Sulton – Utopia’s newest and youngest member – who would shine most brightly on Adventures in Utopia. In addition to sharing lead vocals on two songs with Rundgren (the prog-meets-hard glam rock “Last of the New Wave Riders” and “Shot in the Dark”), he took the lead on what many would consider the two best tracks on the album. The romantic love ballad “Love Alone” features some dated synthesizer work that keeps it from being a true classic, but a superior live version included on a Utopia videocassette featured Sulton seated at a piano, singing lead while his three band mates joined in perfect, heart-melting harmony. 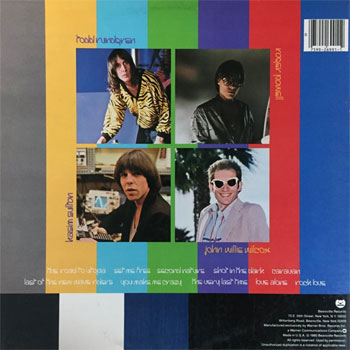 And the biggest surprise of all would be “Set Me Free.” The bouncy pop song would be the biggest hit Utopia ever scored; it reached #27 on the U.S. singles charts.

On the strength of that single, Adventures in Utopia did well on the album charts as well, making it all the way to the #30 spot in 1980. With a raised profile and a hit album and single, Utopia seemed to have the commercial wind at its back, and was poised to reach higher success with its next release. Unfortunately, that wasn’t to be: though it has its adherents (this writer among them) and earned critical plaudits, Utopia’s 1980 album Deface the Music was something of a commercial disaster. An album full of Beatles pastiches may have been fun for the band and its hardcore following, but it did little to win over new fans, and left confused those who enjoyed the strongest moments on Adventures in Utopia.

The group would go on to release four more studio albums after 1980; despite songs and performances of quality – especially on the 1982 album-and-a-half, Utopia and 1984’s Oblivion – the group never regained its commercial footing. Utopia split in 1985, reuniting for a one-off live album (Redux ’92: Live in Japan).

Rundgren, Wilcox and Sulton (the latter a longtime and continuing Rundgren associate) reconvened nearly four decades after the release of Adventures in Utopia. They billed themselves on their 2018 tour as Todd Rundgren’s Utopia, with Gil Assayas filling in for early Utopia member Ralph Schuckett (who himself had planned to fill in for Powell, who was suffering from repetitive stress disorders and hearing loss). A 2019 2CD+DVD set, Live at the Chicago Theatre documented the brief reunion tour; underscoring how well the music from band’s 1979 LP has endured, the set included several songs from Adventures in Utopia: “The Road to Utopia,” “Last of the New Wave Riders,” “Rock Love” and of course “Set Me Free.”