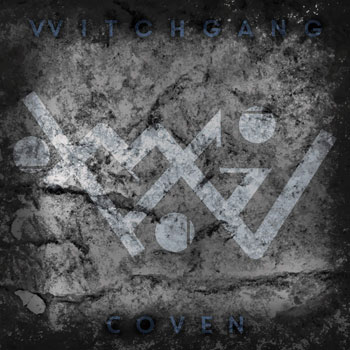 Music consumers can be forgiven for thinking that every possible combination of genres has been explored and exploited. Hip-hop/country? Check. Christian death metal? Yes. Hard rock-meets bluegrass? Sure; years ago, in fact. But enterprising artists remain on the prowl for new and interesting ways to link together the heretofore unconnected. And as best as I can tell, that’s exactly what Wvitchgang Coven has done. The Asheville-based artist Vvitchboy (born Johnchel Foster, also known as Jeshua) leads a crew called Vvitchgang Coven. The group’s self-titled debut album is described by the artist as a “goth/dark fantasy-inspired hip hop act.”

While the collective’s name might suggest Satanic metal, the tracks on Vvitchgang Coven seem to be steeped more in demons-and-wizard pop culture than black masses. The set opens with “Code Order,” with flowing, layered rapping atop a dense musical backdrop that sounds as if it was sampled from a film or television soundtrack.

“Skiddle Bop” is cut from completely different cloth; it’s an idiosyncratic voicemail message – real or constructed, we can’t quite be certain – from a festival promoter. In an attempt to sell Vvitchboy on the concept, the promoter reels off a hilarious list of the proposed festival’s features, including a bake sale and Satanic puppet show. Once the message ends, sound effects take over, creating an aural landscape that evokes nightmarish images of a rusted merry-go-round populated by ghosts. The juxtaposition of comedy and horror-leaning elements is unusual, but it succeeds in laying the groundwork for the album as a whole.

Vvitchgang Coven makes fascinating use of sonic textures throughout the album. Rather than rely on rote TR-808 beats and brown-note bass bombs – though those sort of elements do have a place in the collective’s sound – the group folds in sounds that seem to draw from a much wider array of sources; that variety gives the tracks a freshness, even when they’re built upon re-purposed elements.

One way in which Vvitchgang Coven does follow established practice is in extensive use of guest rappers and collaborators. The list of artists involved in the project is long and features Tael Eu, Asundrance, Herb Da Wizard, Morgana La’slay, Pac “O.J.” scarlaween, Yotunn and Kai Kai (you get the idea).

Pop culture floats in and out of the raps; even a cursory listen reveals mentions of slasher-film character Freddy Krueger and oblique references to Harry Potter. And the collective’s sense of history is made plain by the very traditional-sounding rap of “Mind Ya Bidness.”

There’s plenty of NSFW-style “street” language on the album, but it’s largely free of misogynistic or otherwise off-note lyrical content. Instead, Vvitchgang Coven skillfully combines horror and gothic themes with an urban sensibility and accessible arrangements. For better or worse, “Scotty Doesn’t Know” even works Cookie Monster-styled death metal vocals into the mix. And comedy makes a welcome reappearance on the faux-podcast track “Woke Vvitch Academy.”