Home  »  interview • pop   »   A Conversation with Johnny Mathis, the Voice of Romance

A Conversation with Johnny Mathis, the Voice of Romance 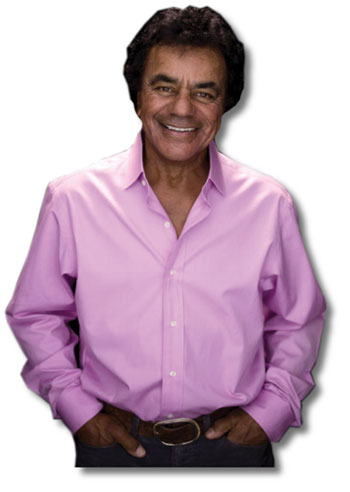 The following is a companion piece to my Johnny Mathis feature, found here.

Johnny Mathis is one of the most popular singers to ever pick up a mic. Starting with his third – and first #1 – hit single (“Chances Are” from 1957) and continuing well into the 1980s, the vocalist has been a regular fixture on the singles charts. And as one of the first album artists (the long-playing record format first gained popularity in the middle ’50s) he would strike Gold (half a million units sold) with no less than 18 of them. When most performers his age – 84 last September – have long since retired, Mathis continues, both as a recording artist and a touring performer. On the eve of his annual run of holiday shows, I spoke with the pop singing legend

When you record a standard – or even just a well-known song – you always manage to give it something that sets it apart from other versions. Do you consciously approach a song with the goal of doing it differently than it’s been done before?

A lot of that happens to be in the hands of who’s making the arrangement. And I think the most important thing that I’ve ever done as far as getting what I want the song to sound like is who I get to make the arrangement. And that’s always something that’s very personal. Usually I have a high regard for all of these wonderful musicians who arrange the songs for me; we get together and we talk it out and he tells me his ideas. It’s always a wonderful feeling when you go into the studio and – even though you’ve talked with the guy who is making the arrangement – to actually hear it, what’s going to be played while you’re singing, it’s just fascinating. It’s a never-ending kind of entertainment for someone like myself.

The title of your most recent studio album [ 2017’s Johnny Mathis Sings the Great New American Songbook] suggests that to you, the Great American Songbook is kind of a living thing that can be added to. For you, what are the hallmarks of a great song? What do you look for in a song that makes it special?

I kind of wonder whether anybody’s interested in the song that I’m going to sing; that has some relevance to what I think about. But the thing that is the most exciting – at least in my career – has been when I really get excited about something and want to record it. There’s so much music that I have access to, simply because I started singing and recording at such an early age. Songs came from so many different directions. And over the years I’ve almost recorded every kind of song. I’ve recorded religious albums, songs in Spanish, some in French. Over the years, my career has been enhanced by people who make a suggestion and ask me if I feel comfortable doing what they suggested. The judgment that I need [to make] is, “Can I do what they’ve asked me to do, and will I feel comfortable? Or, maybe should we should do something different?”

One of the most unlikely recordings that you’ve done was a 1970 cover of Willie Bobo’s “Evil Ways.” The arrangement really swings; it reminds me of the kind of thing that Buddy Rich was doing in those days, sort of big band reinterpretations of rock music, which I think kind of brought a number of different audiences together. There’s no question there, unfortunately. It was just a thought.

A lot of times, I have one idea about what I want to sing and how I want to sing it, and when I make it to the studio, I hear the arrangement [and think], “Oh, all right. We’ll do half and half; we’ll go with your way.” And most of it has to do with, tempos. The energy will absolutely come from all sorts of places. Sometimes it works. And if it doesn’t work, you go back in and change it!

With so many hits and well-known songs in your catalog and your body of work, how on earth do you select a set list for live shows?

Ah, it’s never ending. Sometimes I think, “Am I going to sing these songs again?” And then I say, “Well, this audience have never heard these songs.” And that’s my excuse. But also, there are times when I feel that the people wanted just to hear me sing; it doesn’t really matter what I sing because what I sing, evidently I feel secure about. So you have to take that into account that most people are hearing you maybe for the first time, so your repertoire is going to evoke, you know, the quality of your voice at this time and a lot of other little things. So it’s a never ending thing for me, but I have to rationalize and say, “Well, it doesn’t really matter what I sing, as long as I sing it.”

If you could change one thing about your life and career, what, what might that be?

I don’t think I’d change too much … I wish I were a little taller; that’s all. It would have helped me in basketball and high-jumping.

But if you had been more successful in those pursuits, you might not have gone into music …

I don’t think so!