Sweet Ride: More of My Look Back at Moby Grape with Guitarist Peter Lewis (Part Two)

What kind of things inspire you to write?

[You write about life experiences] because somehow that makes the part of your life meaningful. It’s not just something that you had to suffer through and you never want to think about again. It might be possible to go through things that you don’t want to have to deal with in life and then still make something out of them.

And that pretty much is what this album is. But I don’t know … maybe they’re all that way in some way. In the beginning when Moby Grape was happening, I thought my endeavor was just to write a cool song. But then you get to a certain point where you’re writing songs about your own life. Not just songs that you think people might like and that might get a rise out of people, but make it about you. 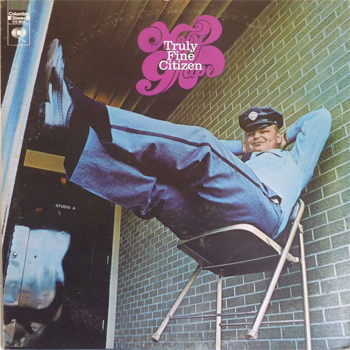 Moby Grape is thought of as a San Francisco band, but you’re from L.A., right? You knew Terry Melcher, Candice Bergen …

Yeah. Well, everybody knew each other in L.A. It was in that movie scene. We were all going to everybody’s birthday parties since you can remember. Some people grew up and they stayed in there and some didn’t. But that’s a whole other story, what happened to everybody that I remember as a kid.

The Moby Grape experience was beyond that; they all were like, “You left.” They sort of stayed right there. They were all in sympathy with it, but if you never left L.A. and you grew up in the show business thing, it was more like a fashion statement. Except for what happened to Terry when Charles Manson showed up; that was kind of just like being invaded. But I think, in a strange sense, maybe all of them saw the whole Northern California scene with that whole subculture up there as being sort of too much. That was way too far out for them in a way. But they were in sympathy with the politics and everything, the idealism and so forth.

One of the remarkable qualities of Moby Grape was the fact that everyone wrote. It was a songwriter’s collective before that term existed, before groups like Crosby Stills Nash and Young made it widely known. At the time, did you see what you were doing as kind of groundbreaking?

No, I think it was just–we just accepted that that’s what we had on our hands, more or less. And it was really, really cool because, all of a sudden, we just had these fucking cool songs. I don’t think we ever discussed it or anything, but it was like that. Somebody could help you with your song and you could help them with their song. And there was a “one for all and all for one” kind of sense of cooperation there that made it bigger than the sum of its parts. We knew that that was the key for us, as far as being able to say, “Okay, we can join the crowd. Here are these other bands that are up there on the stage at Fillmore, Avalon. Give people something to hear.”

I ran into Kenny Loggins at the beach the other day and he was saying, “Oh, yeah. You guys were kind of the Buffalo Springfield of the North.” And I thought, “Yeah, that’s it.” We sort of were like that, except that I guess Bruce Palmer and Dewey Martin didn’t write. 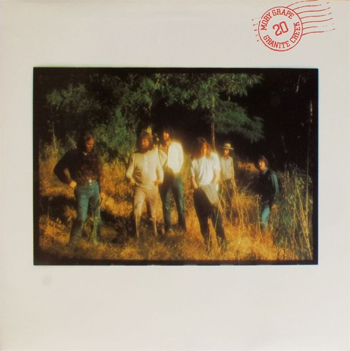 Other than Jefferson Airplane, I can’t think of many other group from the 60s that had three guitarists. In practice, did you guys find that there was space in the arrangements for all of you?

No, you had to stay out of the other guy’s way! If Skip was doing one thing, I was picking or he was playing these chunky things, then Jerry would just weave it together. The Springfield was doing the same kind of thing. They got better at that, too, after they heard us. So, I heard Neil Young says in his book, “Did Moby Grape influence the Buffalo Springfield?” And he said, “Well, the same way that Buffalo Springfield influenced Moby Grape.” And I thought, “Well, that’s not quite the deal, but okay. That’s all right.” Who cares?

Whenever I find myself in conversation with somebody who, for example, is discovering great music from the 60s, I tell them that one of the very best bands from the era is one that they probably don’t know. And then I turn them onto Moby Grape. Do you feel that the band has gotten its due?

No. Because I think that they cast us as a scapegoat. It’s like that was our role. Looking for redemption, that’s a hope. You can use that to drive you if you want, but with the realization that that might never happen. So, if that doesn’t happen, is that going to destroy your faith in your life? It’s like because that’s how I really feel.

If there’s anything like karma going on here, then we’re trying to create good karma by living in a world that is fraught with all this uncertainty. You have to exhibit some kind of a response to that. It’s really got to be about that because everybody didn’t get to be Neil Young, build their house on the side of a hill. If you spend your whole life regretting that, I think you missed the point.