Home  »  interview • rawk   »   Sweet Ride: More of My Look Back at Moby Grape with Guitarist Peter Lewis (Part One)

Sweet Ride: More of My Look Back at Moby Grape with Guitarist Peter Lewis (Part One)

Moby Grape is the prime example of a richly talented group that endured a long series of setbacks; those obstacles blunted the group’s success. Had their luck (and, it must be said, judgment) been better, today the San Francisco quintet might be widely acclaimed as one of the best bands of the late ’60s. In fact – though they’re not nearly enough well known – they nonetheless deserve that level of praise.

Guitarist Peter Lewis recent released an excellent solo album, The Road to Zion. And during our conversation about the new record, he was also willing to discuss his old group. Below are selected excerpts from that part of our conversation. 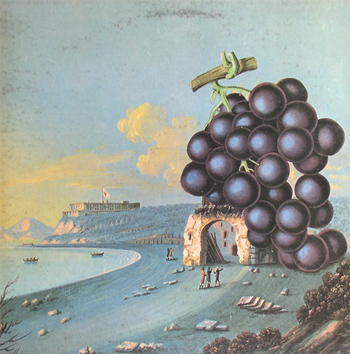 Moby Grape’s battles with former manager Matthew Katz come up in any discussion of the band. Is all that behind you now, or does he remain the bane of your existence?

We beat him, finally, in court with the publishing and the name, but that took 15 years. There was a point at which I think he was trying to sue me for saying that he looked like the devil. He’s just kind of a “thin-lipped, manicured mustache kind of guy who wears black clothes, has white skin” kind of guy. There’s something about him. He’s just got this weird image or some sort of a–I don’t know–a way he wants people to perceive of him, I think. More like an ego trip. His trip has to do with sort of proving that he was the first guy that thought of all this stuff, that Bill Graham was just copying him. He spent his whole life trying to prove that. It is a life lesson if you watch what he did and how he ended up. You just say, “Well, I don’t want that to happen. I don’t want to have that happen to me.” I mean, basically that’s how he affected me. It’s just like I want to get as far away from this guy as I can.

Getting a name and publishing back was one thing, except we were too old to go take advantage of it. But even after that, when Sony came out with the re-release thing, he had that stopped because he claimed he owned the artwork on the first two records. But he didn’t. That’s his character in the scheme of things. Whatever his defense might be, I think it started when he got fired by the [Jefferson] Airplane and he just thought, “Well, that’s never going to happen again.” He did the same thing and tried to prove that that was okay for him to do in the first place. So, he’s the kind of guy that doesn’t learn.

I understand that one of Katz’s assertions is that he assembled the band. How, in fact, did Moby Grape come together?

Joel Scott Hill had a trio and at one point, it was Bob [Mosley], Joel and Johny Barbata, who played for the Turtles later. It was a really good club band. And I had a band called Peter and The Wolves. We were both playing in L.A, and one Sunday Lee Michaels was playing with Joel and Johnny after Bob quit or something; I don’t know what happened there.

But anyway, Joel and Lee came into this club, Gazzarri’s, that I was playing at. Gazzarri’s was sort of a laundering for the mob. And people in there all had shark skin suits and their hair razor cut. People were still caught up in the fashion thing. But anyway, but they came out there one Sunday to check me out for some reason, and I went down and I jammed with them the next Sunday. Joel wanted to start a band with original material. And so, I was going to do that with him and his band and I guess he disbanded, or Lee Michaels might have taken off. So, that’s how he got together with me. And then, somehow we needed a bass player and I said, “Well, I know this guy, Bob Mosley, but he’s crazy. I should call him.”

People were changing bands back then; Johny went to play with the Turtles and then my drummer went to play with Joel. And but anyway, at some point, after the Airplane had fired Skip, Matthew went to LA. He couldn’t get any musicians to join Skip’s band because Matthew had a bad reputation up there. So, he was in L.A. looking for a drummer. Because Skip was really a guitar player.

He interviewed the drummer who had worked for me, but they got Spencer Dryden. And Spencer had played with Peter and The Wolves, too; everybody kind of knew each other. And so you were waiting around to get cherry picked maybe at some point. 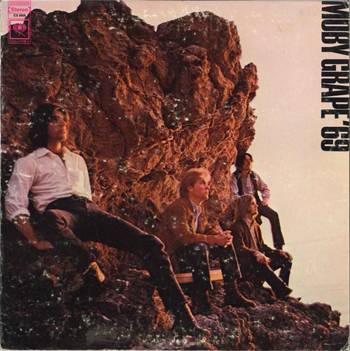 But then, Matthew had come back and showed up at one of our practices. He was kind of twisting his goatee, kind of looking at us. I didn’t even know he was there. Afterward I got a call from our drummer, “Hey, this guy was there at our practice and he wants to talk to us at his apartment on Sunset Boulevard.” So, we all went up there, this guy’s apartment, it was Matthew. He was pitching us on going to San Francisco. Joel and me and Bob and this drummer. And he spent all afternoon kind of showing us The Airplane’s first record and wanting us to go up to San Francisco. After we left, Joel said that he didn’t like Matthew: “I’m not going to do that.” But somehow me and Bob and the drummer went up there just to check out the scene. And Matthew didn’t tell us we were going to be in Skip’s band or anything. It was like we were just coming out to San Francisco.

So you could say that he started the band; in that respect, yeah, he invited us to go to San Francisco. But Skip didn’t like the drummer or something, and so the drummer took off. And then, Bob called Jerry Miller and Don Stevenson who played with him in The Frantics, and that’s how Moby Grape got started. We rehearsed in Matthew’s basement. But he didn’t think the name up. We trusted Matthew. Matthew was fine for a while, but then all of a sudden, when people started paying attention to us, he got real proprietary.

And we did sign the rights of the name over to him because he wasn’t going to give Jerry and Don money to pay their rent or something if we didn’t do that. So, it was like instead of trying to just be one of us, he tried to take control of it. At some point Matthew was trying to get us to sign this addendum to his manager contract. It gave him the rights to the name. And Neil Young was up there and he said, “Don’t do that. You guys are crazy if you do that.” And somehow we did it. And in the meantime, we got our record [deal] with Columbia without him; Matthew was gone. After a certain point, Matthew just disappeared. Somehow he just disappeared and put these other bands together and called them Moby Grape.