Moby Grape’s Peter Lewis: A Rock ‘n’ roll Survivor on ‘The Road to Zion’ (Part One)

Ask a hardcore rock music fanatic to name the most underrated band of the 1960s, and the answer you’re most likely to get is this: “Moby Grape.” Though sometimes credited as an early example of country rock, Moby Grape could rock as hard as any San Francisco band. And the came up with catchy, single-worthy tunes; all five members of the band could write songs and sing. As one of the era’s few groups with three guitars, Moby Grape created musical fireworks without descending into musical chaos.

But today, Moby Grape is largely unknown outside the circle of pop music historians and serious students of ’60s rock. The ill-starred San Francisco Bay area band’s career was fraught with all manner of setbacks – arrests, battles with management, mental illness and a backlash to shameless over-hype by its record label – yet Moby Grape crafted a near-perfect debut album. The succession of records that followed 1967’s Moby Grape were arguably uneven, but all contained at least a few gems. Yet in the face of overwhelming adversity – the product of both bad luck and bad choices – the band never fully capitalized on its stellar debut. 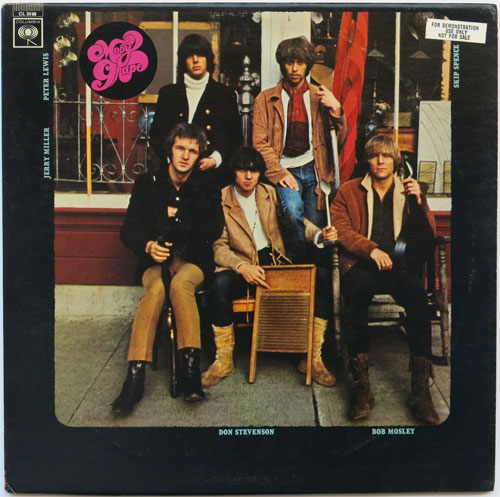 Nor did Moby Grape ever completely break up. Though for many years the band couldn’t legally use its name – former manager Matthew Katz claimed ownership of it – the musicians got together often, billing themselves as The Melvilles, Mosley Grape, Fine Wine, Legendary Grape and even Maby Grope. The group’s history is one filled with heartbreak, gallows humor and – most of all – some great music.

After 1971’s overlooked 20 Granite Creek, Moby Grape would only release two more studio albums: Moby Grape ’84, a record that – bizarrely, in light of shared antipathy – was produced by former manager Katz, and Legendary Grape, a cassette-only limited release from 1989 that would eventually be reissued on CD in 2003. Neither project included Spence, who did play with the band on and off through the ’70s.

Most of the original band would remain active musically outside the band as well, at least for a time. Spence released only one album, 1969’s Oar, an acid-folk collection that – while it originally sold about 500 copies and quickly went out of print – is regarded as a minor classic. Mosley released a self-titled album in 1972, and though he had more than his share of personal difficulties, he would go on to release five more albums; 2005’s True Blue is his most recent.

Jerry Miller released three solo albums in the 1990s, and has kept busy beyond Moby Grape and solo work; he filled in for Sky Saxon when the Seeds took part in a ’60s revival tour. Don Stevenson released his debut solo album in 2010; Buskin’ in the Subway followed in 2018.

Today at age 74, guitarist, singer and songwriter Peter Lewis still has plenty to say musically. In recent years he toured and recorded with another sixties legend, the Electric Prunes. Among other music-related activities, he made a self-titled album in 1995, released two live albums with David West, and produced 2015’s Arwen, an album by his daughter and featuring new versions of classic Moby Grape songs.

Lewis’ latest release is 2019’s The Road to Zion, a collection of songs some of which date back many years. He says that at this point in his life and career, he doesn’t feel the need to “write a cool song any more. It’s more [about] trying to communicate something about life that I’ve learned,” he says.

One of those life lessons came in 1983 when Lewis was part of a backing group playing at the opening ceremonies for the Rock and Roll Hall of Fame. He recalls the glad-handing and schmoozing that was part and parcel of the experience. “You’re expected to interact with all these people, the public side of the music business where you’re there to just be part of this carnival scene.” Making the point that for the most part, being a musician is a solitary endeavor, he admits that “I went back to my hotel room, thinking about how much I would like to not have been there.” 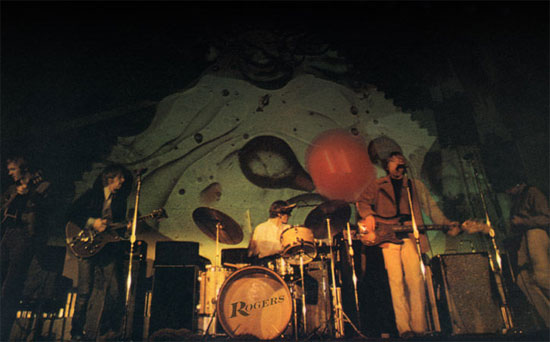 That program also included an ad hoc band made up of what Lewis describes as “writers who play music for fun.” He says that their performance felt like a mean-spirited parody of real, working musicians. “They were all up there in costumes and making fun of music,” he recalls. “It just seemed so far away from the 60s.” The unpleasant experience did have an upside; it would yield “In This Place,” a standout track on Lewis’ The Road to Zion.

The songs on Lewis’ new album are rooted in a country-rock style that will sound warmly familiar to listeners who enjoyed 1968’s Wow. “The Road to Zion” would be right at home on Moby Grape ’69, and “When I’m Gone” bears a melodic resemblance of the title track off Moby Grape’s fourth album, 1969’s Truly Fine Citizen. Lewis is in fine voice throughout the 11 songs on The Road to Zion, hitting occasional high notes with ease and exploring the sonic textures found in a variety of electric and acoustic guitars.

Lewis has some experience distilling inspired music from difficult situations. His powerful “Fall On You” for Moby Grape is an uptempo rocker, but its lyrics focus on pain, betrayal and loss. And sometimes – as with another song on Moby Grape’s debut album – the equation worked in the reverse direction. Lewis says that when he wrote the melancholy “Sitting by the Window,” he “had a marriage that worked, and everything. But then when that song got out there, in a weird way, that song started singing me. I ended up a year later without a marriage; I became that guy in the song.”