Home  »  interview • rawk   »   No Such Thing As Rock ‘n’ Roll: A Conversation with Mott the Hoople’s Morgan Fisher (Part Two)

No Such Thing As Rock ‘n’ Roll: A Conversation with Mott the Hoople’s Morgan Fisher (Part Two)

Well, obviously, it was a huge shock because we thought we were about to make it really big. I think they may have even already booked Madison Square Garden for us. And Mick Ronson had just joined as well, which was a real thrill for me because I was a big fan of his. So, we lost him as well at the same point, which is enough for most bands to want to give up. I can see that.

But what I think is that, although Ian Hunter is the frontman and the main songwriter, the core of the band is actually the bass player, Overend Watts and the drummer, Buffin, Dale Griffin. Because they started together in high school and it’s almost like their career has been one single line right up to the end of Mott or British Lions with different people coming and going. 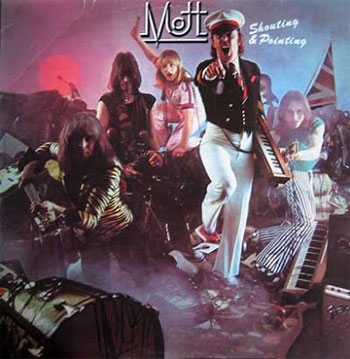 You may know that Ian Hunter was actually an add-on. He wasn’t in the original band who had a different name. And when they auditioned for Island Records in ‘68, I think, they said, “Great band, but you need a different singer. Singer’s not right.” It’s a bit like when The Rolling Stones auditioned. They said, “Great band, but the pianist has to go. He’s got the wrong image. Get him out.”

And they had a good singer. I didn’t think there was anything wrong with him, but of course Guy Stephens, who was a producer, knew better. And he found Ian Hunter, said, “How about this guy?” And at the beginning, they didn’t know what to make of each other, but look what happened. It all worked out.

So, in a way, Ian was an add-on. So, when he left, we were back to the core of Overend and Buffin, and they don’t want to give up. So, we just thought, “Well, we need some more add-ons!” So, we looked for a singer and a guitarist. And we found two good guys and just carried on.

Probably, yeah. We did two albums as Mott; that was the second one. I started to contribute because Ian – who’s an amazing songwriter – was out of the picture. I didn’t even bother when he was in the band, but now Overend was writing most of it. And he said, “You’ve got to help me. I don’t have enough songs.” So, I did.

Were the songs that you were writing a continuation of what you were doing with Morgan, or were you consciously writing in a different style?

Well, I mean, there’s one particular song on Shouting and Pointing called “Career (No Such Thing as Rock and Roll),” which is a big ballad, and it has some pretty sophisticated chords in there. So, I think what I was doing in prog, some of it did go into that. I couldn’t just start writing great rock songs because I didn’t really know how. I still don’t know how, really. I mean, I still like adventurous harmonies and melodies and things. But I just brought it out of a kind of rather, yeah, snobbish prog rock world into the rock world as The Beatles did with a great ballad amid the great rock. So, it’s kind of more like that. So, I think it fitted in, but it was something that the guys in Mott the Hoople would never have done. 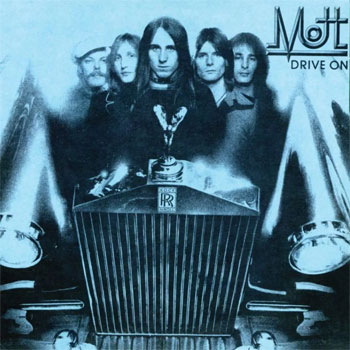 I play keys, and a lot of times I can tell, “Oh, that song was written by a keyboard player,” or, “That was written by a guitarist.” There are plenty of exceptions to the rule, but I think as a rule it’s harder for keyboard players to write rock music because we’ll use these interesting chords and things like that, whereas a guitarist can make something great out of a couple of barre chords.

That’s why Ian Hunter can do it. Because – let’s put it politely – he has limitations on the keyboard. And there’s nothing wrong with that. I mean, I love John Lennon’s keyboard, too. He had limitations, but he had some great feeling. Ian actually said something to me – and he might have been joking – about “All the Way from Memphis.” A great piano rock song. He said, “I wrote it on the black keys because there’s less of them.” Why not? There’s only five!

“All the Way from Memphis” and David Bowie’s composition “All the Young Dudes” were hits in the U.S. But earlier albums like 1970’s Mad Shadows are virtually unknown here in the States. Mott the Hoople was always much more popular in the UK than they were over here. Do you think there was anything about the band that was peculiarly English that made you go over better in the UK than the U.S.?

Yeah. And it’s happened to other bands too. I think Status Quo never got anywhere in the States. There are a lot of anglophiles in the states, people who just love British rock. So, with our career, eventually we were about to crack it big. We made the transition from playing to just anglophiles into playing to bigger audiences who would fill Madison Square Garden. So, we were about to crack it.

So it’s kind of hard for me to look at the band and say, “Well, what is it about the band that would not have us cracking in the States?” Because we almost did. And of course, “All the Young Dudes” kicked down that door, I think. Bowie really gave us the keys. That was our trump card, shall we say.