The ‘It Was Fifty Years Ago Today’ Tour, Part Two

Todd Rundgren readily admits that he views The Beatles as an uneven record. “The album is incoherent,” he says, “and contains stuff that a lot of us found curious, but not essential, like ‘Revolution 9.’” But he acknowledges that for many listeners it remains a classic. “I think there were diehard Beatles fans who said, ‘Anything they wanna do, I’ll go for that.’ But it sort of marked the beginning of the end for The Beatles.”

Like many listeners, he thinks of The Beatles as the sound of individuals. “A lot of it was obviously the different guys in the band going in their own directions,” Rundgren says. “There was less and less ‘Lennon-McCartney’ and more and more McCartney or Lennon or Harrison. As it turned out, I was disappointed in the record.” 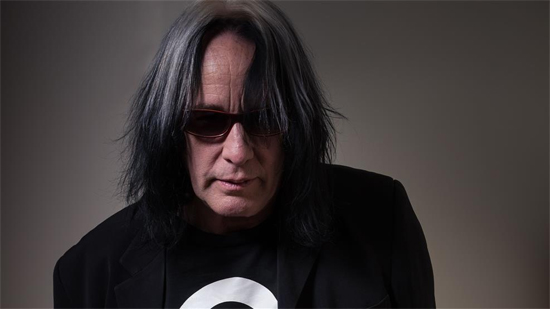 Yet Rundgren’s disappointment was and remains tempered by his appreciation for some the the album’s lesser-known cuts. He mentions Harrison’s “Savoy Truffle.” “That song revealed [George’s] hidden talents that had been overshadowed by Lennon and McCartney,” he says.

Rundgren never worked with the Beatles, though he does have a strong Beatles connection. The singer and multi-instrumentalist was a member of Ringo Starr’s All-Starr Band in 1992, 1999 and from 2012 to 2017. And decades earlier, Rundgren had been brought in to replace producer George Harrison (then busy planning the Concert for Bangladesh) on sessions for Badfinger’s 1971 album Straight Up. That’s when he first met guitarist Joey Molland, guitarist in the Beatles protégé band signed to Apple Records.

That time wasn’t a happy one for the group. Molland recalls those sessions as “a very unpleasant experience; Todd was so arrogant.” But he concedes that Rundgren has a different view. Years later when he approached his former producer about their time together in the studio, he says that Rundgren replied, “That’s how you remember it, but it wasn’t really like that.”

“He enjoyed himself,” Molland says. “That’s kind of weird.” But Molland – the sole surviving member of Badfinger’s classic lineup – shrugs it off. And he’s looking forward to getting onstage with Rundgren. “It should be a lot of fun,” he says. “Todd Rundgren is a great guitar player.”

A Liverpool native a few years younger than the Beatles, Molland was 21 when the White Album was released. By that time he was already a professional musician himself, a member of Gary Walker & the Rain. He recalls the first time he heard the double album. “I liked a lot of it,” he says. “Some of it I felt was a bit weird, but I really enjoyed it and I liked the way it was still a Beatle album.”

Molland recognized the album’s experimental nature, but he preferred the more straightforward cuts. He mentions “Glass Onion” and “I’m So Tired” – both Lennon compositions – as favorites. “And ‘Cry Baby Cry,’” he adds. “That’s one of the songs I’m doing.”

Joey Molland will also take the spotlight for two more Lennon numbers, “Dear Prudence” and “Revolution 1,” the slower arrangement of the non-album hit single. He says that the process of song selection came naturally and without conflict. 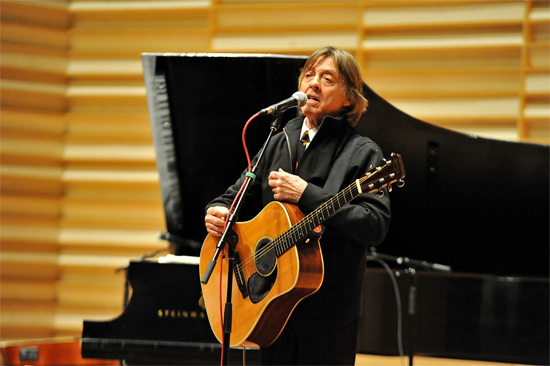 On the tour, Rundgren will be out front singing and playing on some of the album’s heavier, rocking songs including “Helter Skelter,” “The Continuing Story of Bungalow Bill” and “Everybody’s Got Something to Hide Except Me and My Monkey.” “I think there’s another one,” Rundgren chuckles, “But I can’t remember which one. It might be ‘Sexy Sadie.’”

The final list of songs – and lead singers – hadn’t been made public at press time, so concertgoers can expect a few surprises. But they’re not likely to witness anything too off-kilter. When it’s jokingly suggested that Christopher Cross might take the lead vocal on the eight-minute avant garde audio collage “Revolution 9” – a work to which Yoko Ono contributed to some degree – Rundgren laughs. “Yeah, that’s it. And I’ll be rolling around in a bag onstage.”

Molland chuckles when it’s pointed out that there’s not a great deal of stylistic overlap between the sort of music with which he’s associated and that of former Monkee Micky Dolenz or Christopher Cross. “Christopher is a great songwriter, and a great performer as well,” he says. “Micky is a giant star still; he’s well loved by his fans. And he’s a lovely guy. So it should all work out.”

All of the co-headlining musicians on the “It Was Fifty Years Ago Today” tour have extensive catalogs of their own upon which to draw for the concert set list. Dolenz released nine albums with the Monkees during the group’s heyday, and scored many hit singles. Badfinger’s classic lineup made six highly regarded albums between 1970 and ’74; among their string of hits is “Baby Blue,” a song that gained renewed popularity when used in the final scene of Breaking Bad.

Jason Scheff replaced longtime Chicago lead singer Peter Cetera, remaining with the band for four decades. Christopher Cross won five Grammy Awards for his 1979 self-titled debut album (and a 1981 Academy Award for “Arthur’s Theme”). Rundgren has enjoyed a career filled with critically acclaimed albums, as well as hit singles including “Hello It’s Me, “Can We Still Be Friends” and “Bang the Drum All Day.”

Rehearsals for the tour were scheduled in Florida in the weeks ahead of the opening date (September 19 in Bethlehem, Pennsylvania). And Molland expects the high caliber of musicianship to yield good musical chemistry. “Don’t expect us to go on and jam our way through Beatles songs,” he cautions. “Because they don’t lend themselves to that.” He says that the evening of music will be full: about 45 songs over the course of approximately two hours. “It sounds like a fun show, doesn’t it?” he offers.

“Everybody loves the Beatles,” Molland points out. “Everybody loves to do Beatles songs. And the White Album is a great record; there are lots of great songs on it to do. And it just seemed like a good idea.”